The crude oil tanker Australian Spirit finally arrived to anchor in Bedford Basin early this afternoon.
The ship was towed in by the Venture Sea, assisted by Atlantic Larch and joined by Atlantic Willow and Atlantic Fir to provide the steering.

Australian Spirit passed Meagher's Beach in tow with a forest of ATL tugs on the stern. Not seen is CCGS Earl Grey standing off the stern.

The ship came in with a rising tide to ensure maximum depth of water as it transited the Narrows.The tide flow brought fog with it, and once the ship had passed the Macdonald bridge it sounded its fog signal, which boomed off adjacent buildings, making for a very eerie-and loud-impression. However as the ship was under tow and with no maneuverability, it sounded one long blast, followed by two short blasts, at intervals of less than one minute, as per regulations.

Yes this is a colour photo - you now know what "black thick of fog" means - and it got worse!

Once the ship anchored in Bedford Basin it was able to release the harbour tugs for other duties, but it must keep one tug alongside at all times since it is not able to sail independently. 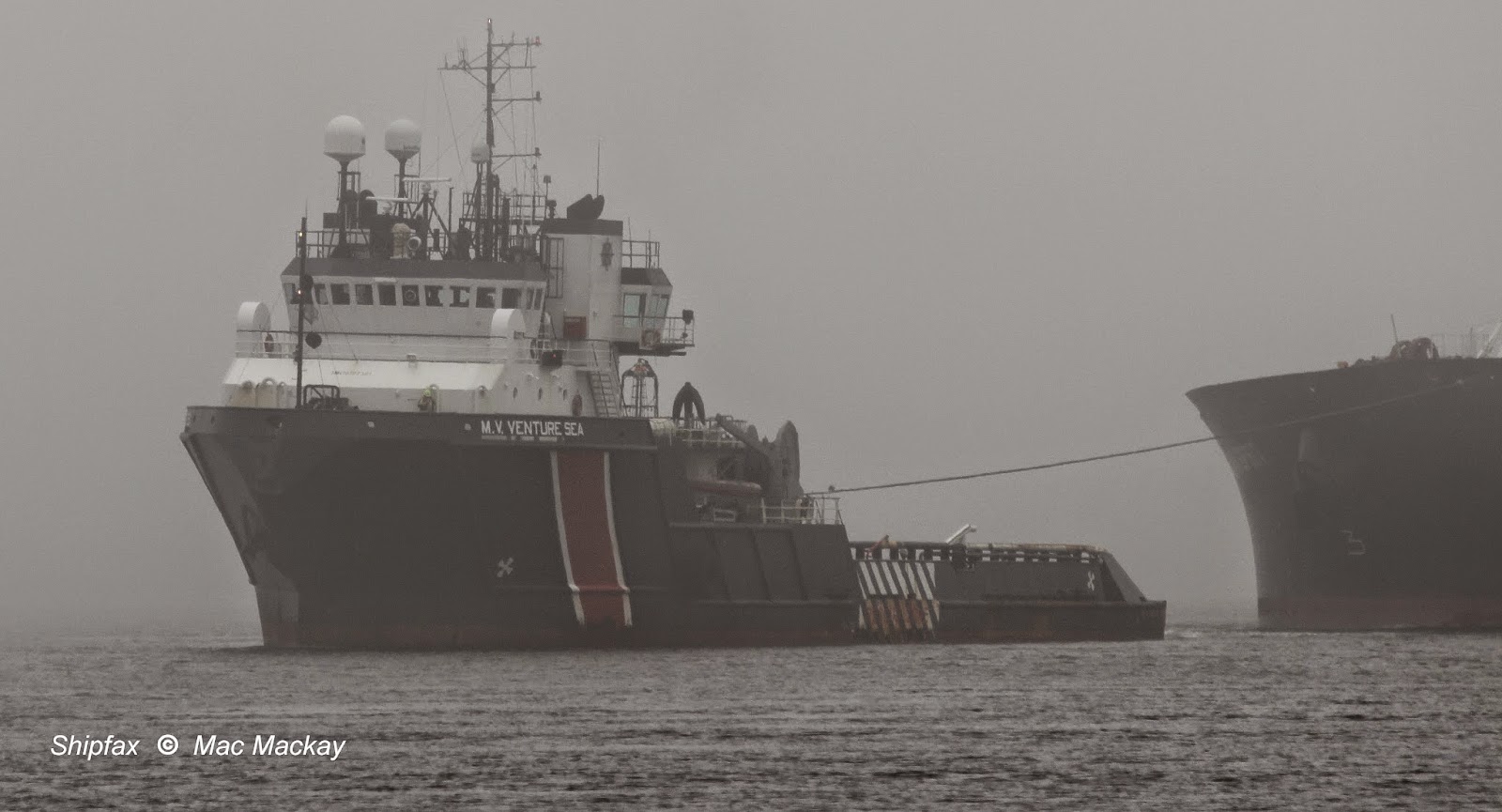 Venture Sea will remain alongside the ship while it is anchored. Note the high towing point compared to conventional tugs.

My understanding is that the ship will have to unload into another ship, then move alongside to prepare for repairs. If a new rudder can be installed without drydocking, the work my be done in Halifax. However if the stern frame and rudder stock need to be replaced, the ship will have to be towed to a drydock That will have to be in the United States, the Caribbean or Europe, since there is no facility presently available in Canada that can handle a ship of its size.