A dull morning, but with some glimpse of light as the Elektra discharges some oversize cargo at pier 31. 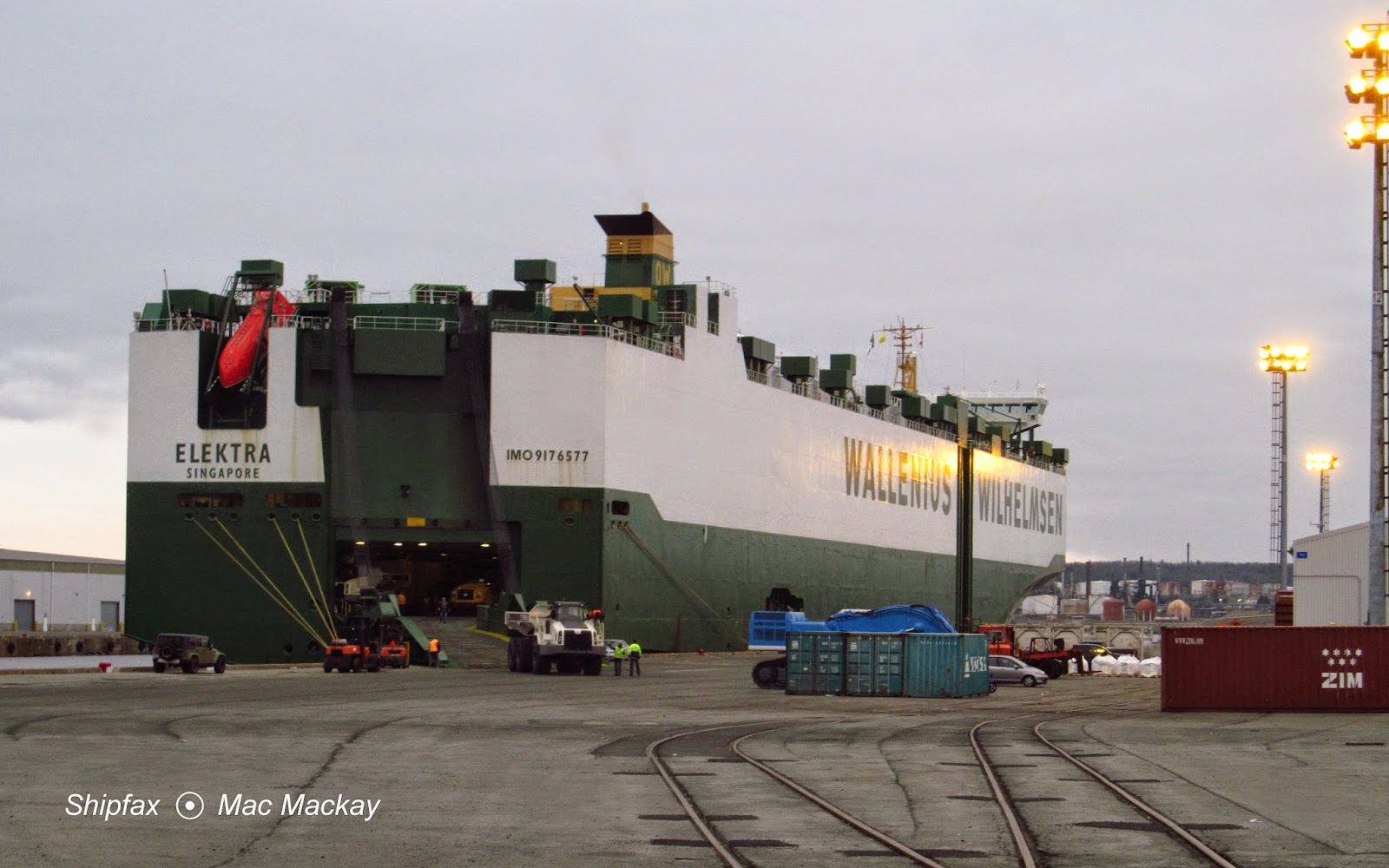 First off were a pair of large dump trucks, the first a Terex. It may only have been moved off the ship to allow other cargo to be unloaded.

Elektra was built in 1999 and is classed as a Pure Car and Truck Carrier (PCTC) and is fitted with three hoistable car decks to allow for oversize vehicles.  Its 125 tonne capacity ramp is suited for the largest vehicles and some RoRo loads. Its capacity of 7,195 cars places it in the intermediate size range, now that 8,600 car behemoths are in service.

The ship would normally discharge automobiles at Autoport, but oversize cargo that will not be forwarded on by railroad autoracks, or distributed locally by truck comes to pier 31. It can then be loaded on trucks or flat cars.

Update:
Elektra unloaded the components for a large crane, all on MAFI type trailers, and the fleet of dump trucks was loaded back on board. 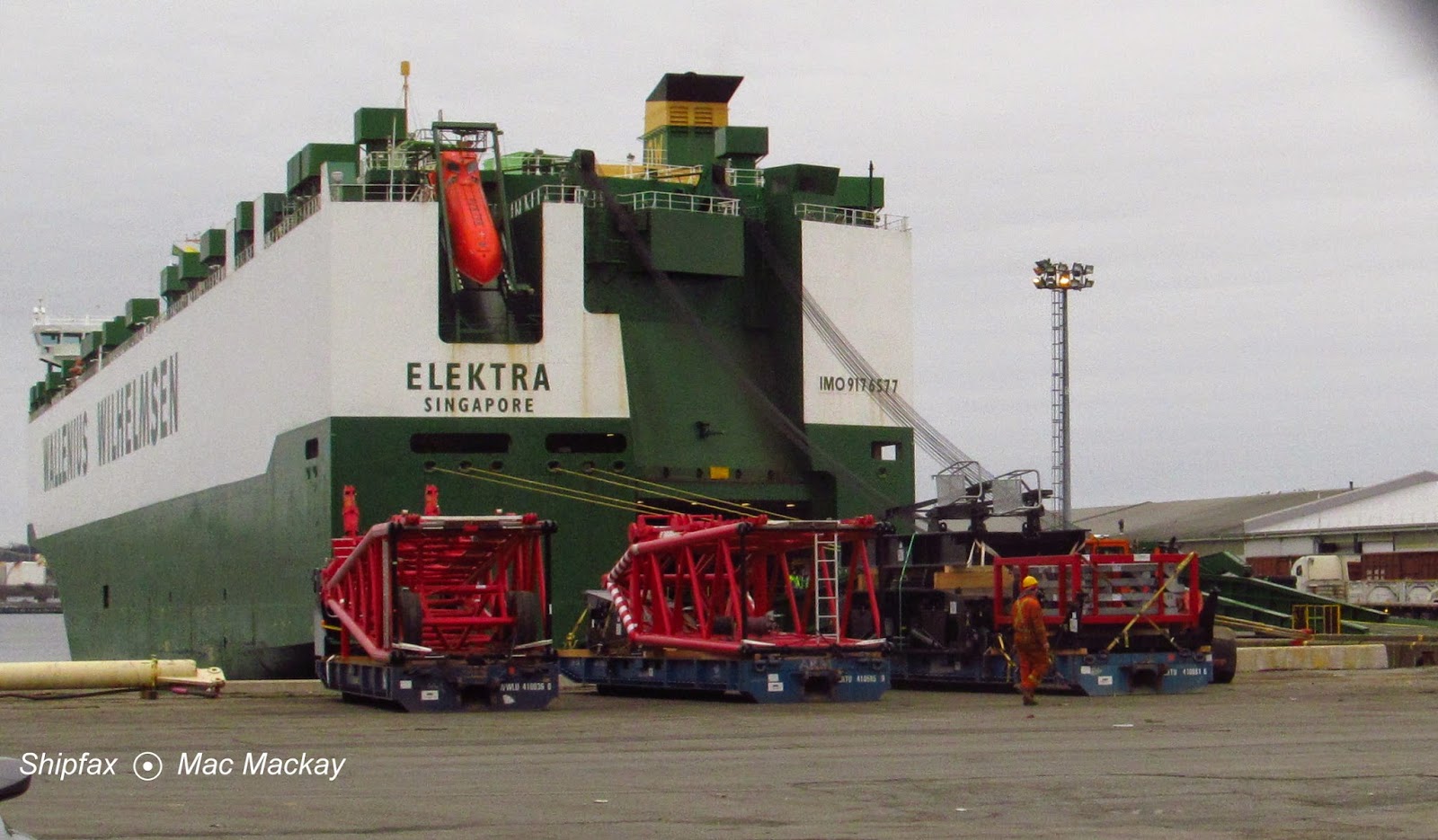 
The ship then moved to Autoport where it worked its regular automobile cargo.﻿