Much less activity in the harbour today, with Maersk Palermo the only arrival (see also Tugfax). It and the container ship Tasman Strait sailed this evening.

However there was some activity at opposite ends of the harbour: 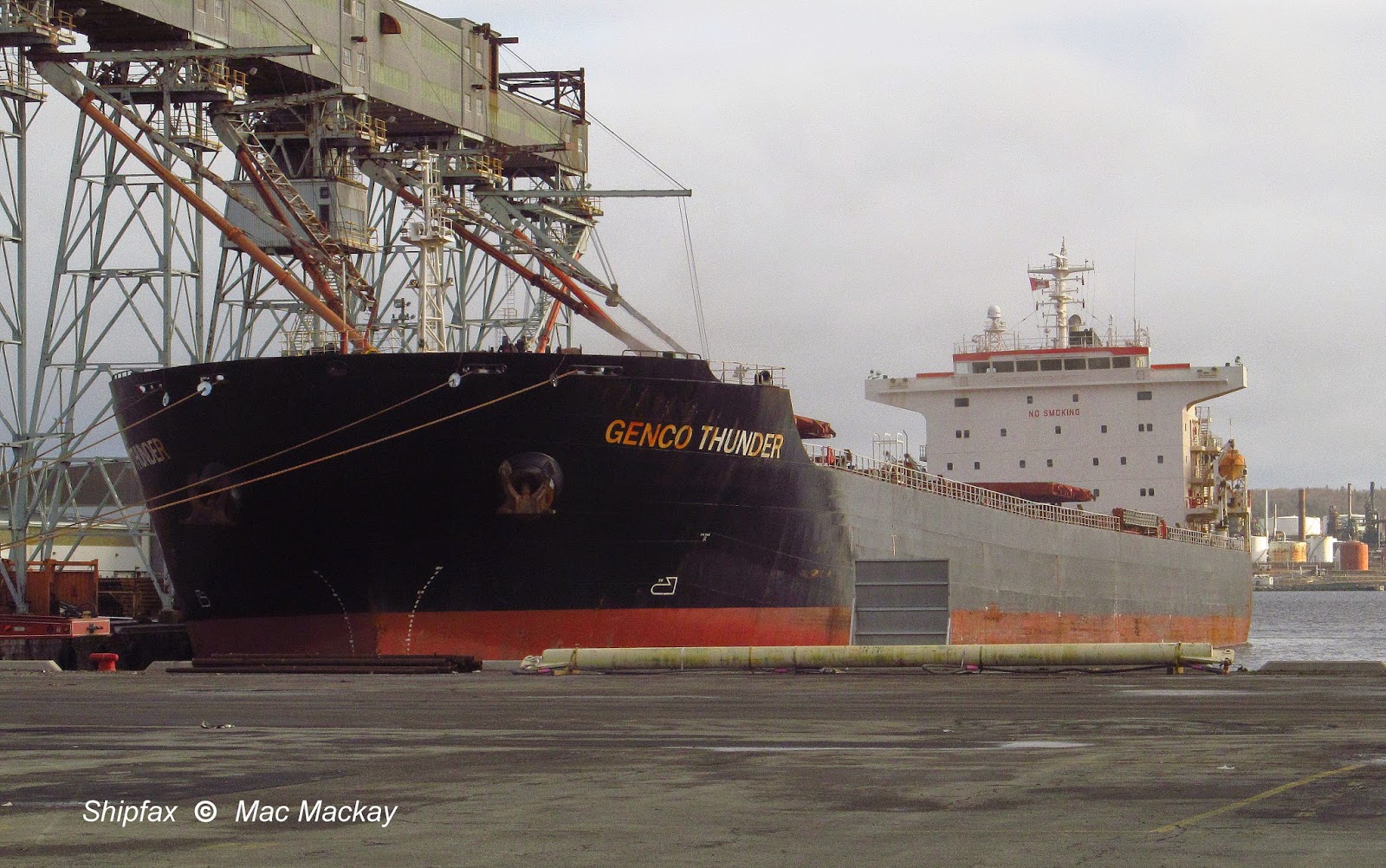 At pier 28 Genco Thunder was turned end for end this morning and loading began in earnest. The ship was initially docked stern in so that the grain spouts could reach some awkward spot in hold#1 that could not be reached otherwise. Once that was done, the ship could be positioned normally.

Out in the Basin crews must have been taking a brunch break in their repainting project on Crown II's funnel. The ship is due to sail Sunday morning, so perhaps they got some work done this afternoon.. 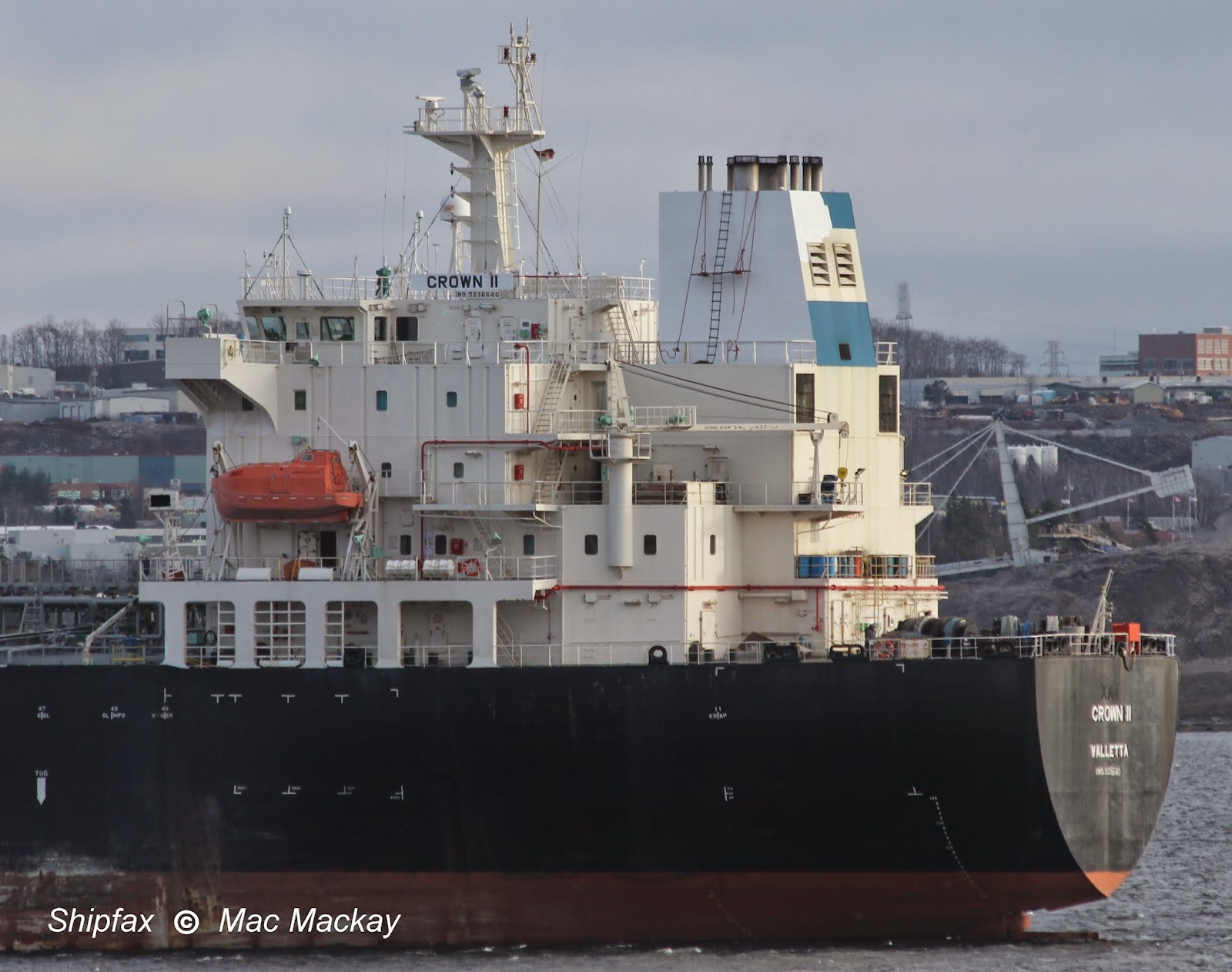 They have a neatly rigged rope ladder and platform stage to reach the sides of the funnel.

And at pier 9c workers have erected staging on a work float under the stern of Australian Spirit. 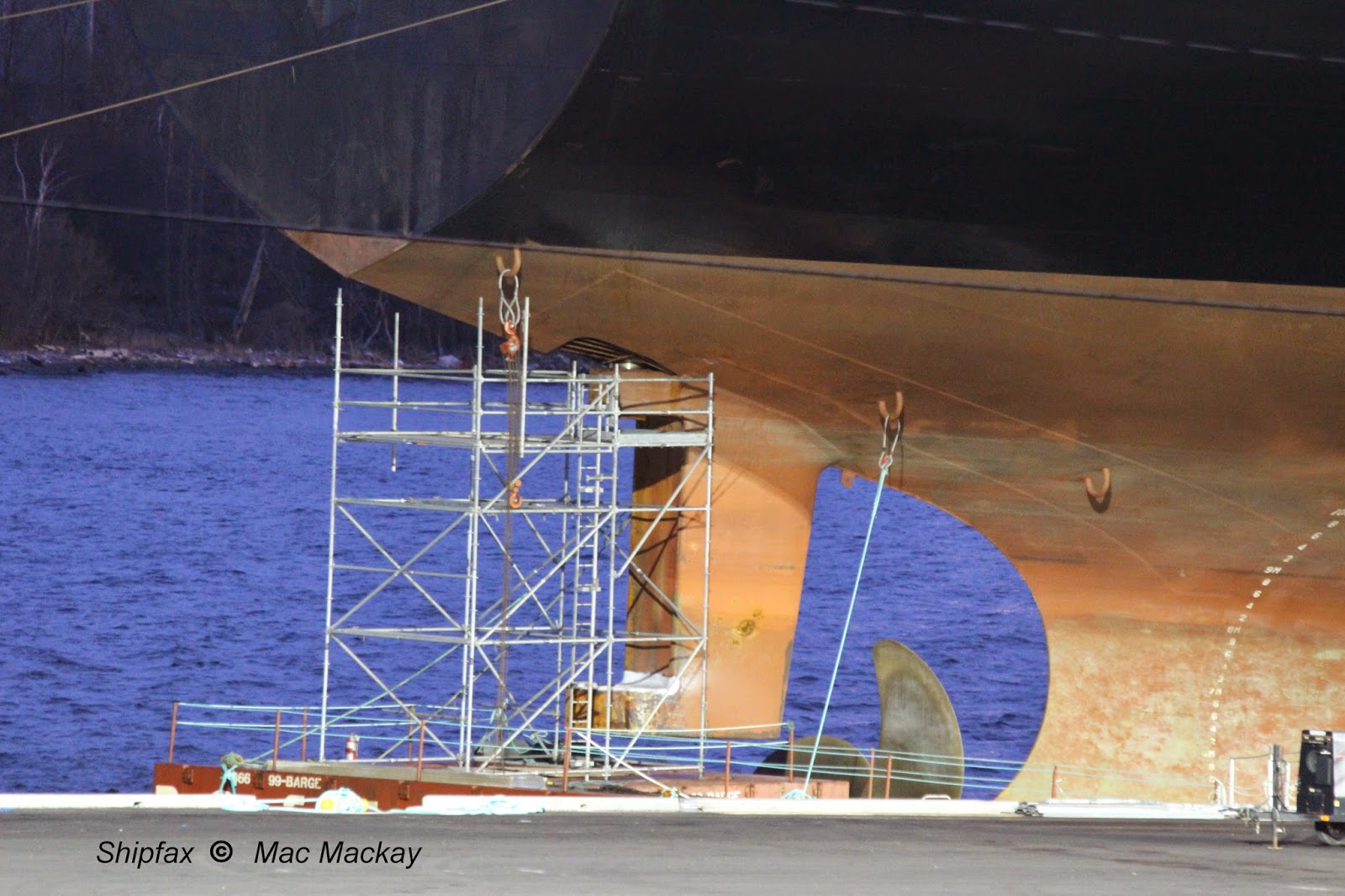 There appears to be some fresh brazing work on the lower gudgeon.

The ship has been ballasted down by the bow to facilitate the work. 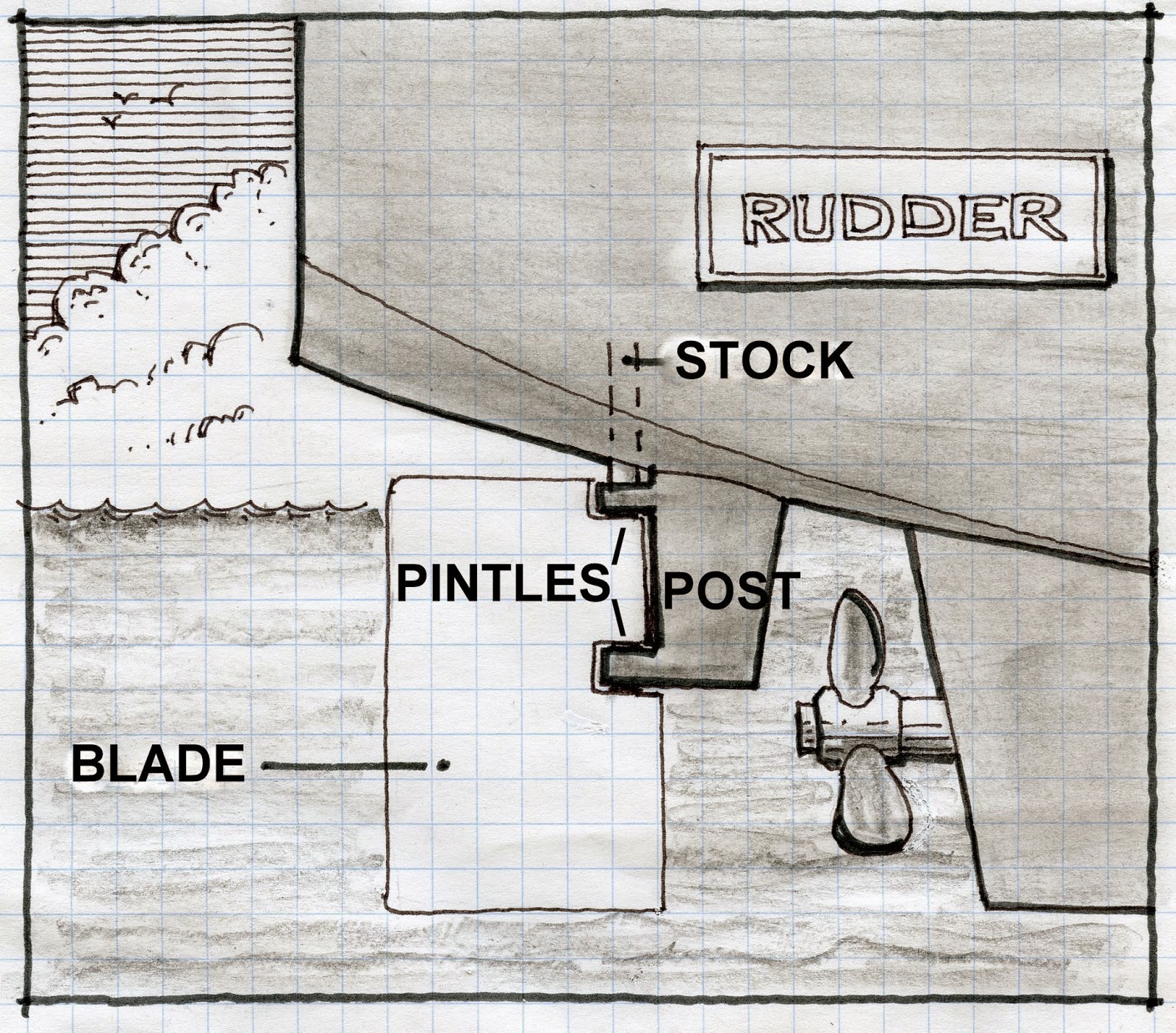 pintles on the rudder blade fit into the gudgeons, securing the blade to the rudder post