HMCS Fredericton to the Med

HMCS Fredericton sailed this morning bound for the Mediterranean. It will take up its post with NATO backstopping activities related to events in the Ukraine and Crimea, or Syria or any of the other trouble spots in the region. 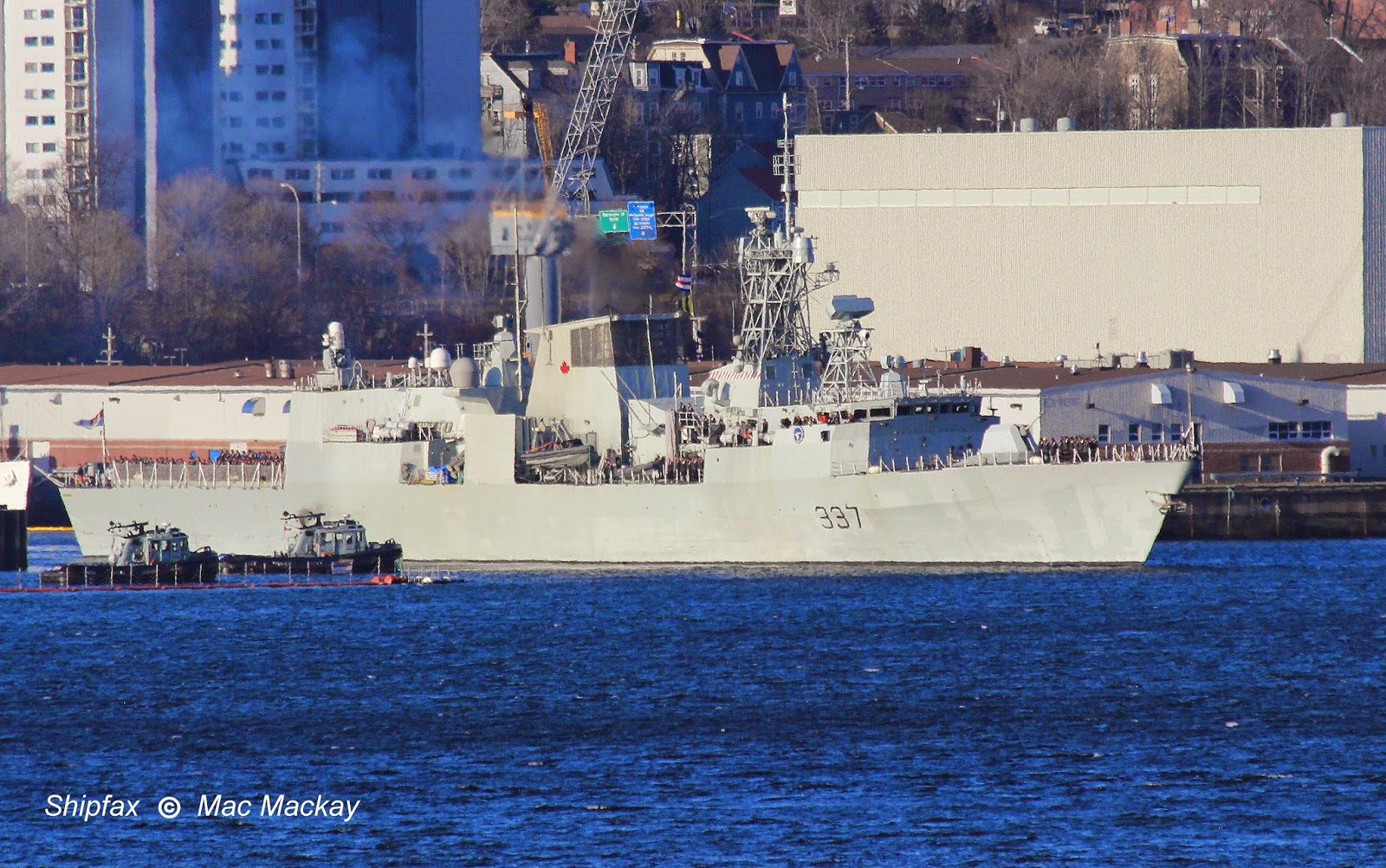 Two dockyard pup tugs stand by as a Glen tug (not visible) pulls Fredericton off the jetty. 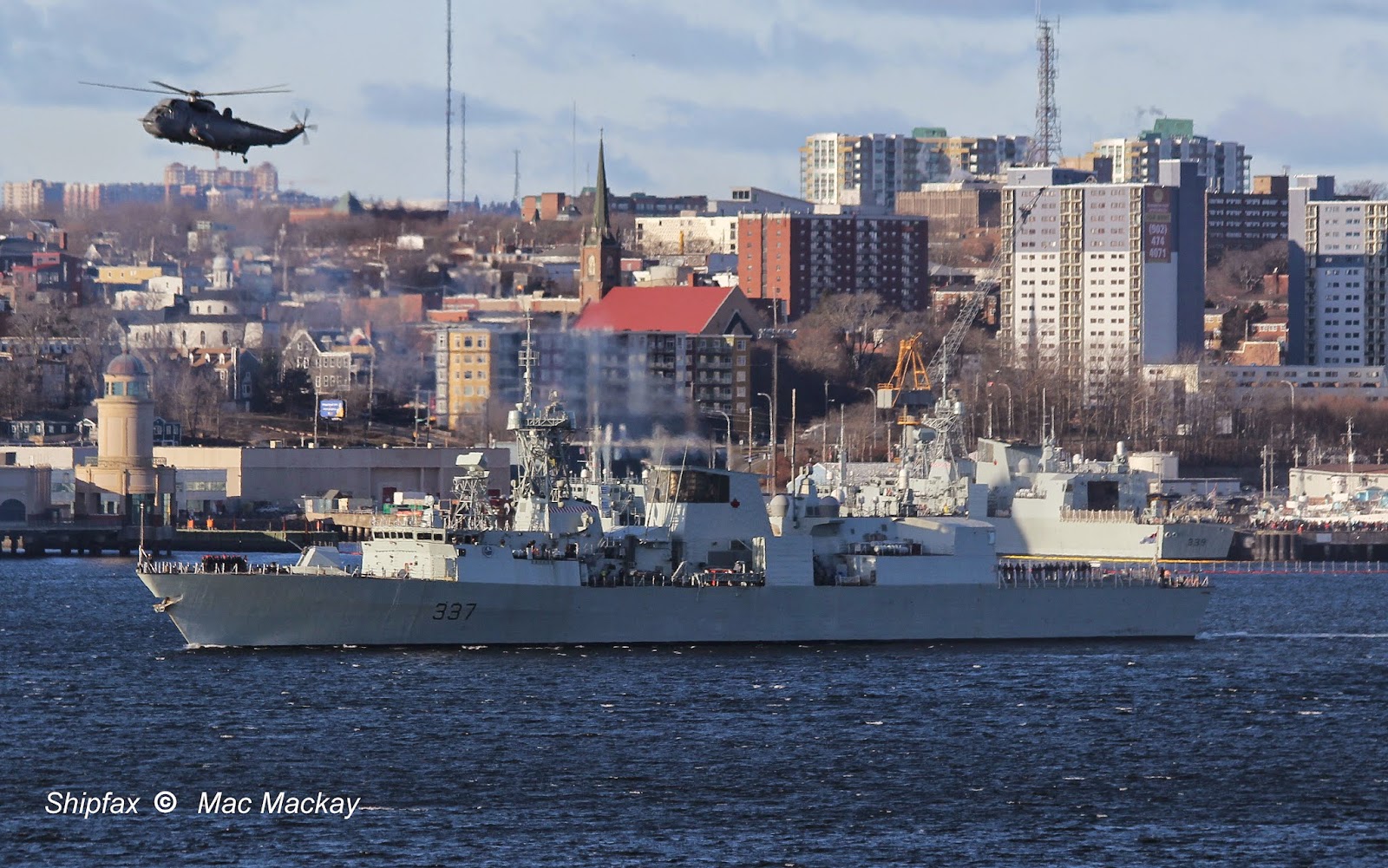 The ship's Seaking made several passes as the ship sailed outbound. There was a fairly stiff south wind, so it was not until it had rounded George's Island that the copter was cleared to land

Fredericton  will replace HMCS Toronto which will return to Halifax in due course.