Crown II - painting on the go

The transformation of the tanker Crown II from High Nefeli was not completed before the ship sailed at noon time today. Painting on the ship's new name and port of registry took place fairly promptly last week after the official handover. However the ship's funnel - its chief symbol of distinction was interrupted by rain.

At 0715 hrs this morning, and possibly most of the night, crew members were seen under spot lights working on laying out the ship's new and complex logo. 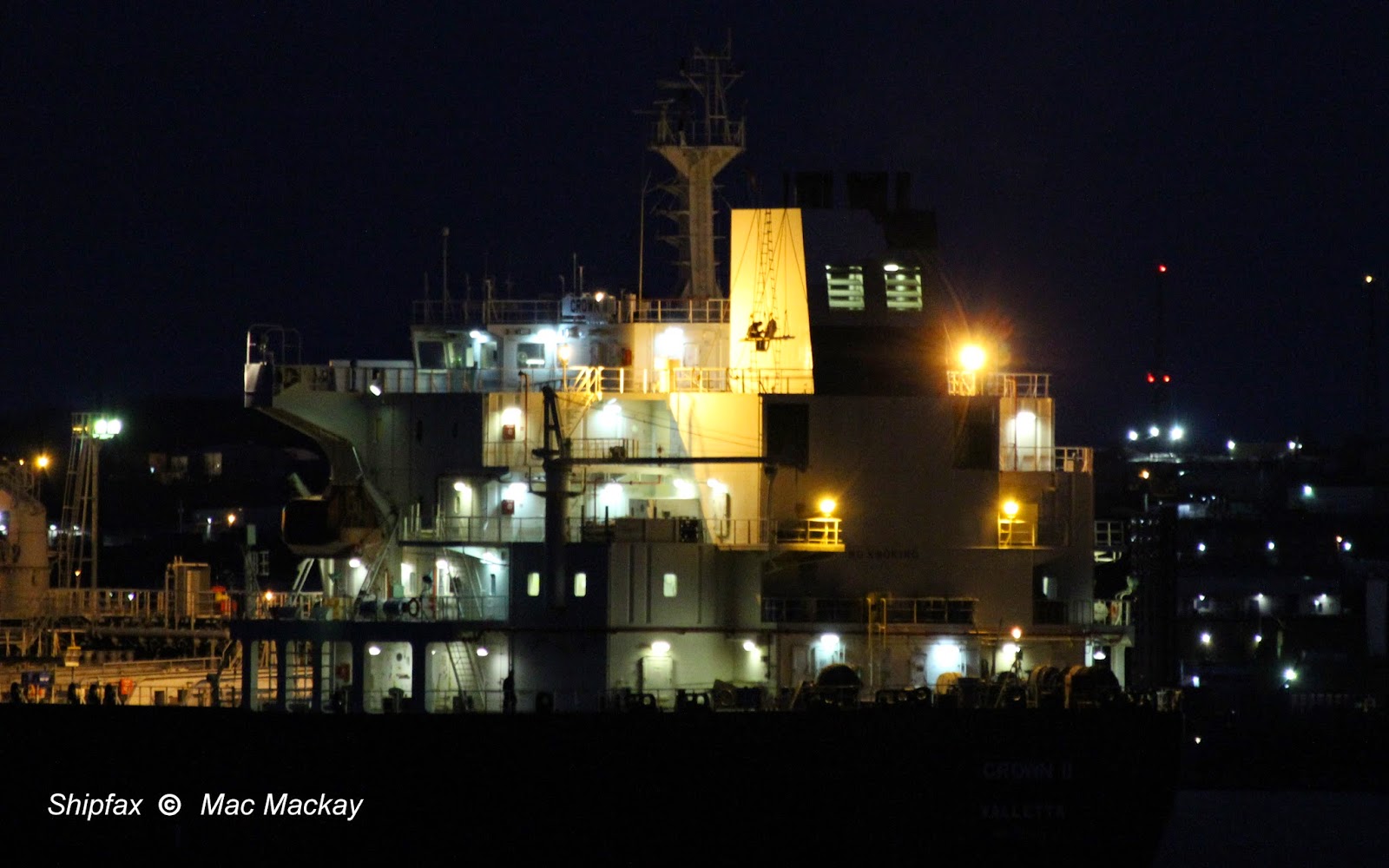 Even after the ship left the anchorage and made its way out sea there were still two crew on the port side of the funnel, just getting started on the background. I wonder how far out to sea they were still able to work. 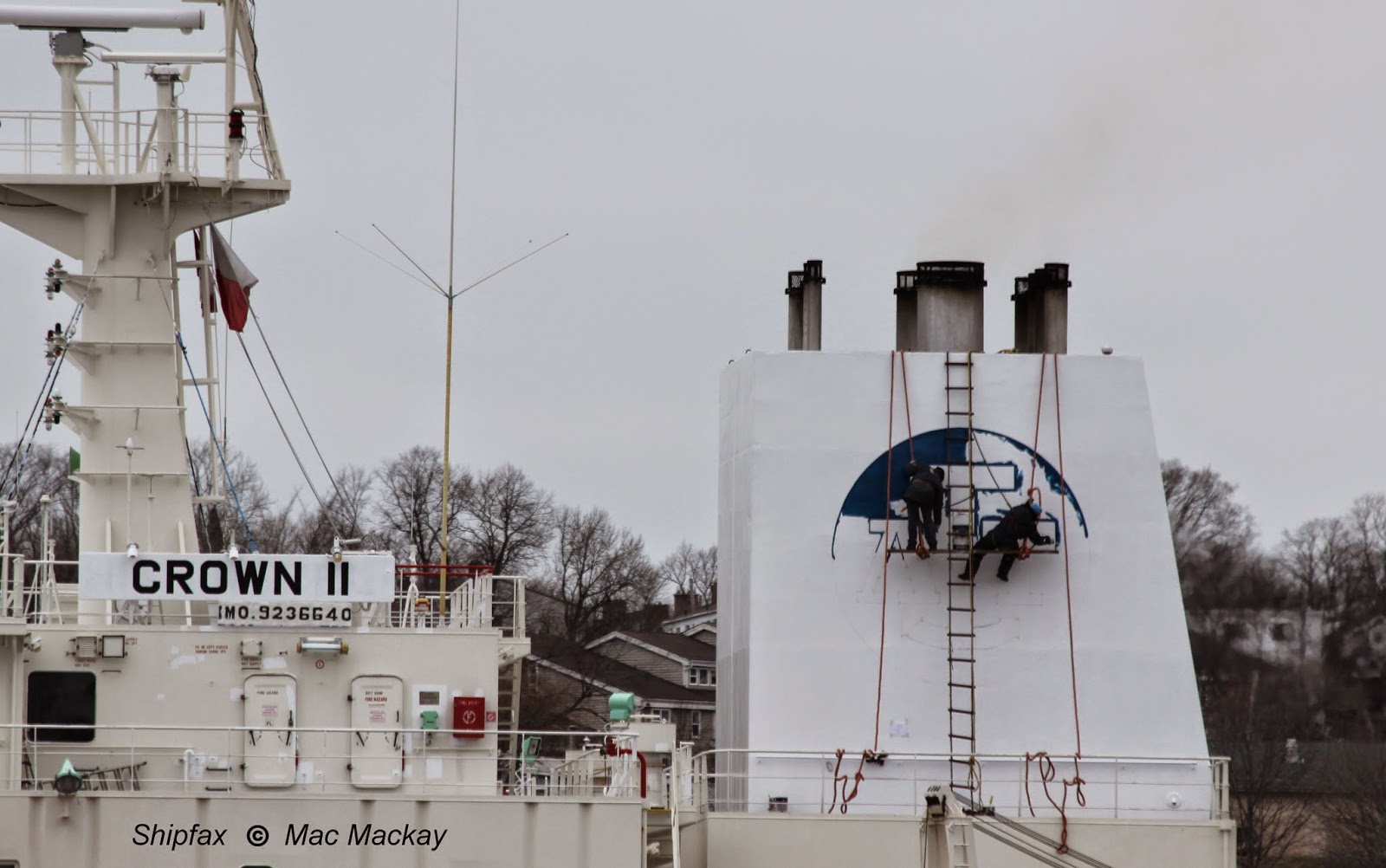 A close examination reveals the initials of its new owners, Ancora Investment Trust, also a Greek company and owner of eleven other tankers.

Previous owners Liquimar Tankers, sold the ship for a reported $15mn (USD). It was the oldest and smallest ship in its fleet. They are investing in larger ships and ordering new ones.