The fog lifted at least for a time in Halifax allowing for a look at what was going on in the port.

At Autoport the car carrier Swan Ace was finished unloading by noon time. It was the second MOL car carrier in two days, with fleet mate Mermaid Ace in port on Thursday and Wilhelmsen's Torino slotted in between on Friday. 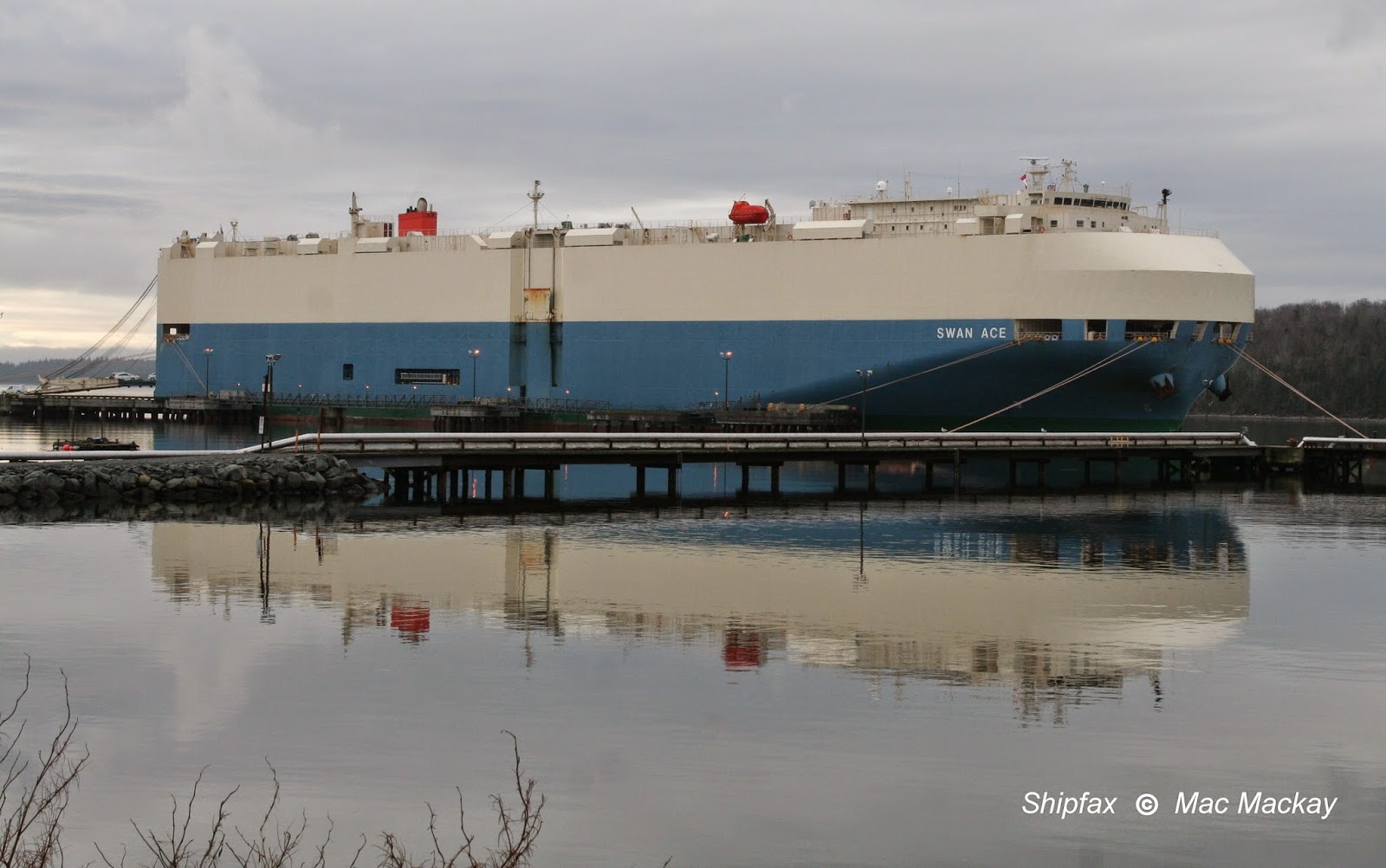 With the McAphalt pier in the foreground, Swan Ace still has its stern ramp down at Autoport.

Built in 2008 by Minanaminippon Shipbuilding in Usumi, Japan, the 58,628 grt Swan Ace flies the Bahamas flag and is owned directly by Mitsui OSK Lines and operates under its offshoot MOL Ship Management of Singapore. 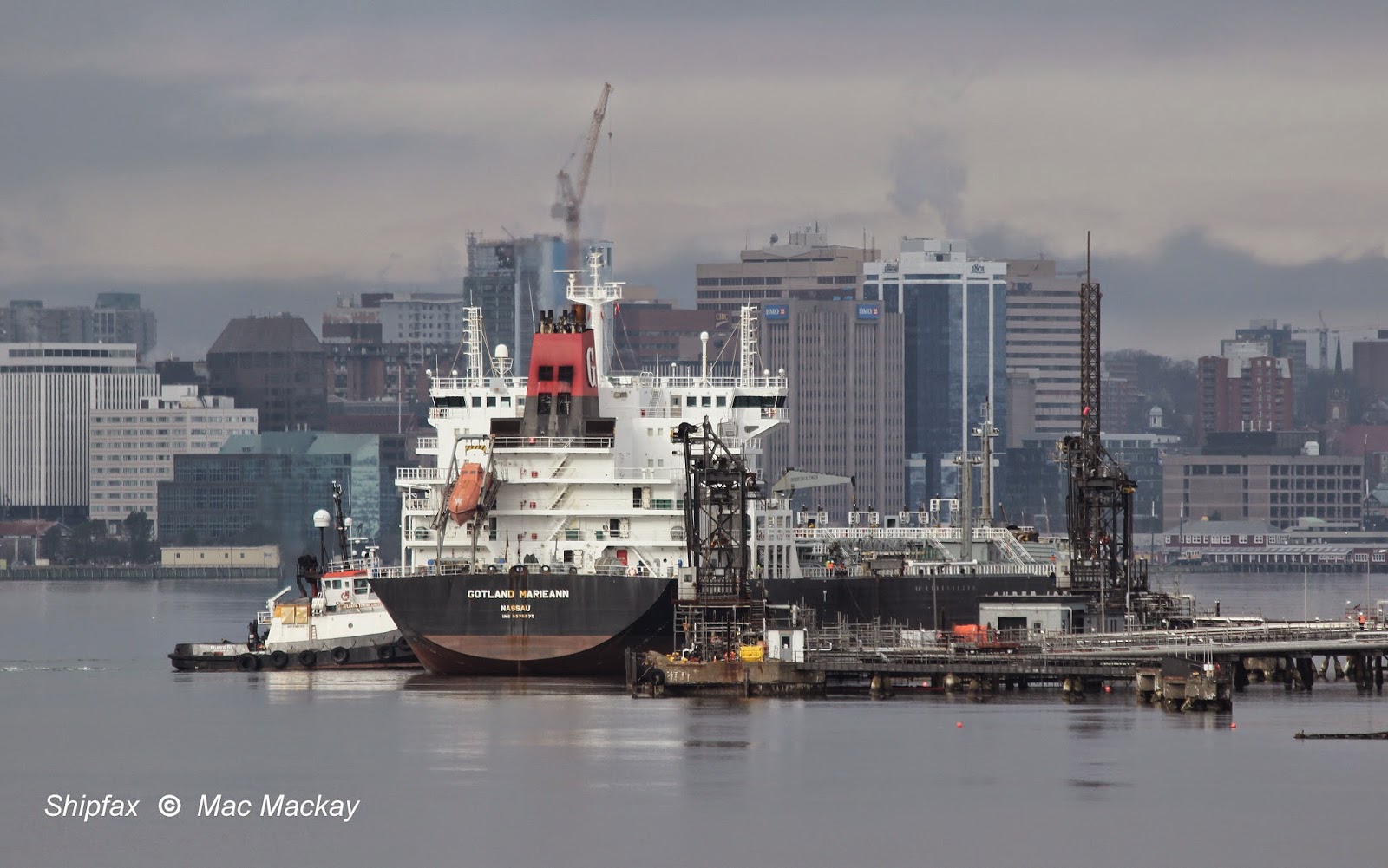 
Meanwhile in Bedford Basin Australian Spirit rest quietly at anchor (and with no standby tug) awaiting arrival of fleet mate Americas Spirit due tomorrow to start transferring its cargo. 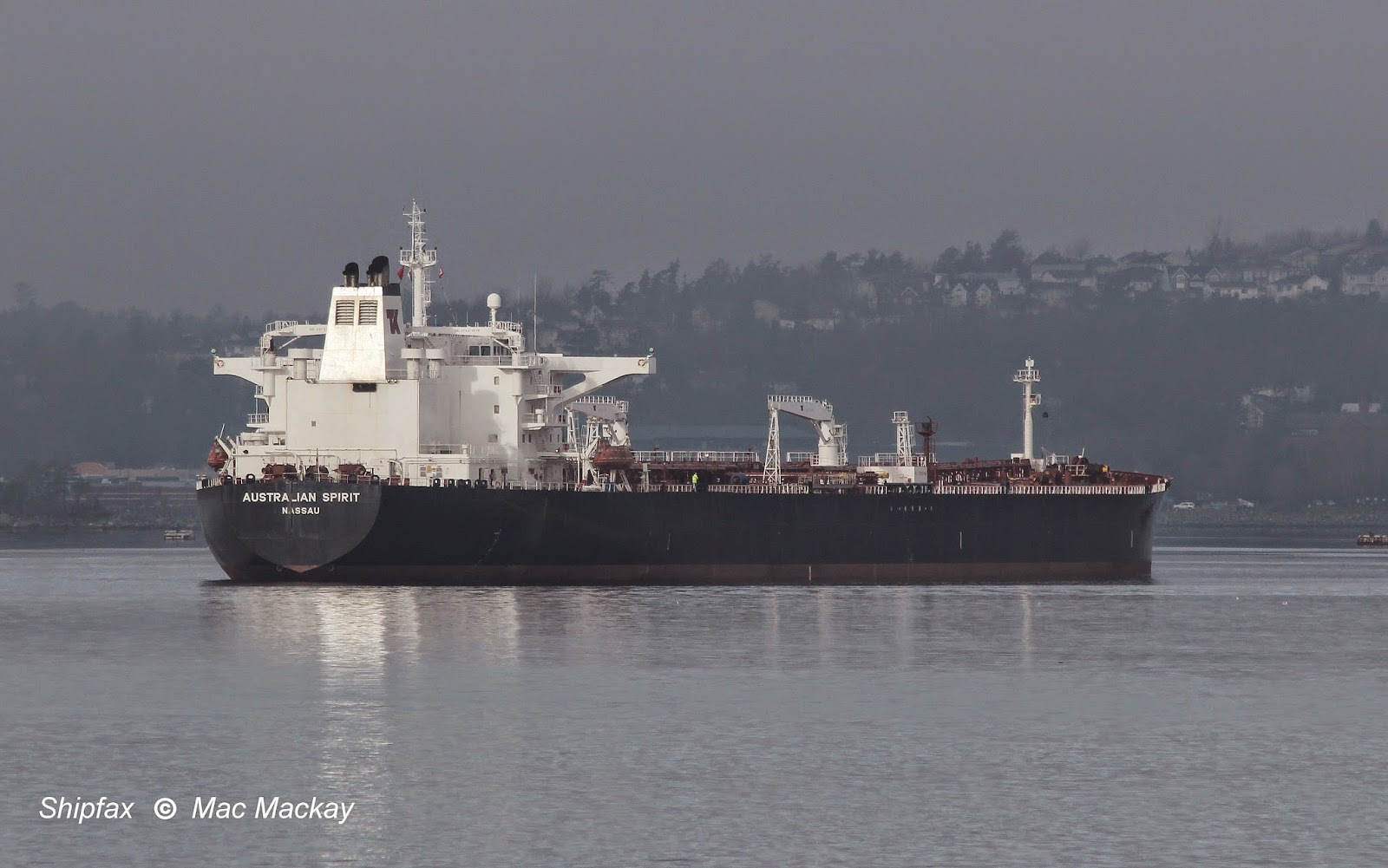 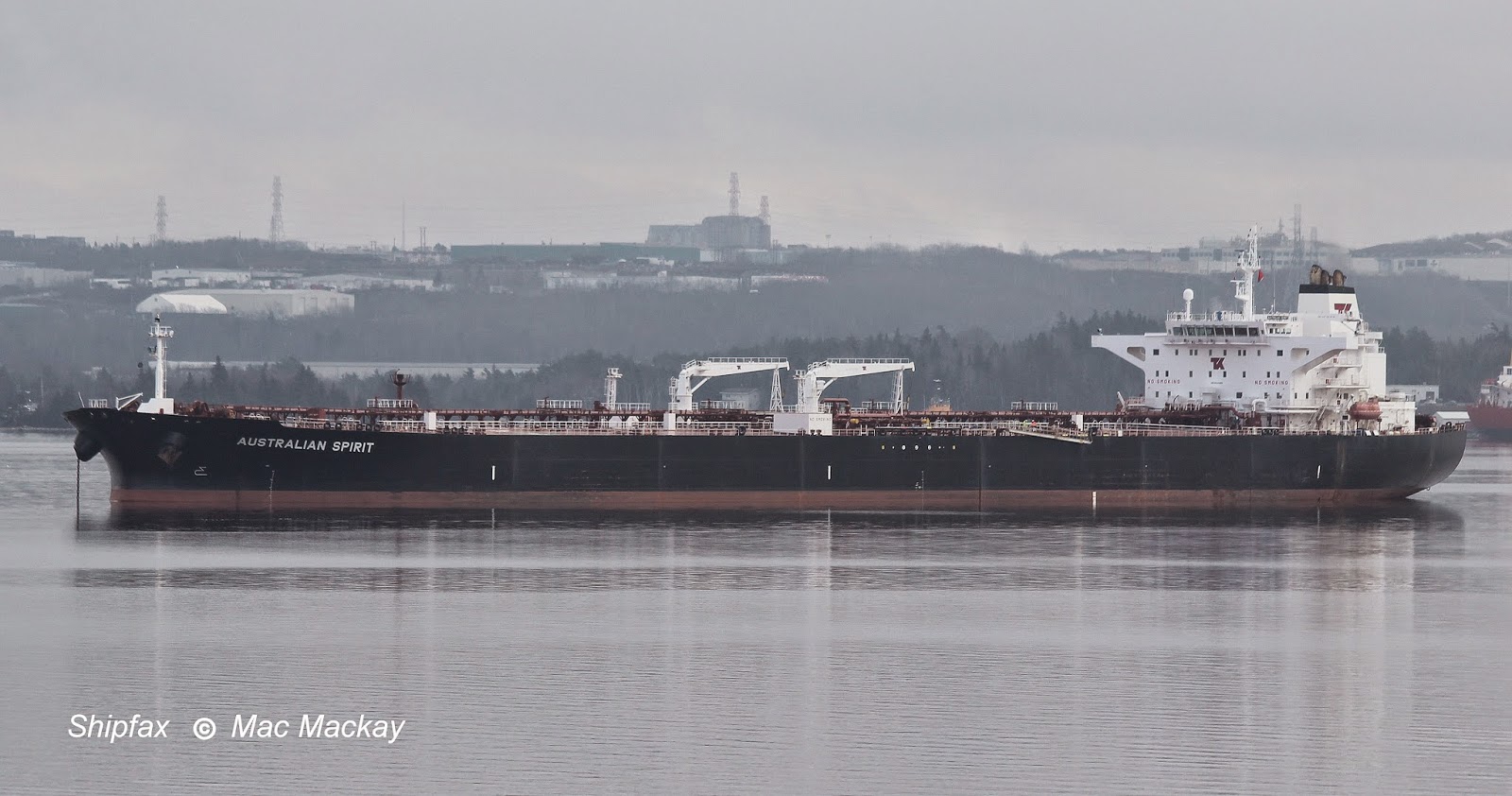 The dead calm conditions in Bedford Basin are a contrast to the wild seas the ship experienced when adrift without a rudder for a day and a half off Halifax. 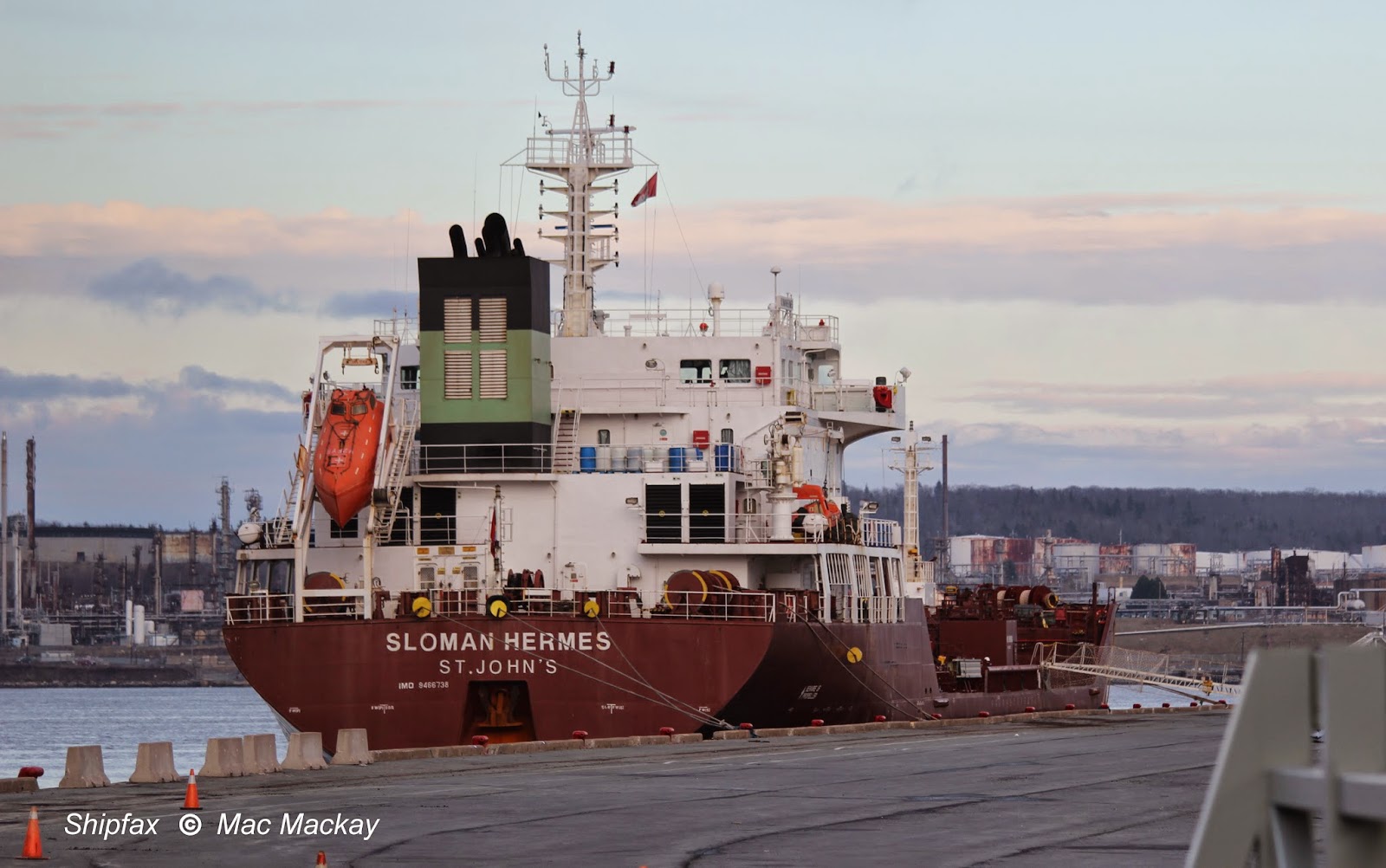 A huge gangway has been deployed to the pier.

It is a smaller chemical tanker of 11,298 grt, 16,418 dwt, one of three sisters built in 2012 by Jiangzhou Union Shipbuilding in Rui Chang, China. It is owned by Sloman Neptun of Bremen, Germany ( http://www.sloman-neptun.com/ ) but operates in the large Navig8group under tanker pool Brizo8, a spot market pool that includes Songa and Schulte tankers - frequent callers in the Great Lakes.


Amongst all these tankers, the bulk carrier Green Phoenix got underway from Bedford Basin anchorage. It arrived Friday and had divers down earlier in the day. 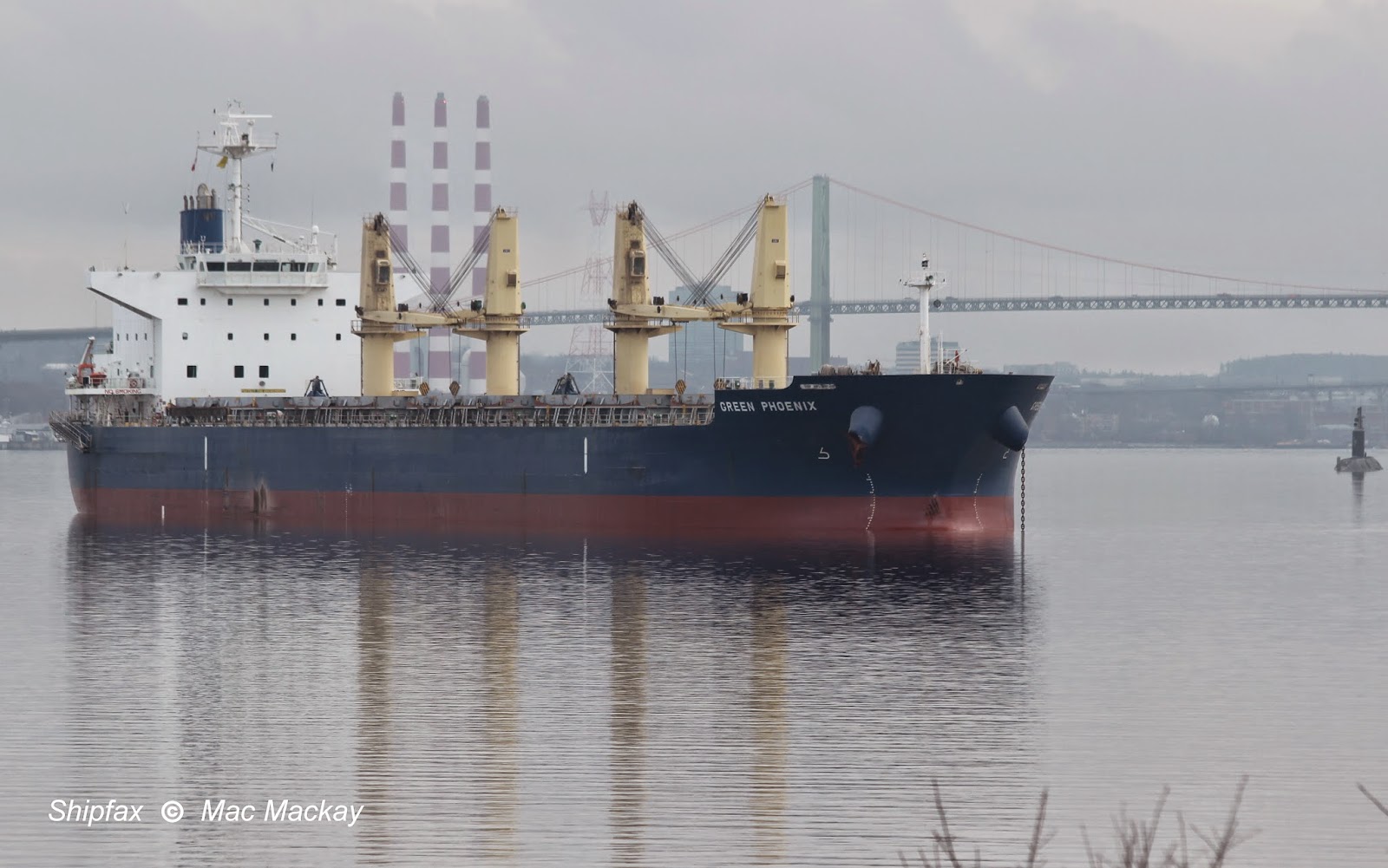 It was built in 2011 by Mitsui Ishihara Engineering + Shipbuilding in Japan, and measures 31,763 grt and 56,116 dwt. It is fitted with four neatly stowed cranes and operates for MMS Tokyo, flying the Panama flag.