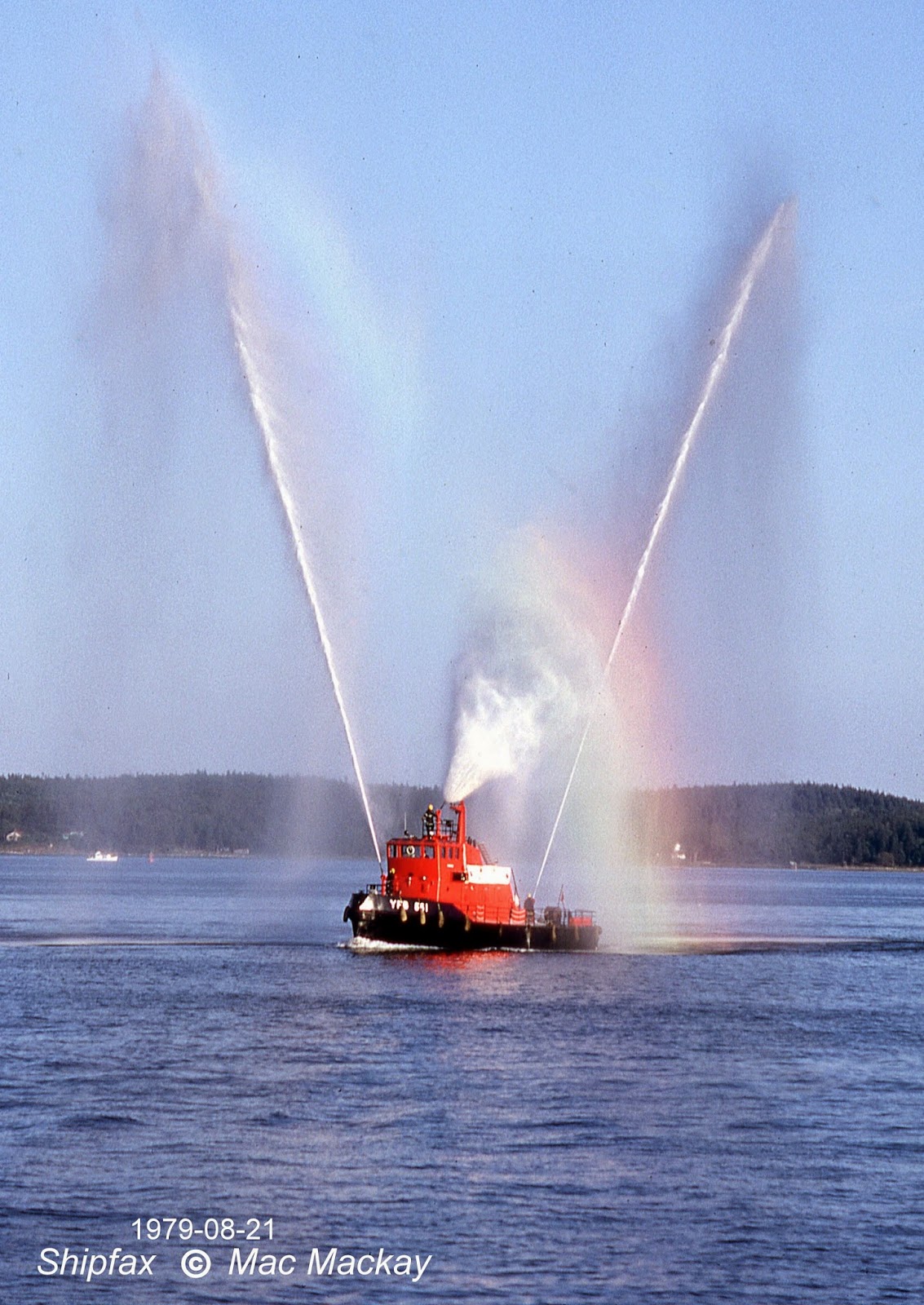 The Royal Canadian Navy has retired the CNAV Firebird,.the long serving HMC Dockyard fireboat. A fixture in Halifax harbour as it made its daily security rounds to the DRDC barge in Bedford Basin, it also performed the occasional demonstration and water display, and was called upon (rarely) to fight a fire. Another little known and overlooked role was in recovering bodies from the harbour, particularly jumpers from the bridges. 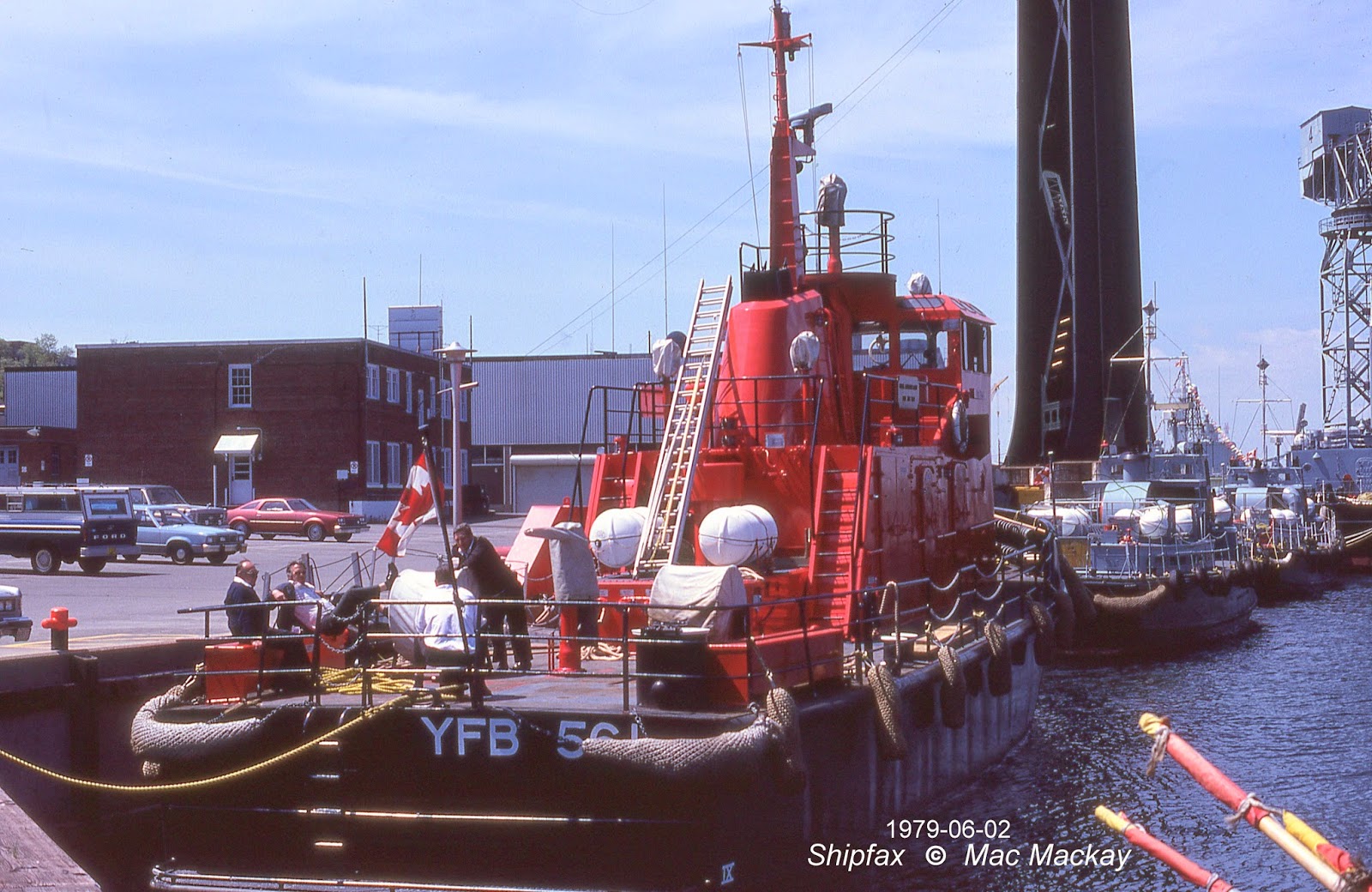 Built in 1978 by Vancouver Shipyard, in North Vancouver BC, with sister Firebrand based at Esquimault, Firebird arrived in Halifax ca. August 1, 1978 in a rather novel manner. It was mounted on a cradle and secured to the deck of a barge and towed from Vanvouver via the Panama Canal. The tug Ocean Crown (which did the towing) and two barges G of G 232 and G of G 240 had been purchased by the Quebec firm Techno Maritime. To defray the coast of bringing the barges east, they took a passenger! In the end Techno Maritime refused delivery of the tug, but kept the barges. 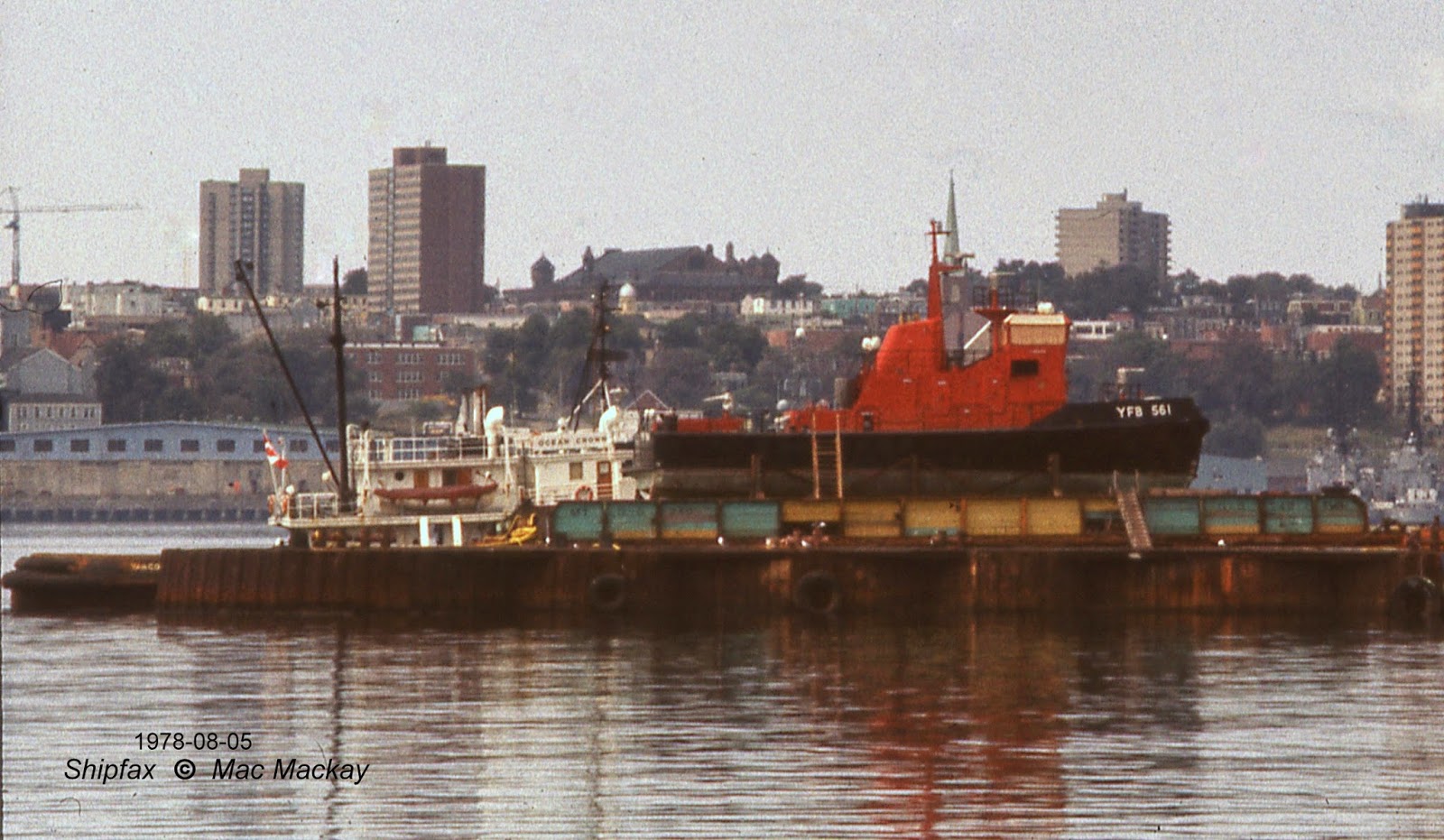 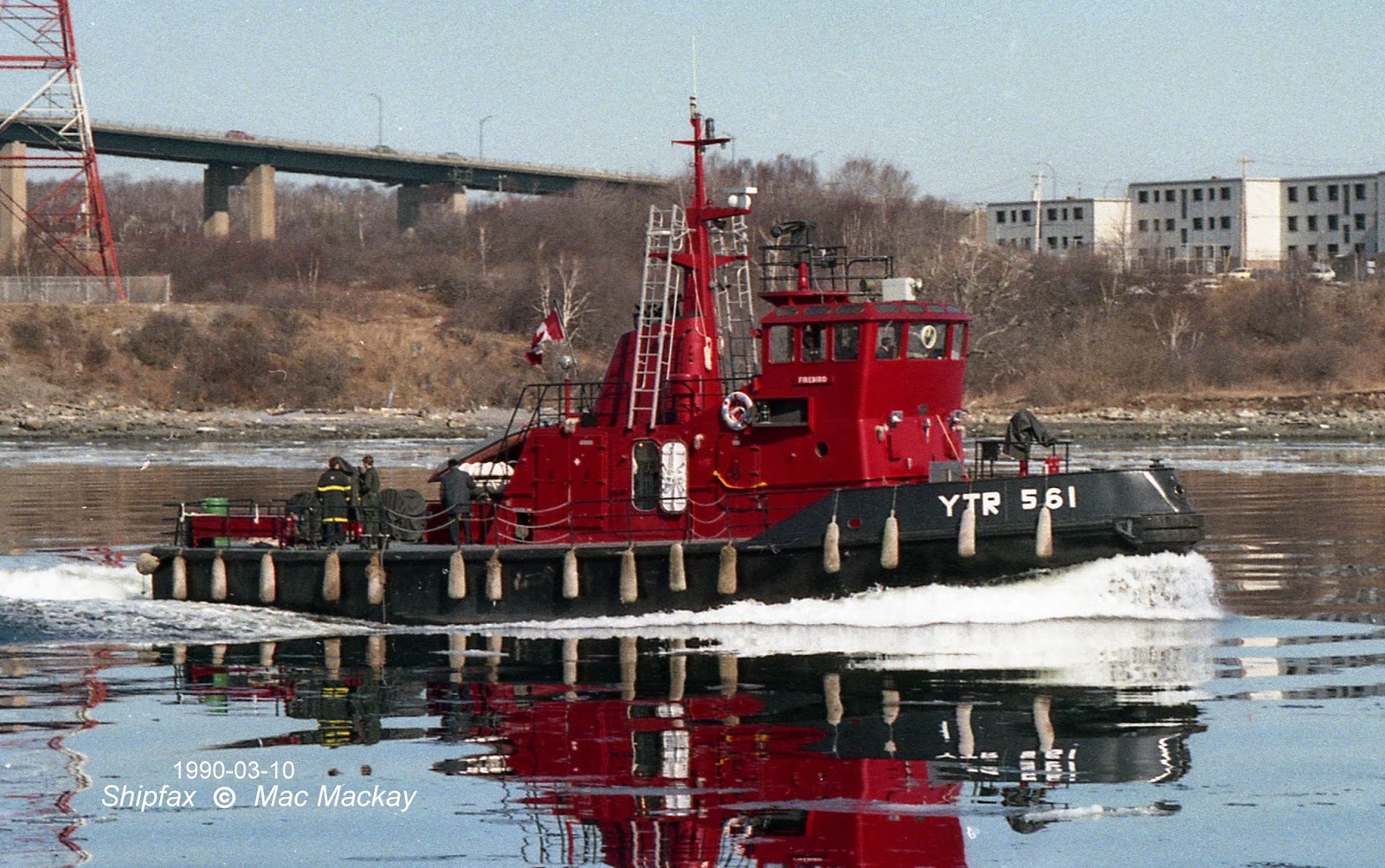 It generally responded to all Dockyard fire calls (The Dockyard also has a land based fire department) and elsewhere in the harbour. The only year for which I have figures is 1990 and in the first ten months it responded to 133 calls. Its daily harbour rounds were cut back to Monday to Friday earlier this year. 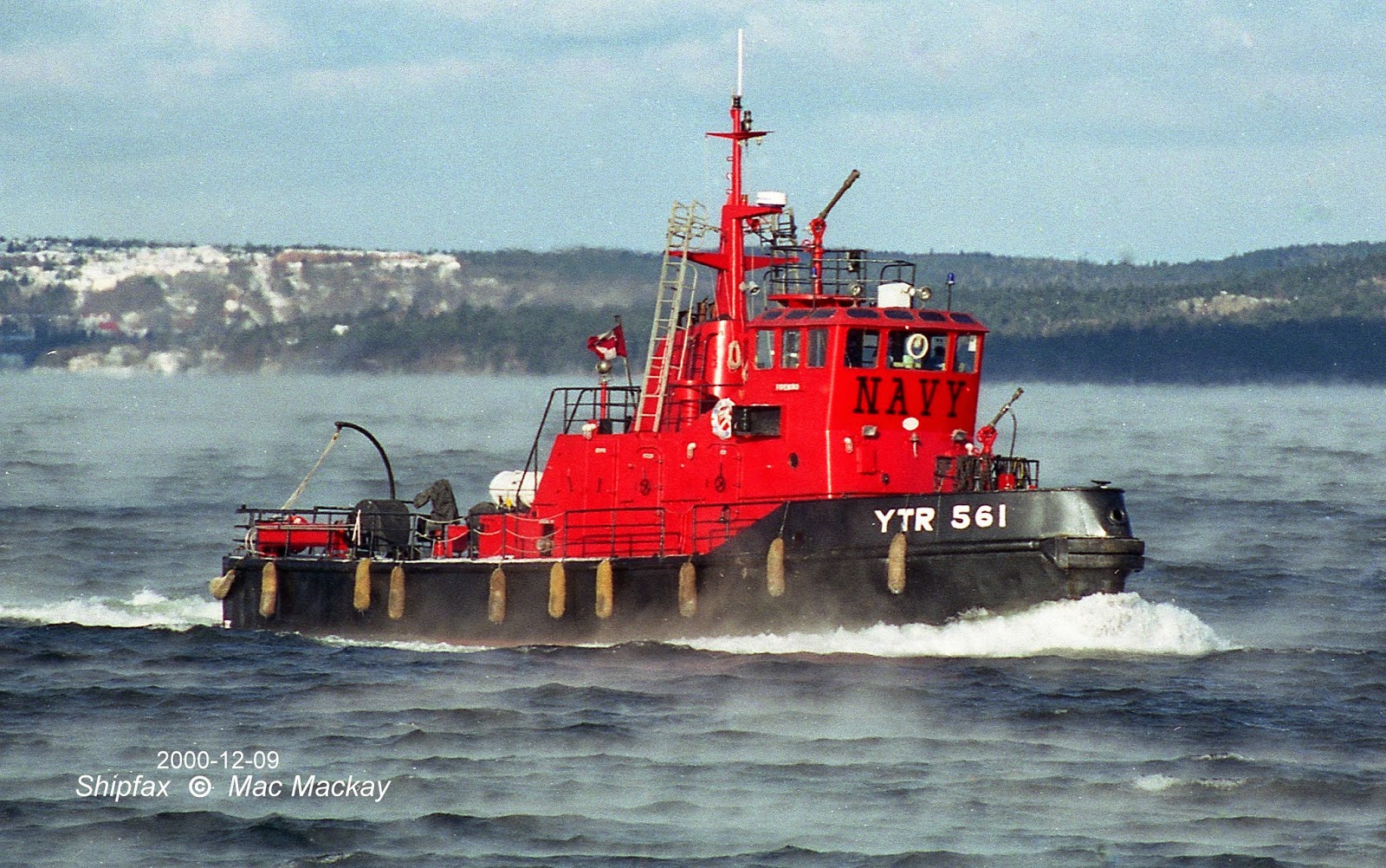 Thankfully there have not been many ship fires during its tenure, the most recent being on board Caruso the former CCGS Tupper in 2008. 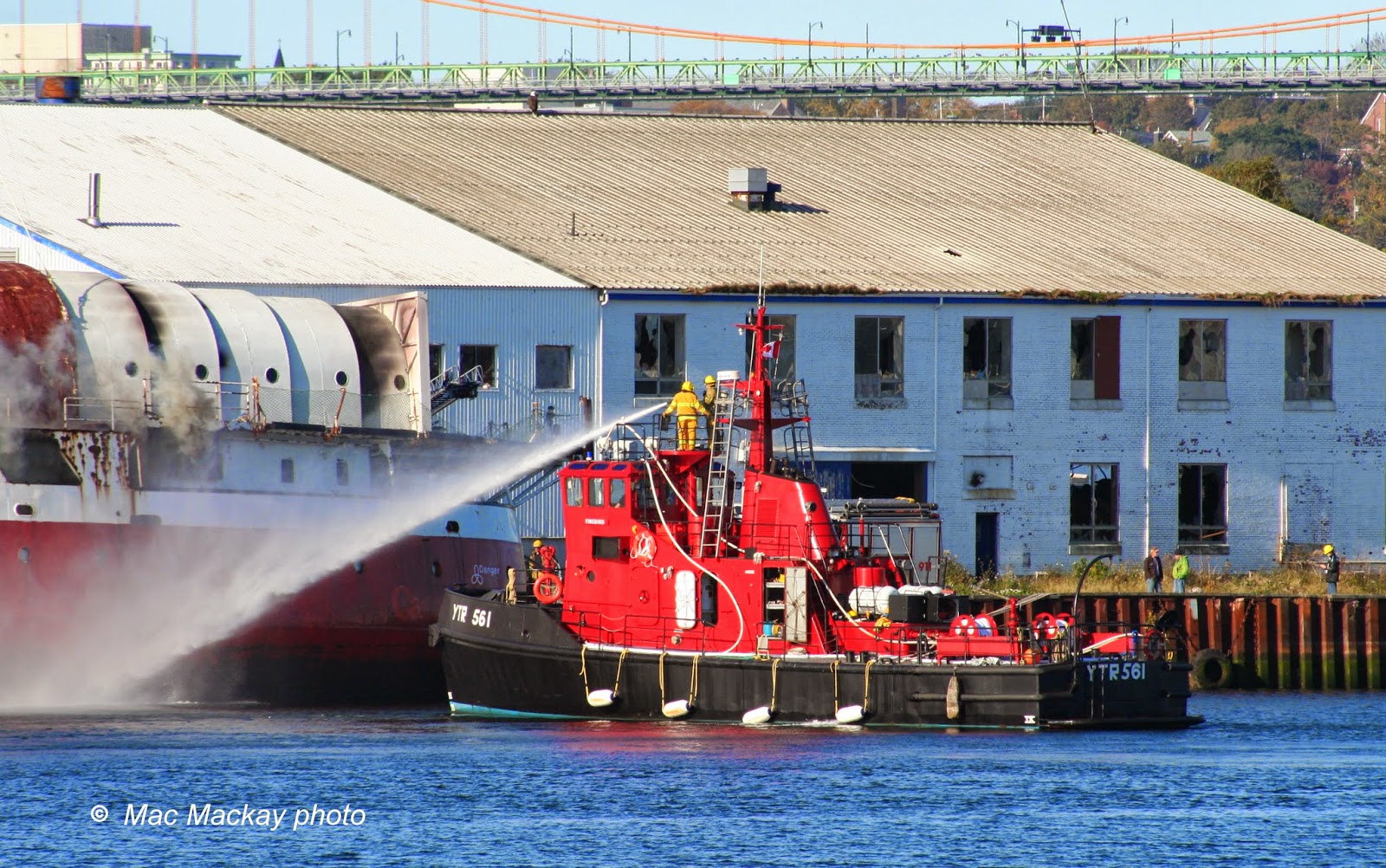 Operated under the Queen's Harbour Master with a civilian crew, Firebird was originally designated YFB 561 (Yard Fire Boat). This was later changed to YTR 561 (Yard Tug Rescue). Although classed as a tug it is too small to do any significant towing . The initials CNAV (Canadian Naval Auxiliary Vessel) have also replaced CFAV (Canadian Forces Auxiliary Vessel) to distinguish it from a commissioned naval vessel, which would be designated HMCS. 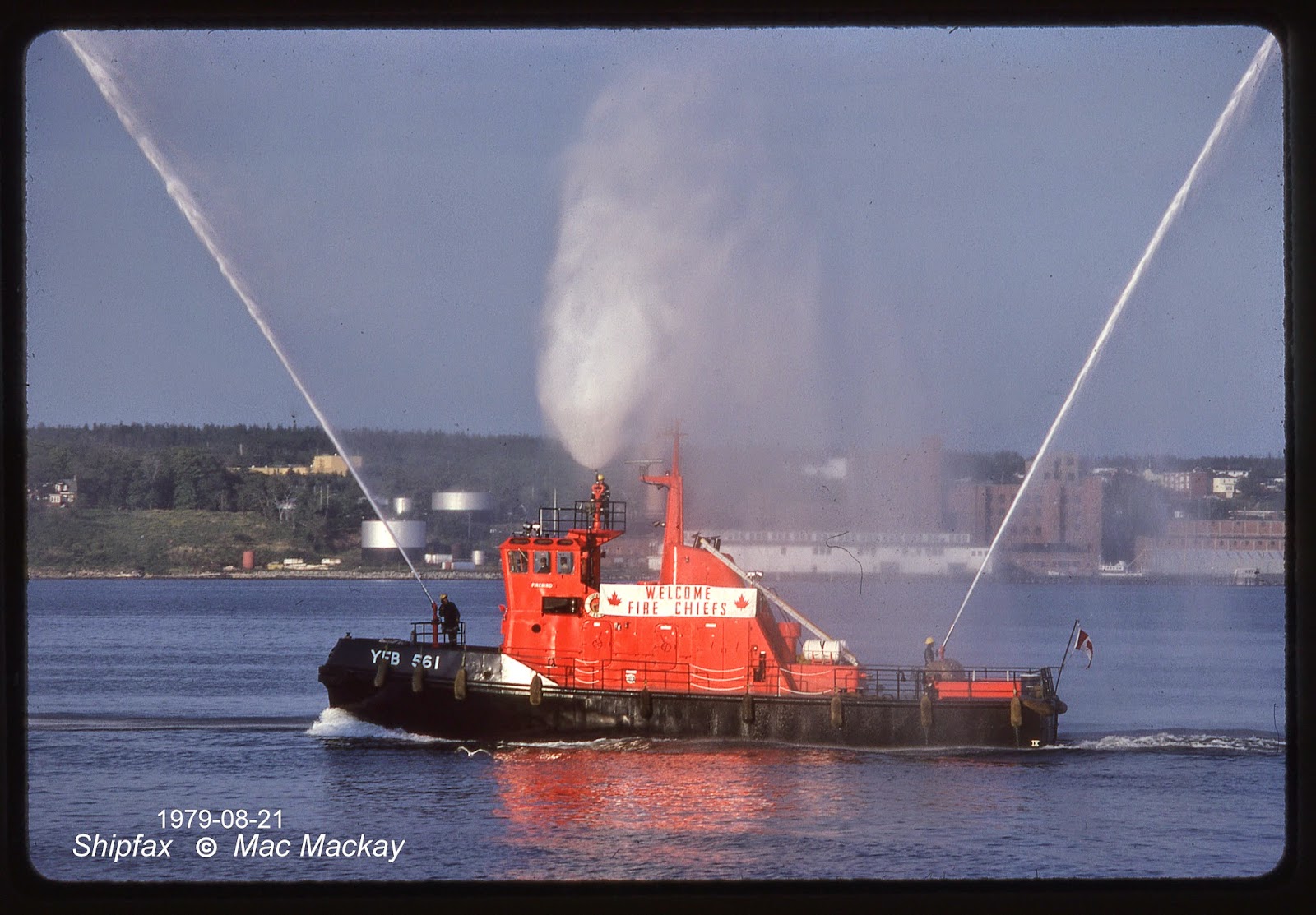 Firebird has been declared surplus and will be put up for disposal.
Posted by Mac at 9:00 PM