With a grain ship due at pier 28, the survey ship Ridley Thomas moved around the corner from pier 26-27 to pier 25 yesterday. After arriving December 8, the Thomas  unloaded some gear at pier 27, and then the ship was subject to inspections. It has apparently been held up as a result. 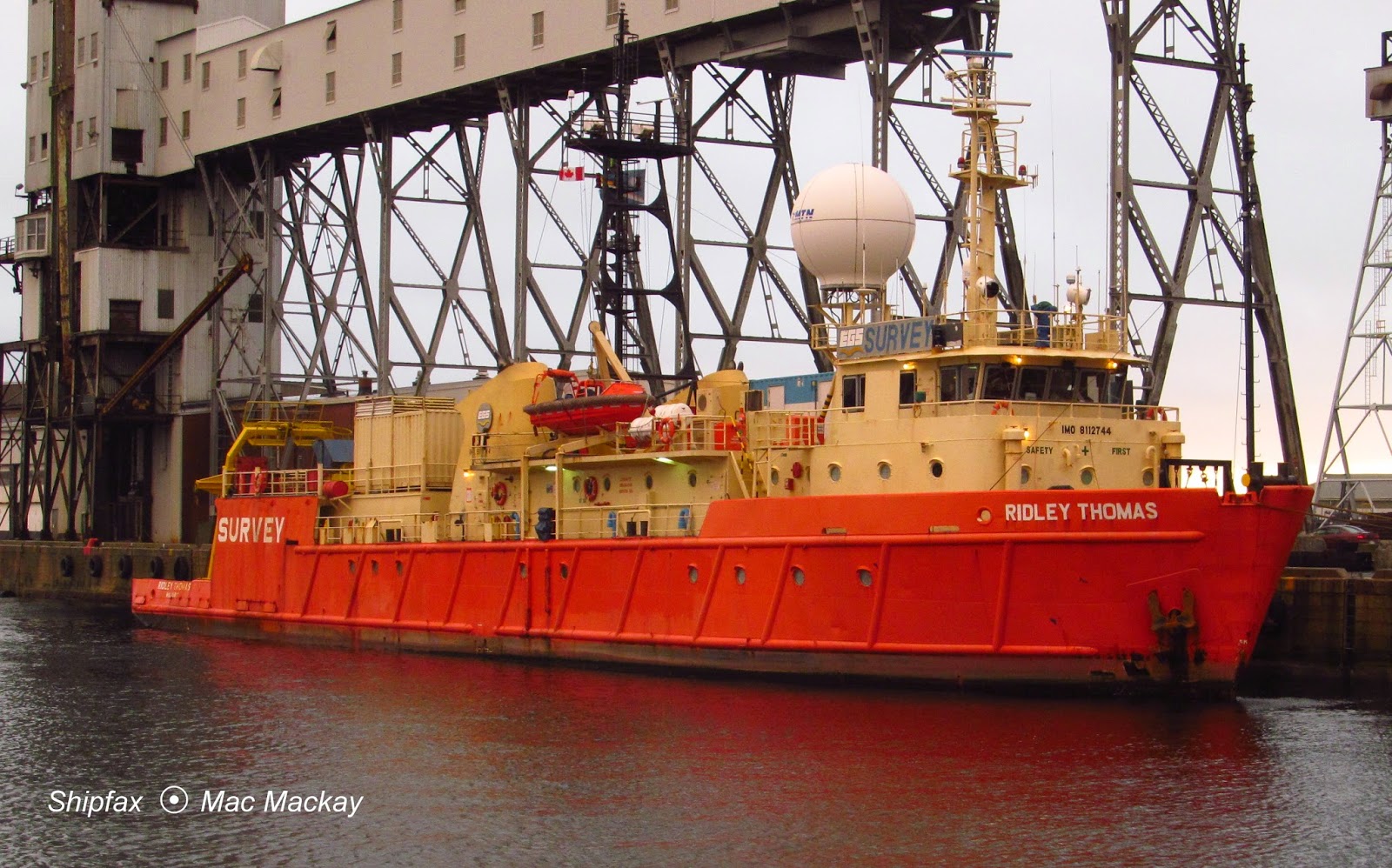 Many early offshore survey ships were built on the lines of Gulf of Mexico "mud boats" - the shallow draft, flat bottom precursors of today's offshore suppliers. Ridley Thomas certainly has the look of a Gulf boat, with heavy fendering and no shear to the hull, even though it was built in Singapore.
See: http://shipfax.blogspot.ca/2014/12/suddenly-winter.html
My impression is that it could be quite uncomfortable at sea, so it may well be waiting for better conditions before sailing, assuming any deficiencies uncovered in its inspection have been corrected.