It had to happen - winter temperatures and sea smoke have returned to Halifax harbor - at least for today. 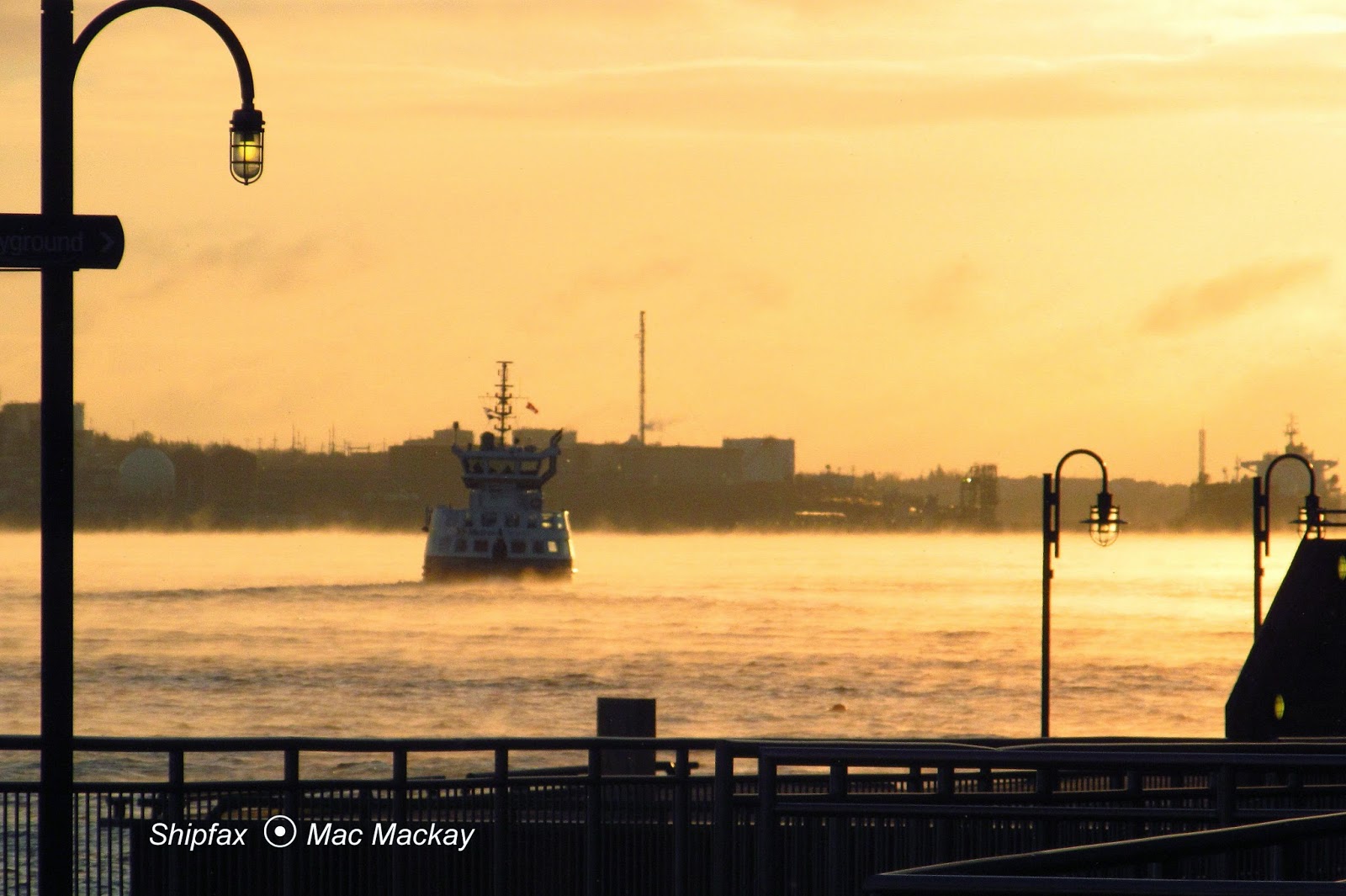 The Woodside ferry Christopher Stannix makes its way across the harbor, with Imperial Oil as a backdrop. The tanker Mare di Venezia , tied up at dock 4 should be sailing this morning. 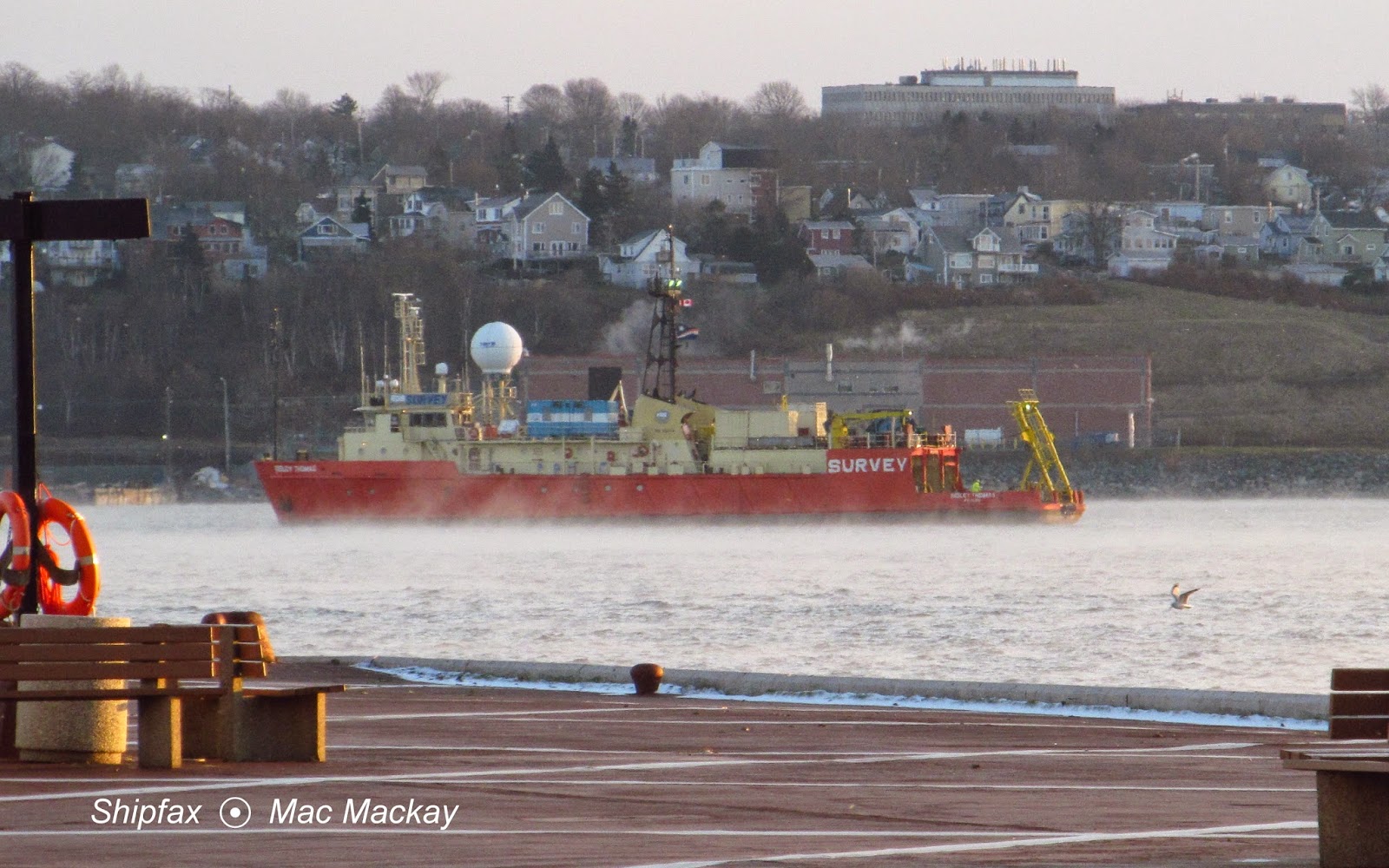 The survey ship Ridley Thomas waits at anchor until later this morning when it is due to shift to pier 27. The boat has been working off Newfoundland and St-Pierre doing geophysical  and geotechnical surveys. Built in 1981 in Singapore by Sing Koon Song Shipbuilding, it is owned by HoKoi Marine of Hong Kong and is operated by EGS Marine of the Philippines. Its original name was Western Inlet, but carried the name Inlet from 2005 to 2007 when it adopted is present name. It flies the flag of the Marshal Islands. From the EGS website, it can conduct echo sounding surveys in 2,000m of water depth.
Posted by Mac at 9:06 AM