The cargo ship Texel arrived late last night, and it was too rough to board the pilot at the pilot station. Instead the pilot boat lead the ship in almost to Meagher's Beach before the pilot could board safely.
Texel then proceeded in and tied up at Pier 9C. The ship was due several days ago, and must have encountered more rough conditions on the way across the Atlantic from Poland, via Scotland and Portugal. 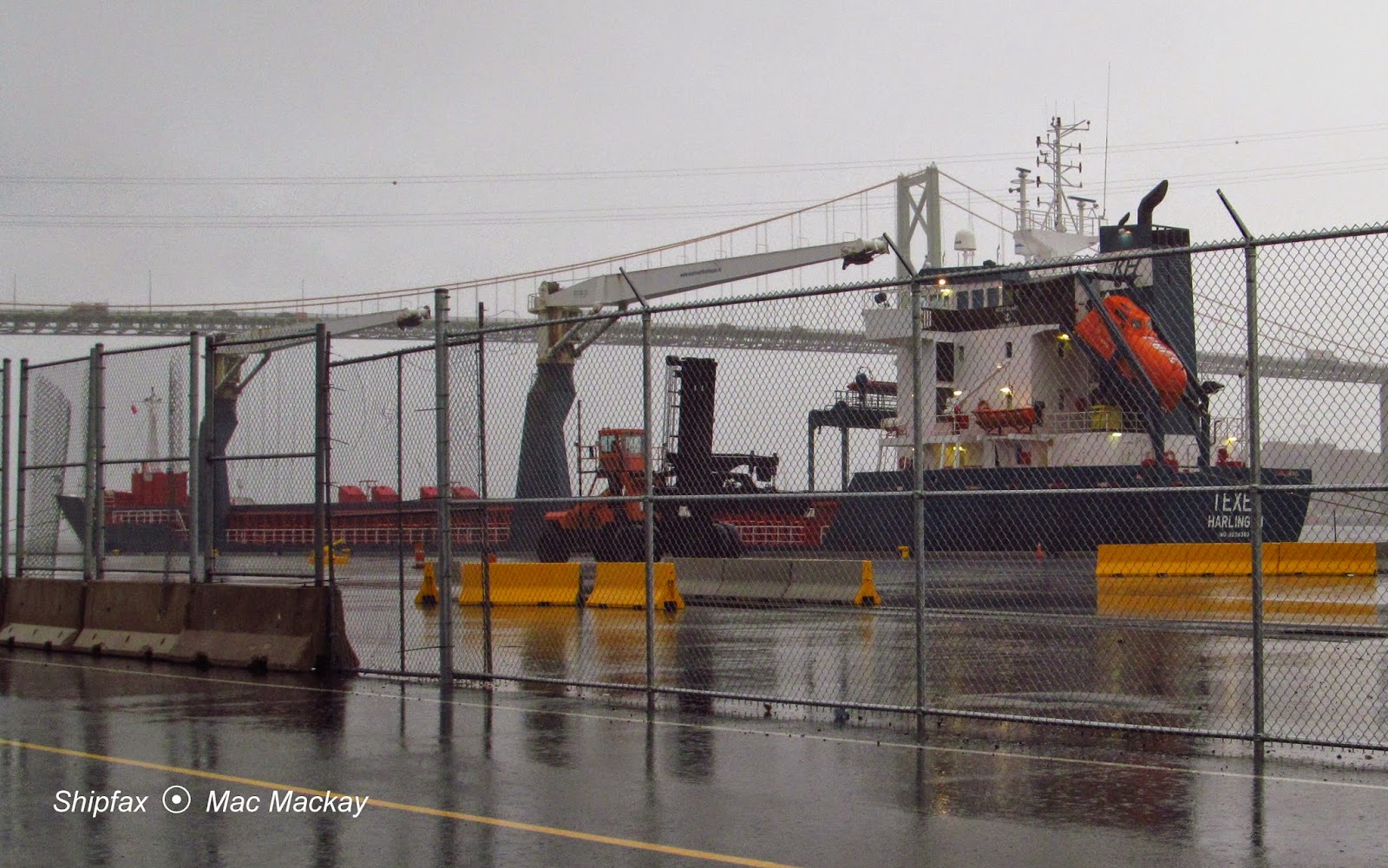 This morning it continued with gales and driving rain, and work did not start unloading what is presumed to be a load of rails for CN. This would be the first such load to use the new Pier 9C extension. Freeing up space on the south end piers was the motivation for building the Pier 9C extension, which is served rail sidings. (The yellow barriers in the photo mark the locations of rail switches.)

Texel is typical of many Dutch short sea or coastal vessels. Built in 2002 by the de Hoop shipyard in Foxhol, it measures 6,301 grt, 8,930 dwt and carries two 45 tonne cargo cranes. It also has travelling deck gantry to lift the pontoon type hatch covers. It is owned by Harlingen Kustvaart (Harlingen Coastal Shipping) , which despite its name sends it ships far beyond its own coast. Since built the ship has carried the names Dewi Parwati to 2003, Beluga Spirit during 2003, Dewi Parwati again until 2008, Texel to 2011 and Onego Merchant to 2013.
Harlingen Kustvaart is  a co-operative type arrangement between four owner operators. See their web site and spec sheets n al four of their ships: http://www.kustvaartharlingen.nl/index.html

Revision:
Texel is in fact not additional gantry cranes for Halifax Shipyard. The first sections came out this morning, in far better weather conditions than yesterday. 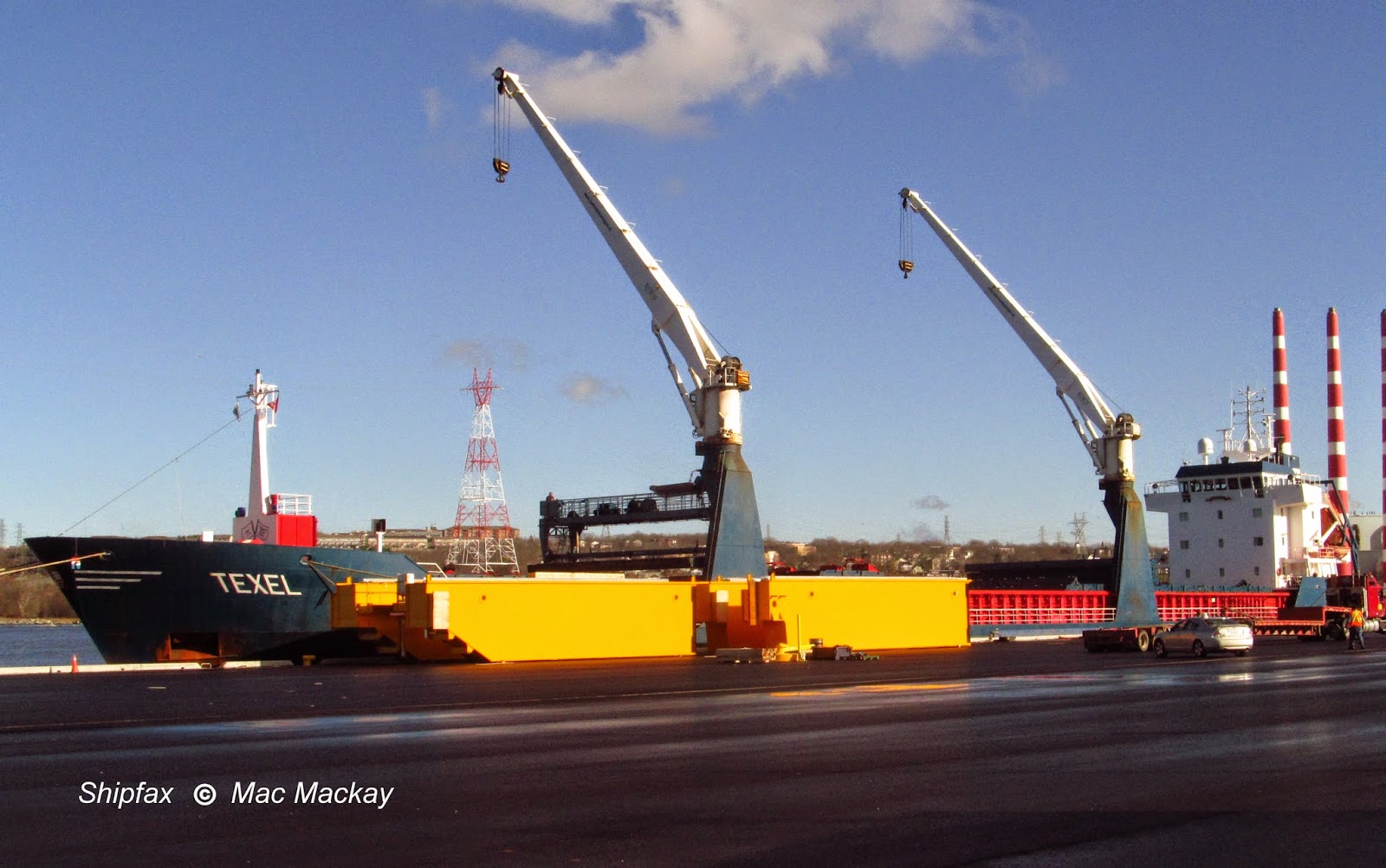