Cargo transfer from Australian Spirit to Americas Spirit got underway this morning when tugs moved Americas Spirit to a position alongside its sister ship. By tomorrow the relative drafts of the two ships should be just about the opposite of what they were at noon time today. 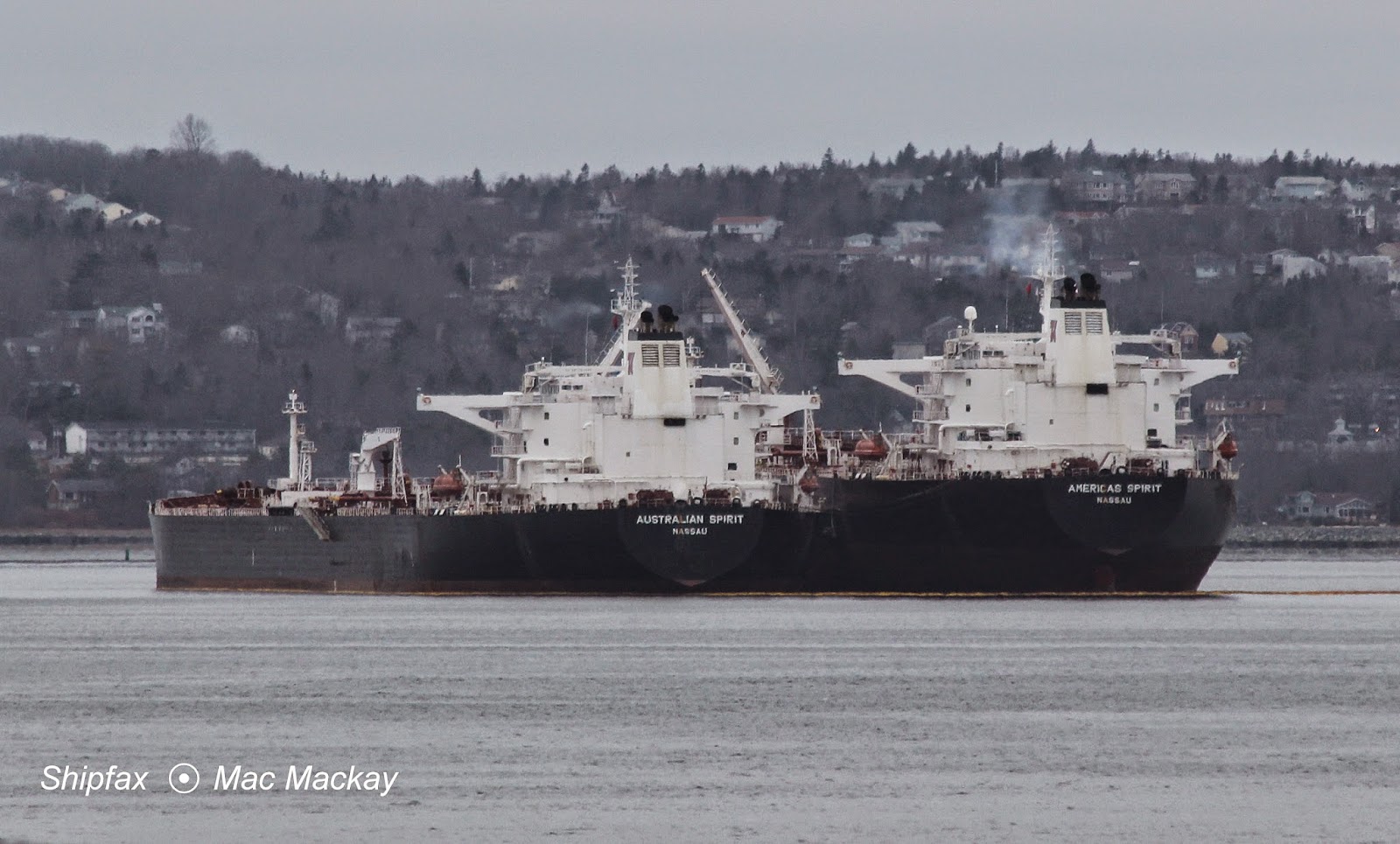 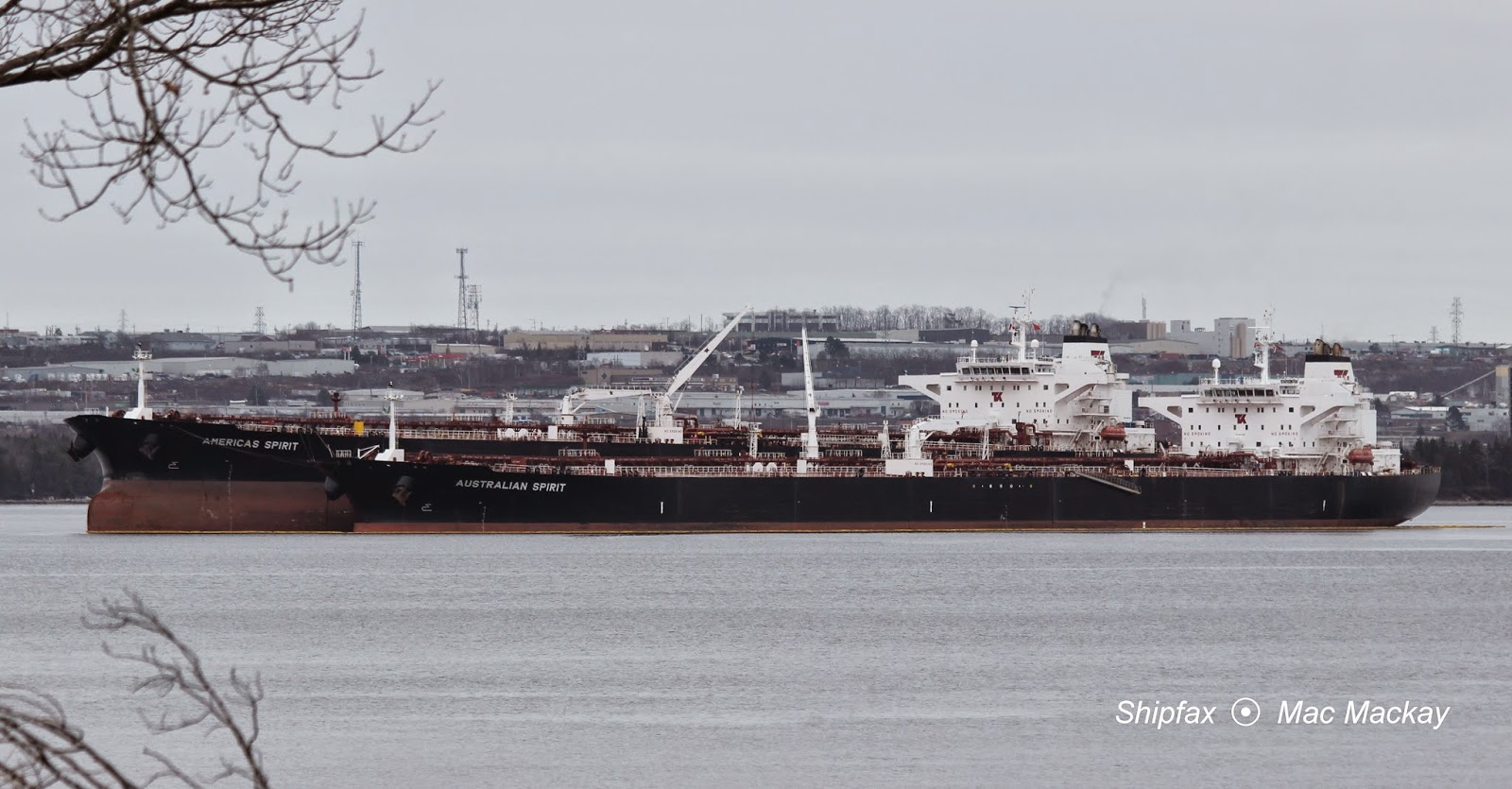 It is unusual to see crude oil transfers, but even more unusual to see the transfer between two nearly  identical ships. Can you see the differences?

Halifax has been the scene of many transfers before, which I will describe in a later post.