While still a holiday for most, there was activity in the harbour today: 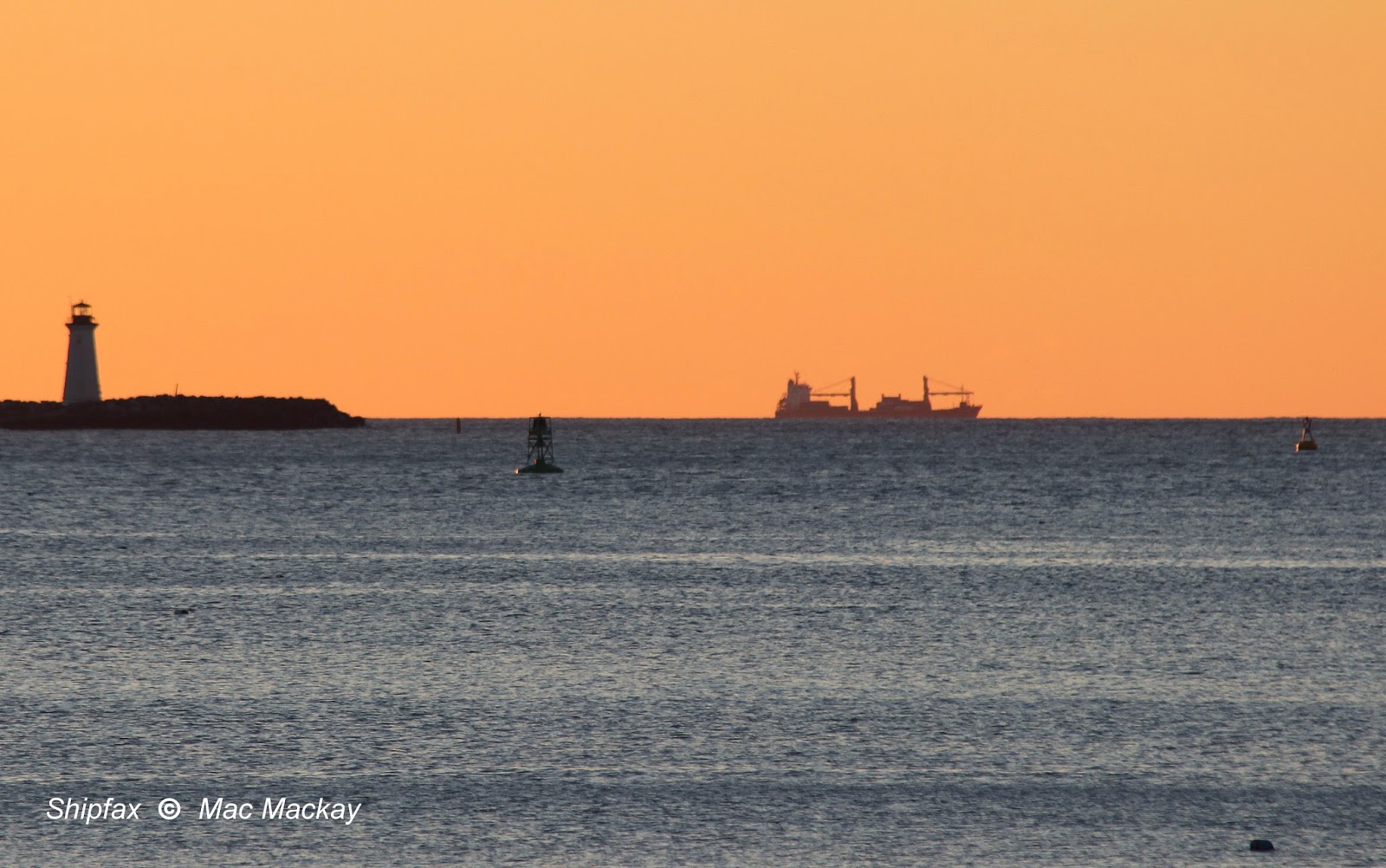 As dawn broke, the container/cargo ship Zeelandia could be seen at anchor off Chebucto Head. It will wait until 2300 tonight to take its pilot, docking at pier 30-31 just after midnight. There will be no holiday overtime pay for the longshoremen, December 27 is just another working day. The ship is a regular caller for Nirint Lines.
Here is how she looked on a very hot day in June sailing up the  St.Lawrence: 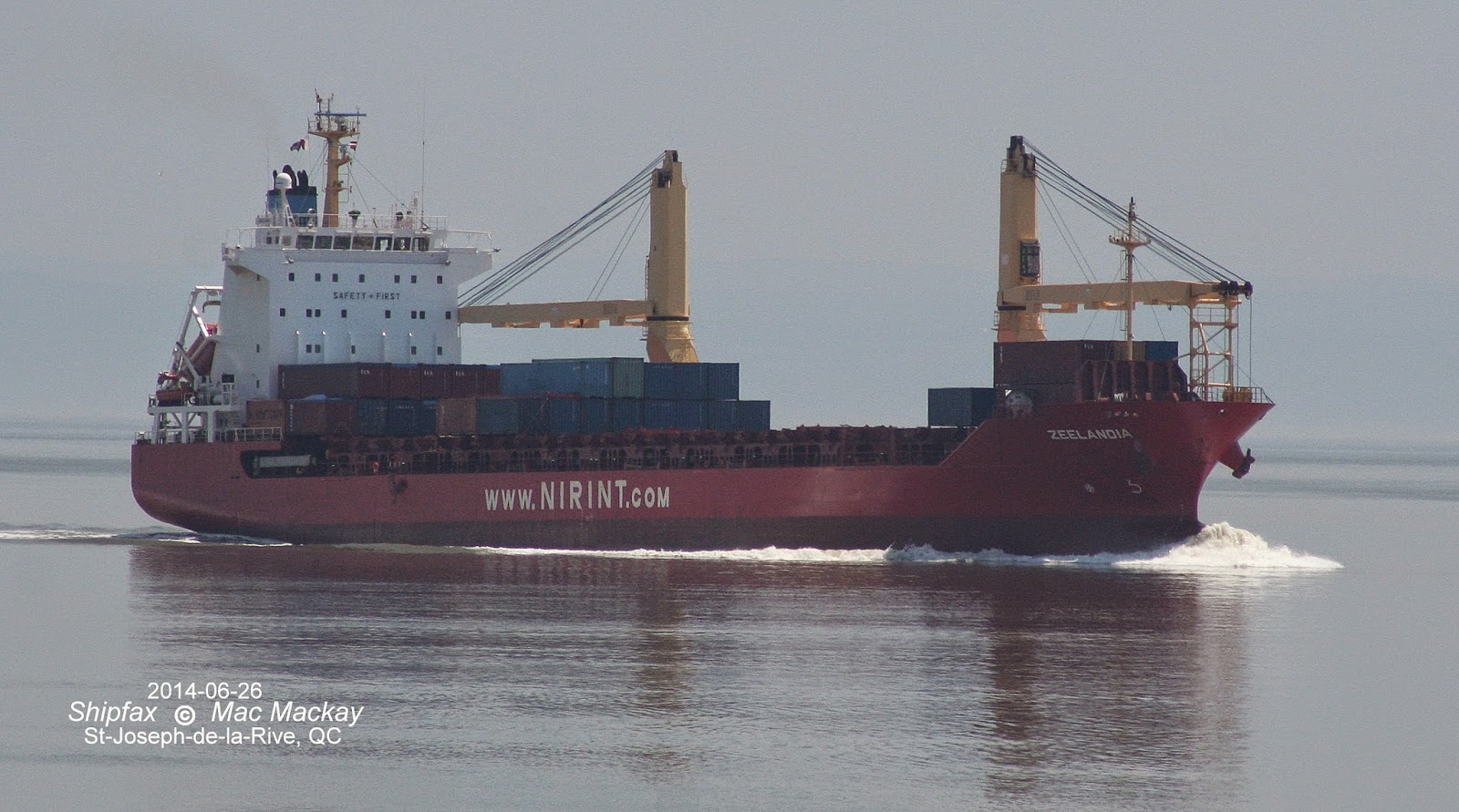 Before dawn the autocarrier Hoegh Masan arrived at Auoport and began unloading the usual little white vans, but also Toyotas and other brands of cars. 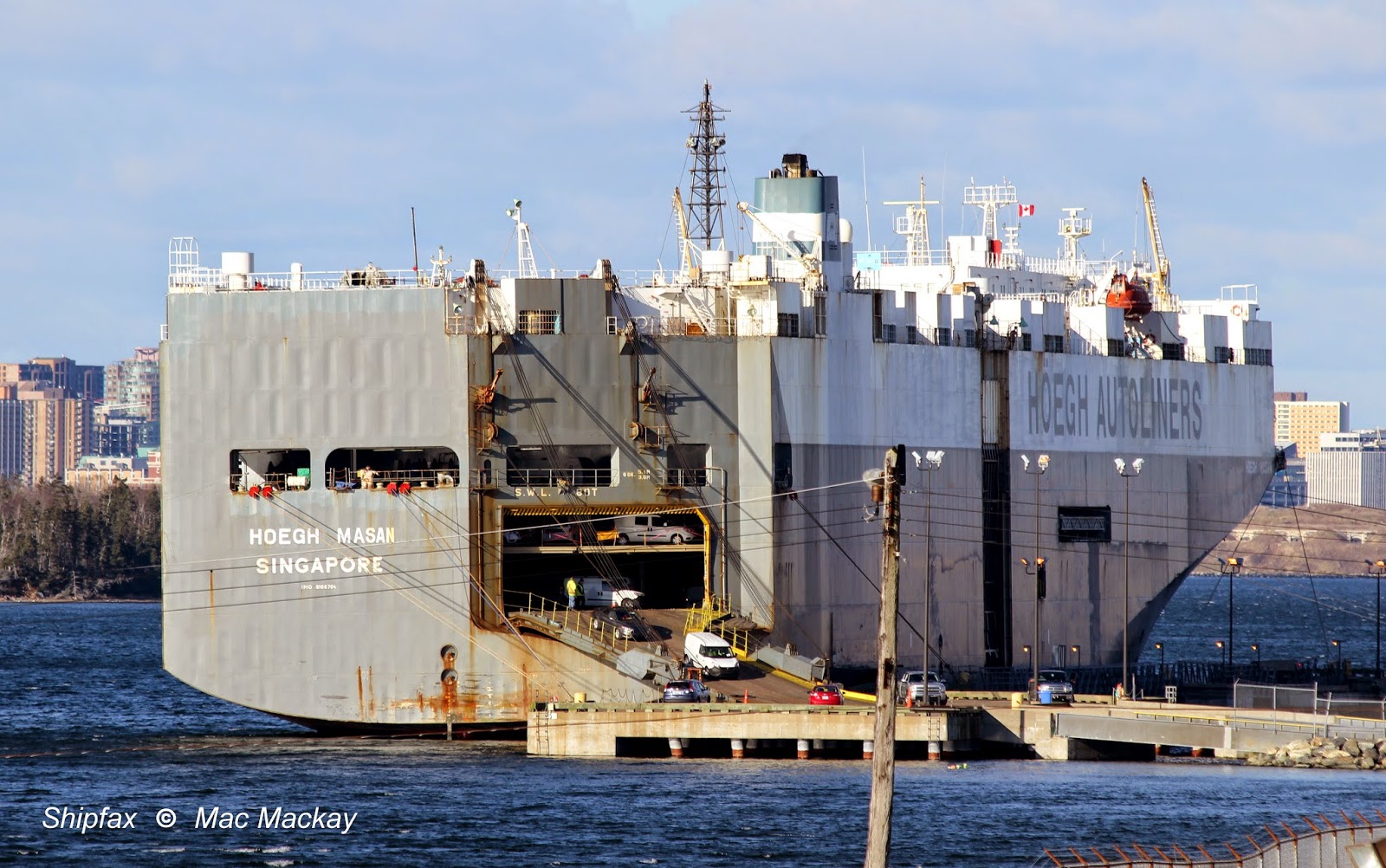 Dating from 2008 the former Maersk and CSAV ship is on at least its fourth visit to Halifax this year, as the the auto trade continues to boom.

Soon after sunrise the unfortunately named FPMC 21 sailed. It arrived on the 23rd and was last here November 30.

The pilot boat A.P.A.No.1 heads out ahead. The regular boat Chebucto Pilot is in refit.

The  Liberian flag tanker was built in 2009 and takes its name from the Formosa Plastics Marine Corp of Taipei, Taiwan.