A busy day in Halifax harbour:

At pier 28 the Marshal Island bulker Genco Thunder arrived to load grain. Built in 2007 as CMB Aurelie for Bocimar of Antwerp, Belgium, it acquired its present name when Genco of New York acquired the ship in 2008. It measures 41,115 grt, 76499 dwt, and will likely be taking a part cargo here, with top off elsewhere. The ship sailed for Ghent, Belgium Sunday December 21. 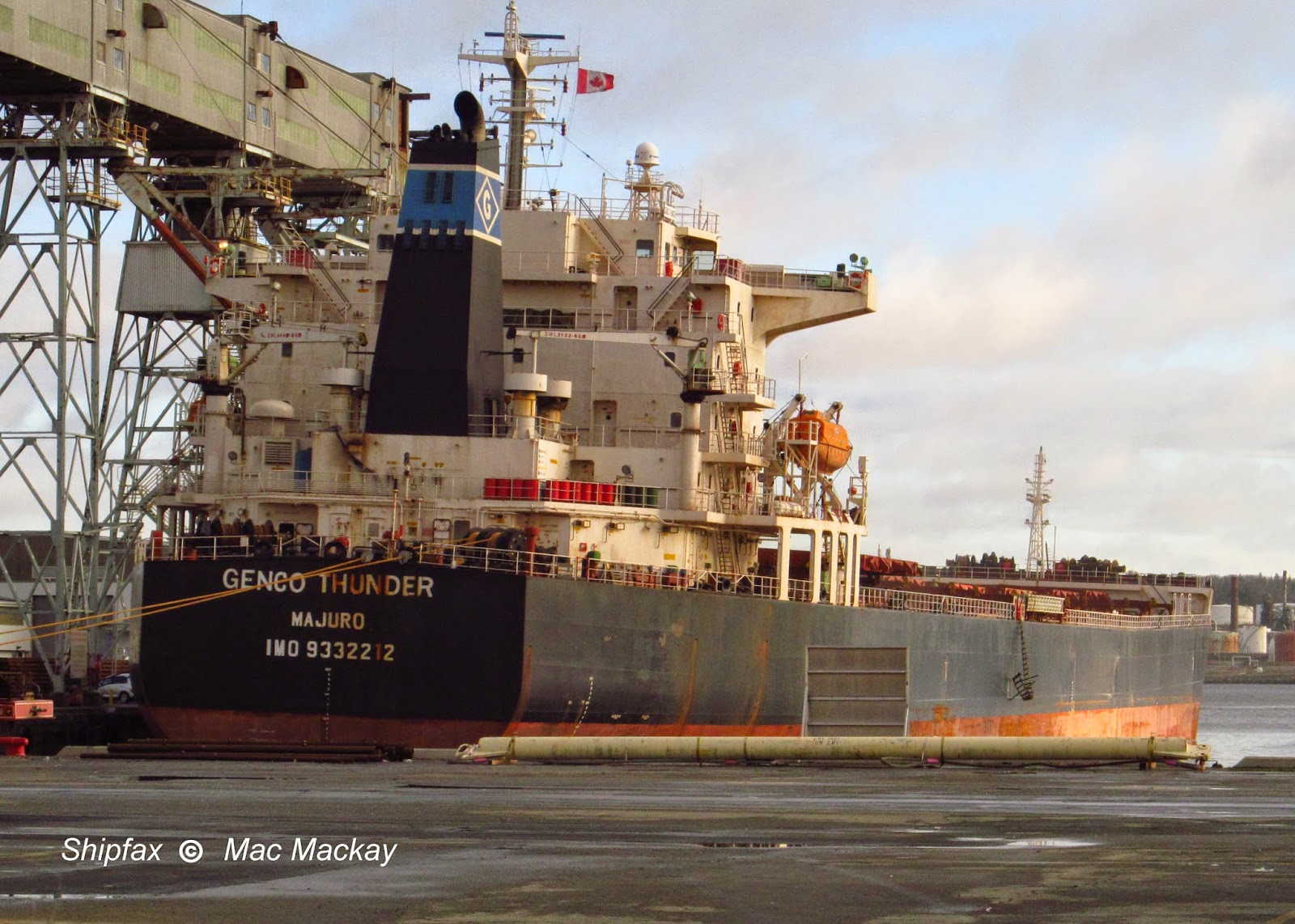 An usual, stern in berthing at pier 28, and a little list to starboard.


Autoport continues to see a stream of car carriers. Today's arrival, Asteria Leader is a member of the NYK fleet. Built in 2010 by Shin Kurushima shipyard in Toyohashi, Japan, it measures 62,084 grt. 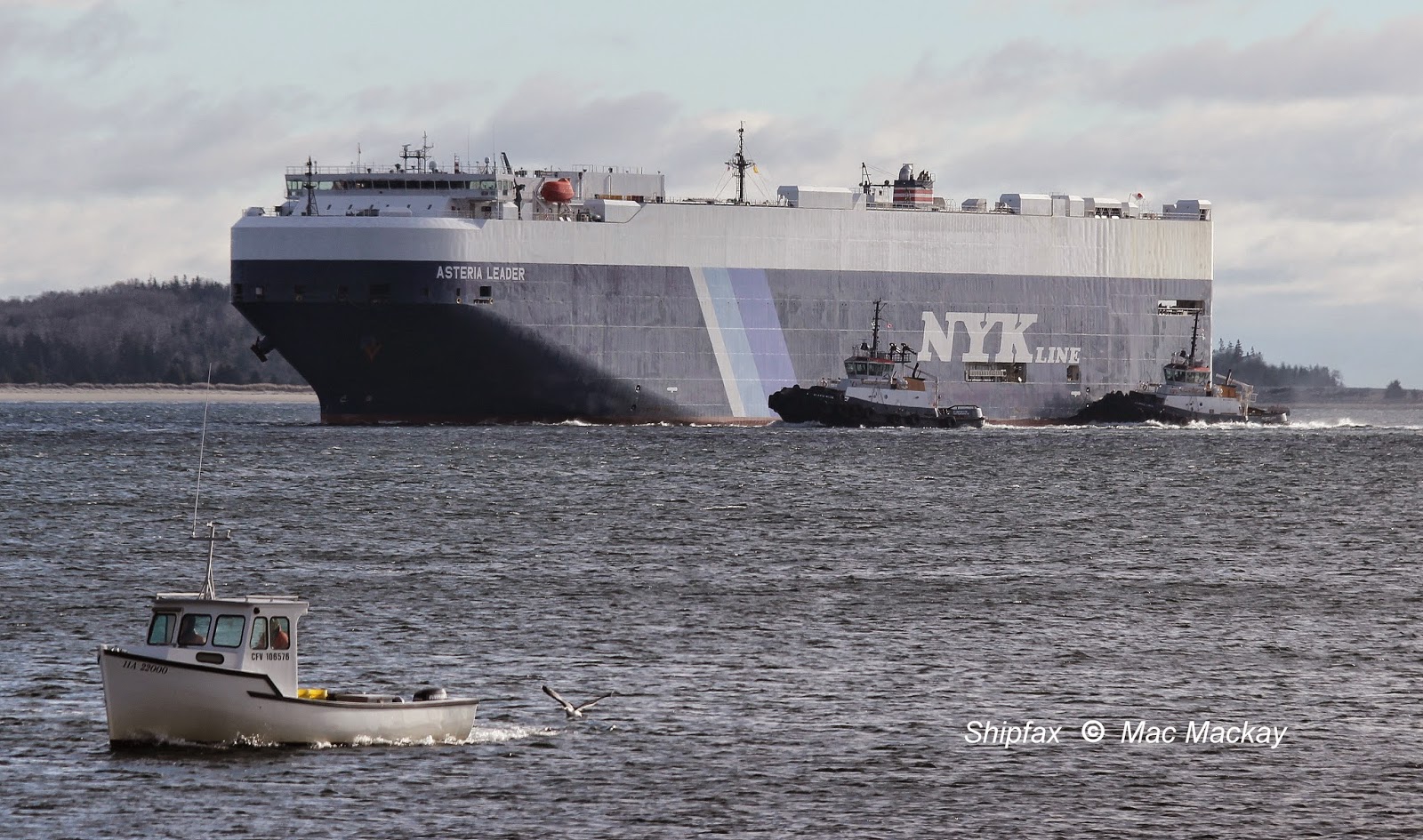 A lobster boat tends is traps off Point Pleasant Park as Asteria Leader takes it tugs.

National Gypsum was the destination for Atlantic Huron . The veteran laker dates from 1984 and has been rebuilt twice. The first time in 1989 when it was converted to a self-unloader and renamed from Prairie Harvest to Atlantic Huron. In 1990-1992 it was reflagged to the Bahamas and from 1994 to 1997 it carried the name Melvin H. Baker II and was again reflagged to the Bahamas for a charter to National Gypsum. In 2002 it was widened in the mid-body to take advantage of new St.Lawrence Seaway regulations. It has been a frequent caller in Halifax over the years, often with grain in its earlier years, but recently only for gypsum. As the Seaway shipping season nears an end, this may be the last Great Lakes caller we see this year.

Atlantic Huron lines up for the A. Murray MacKay bridge as it exits the Narrows. It shows the tremendous wear and tear Lakes ships acquire in the course of a season, and years of locking through the Seaway. 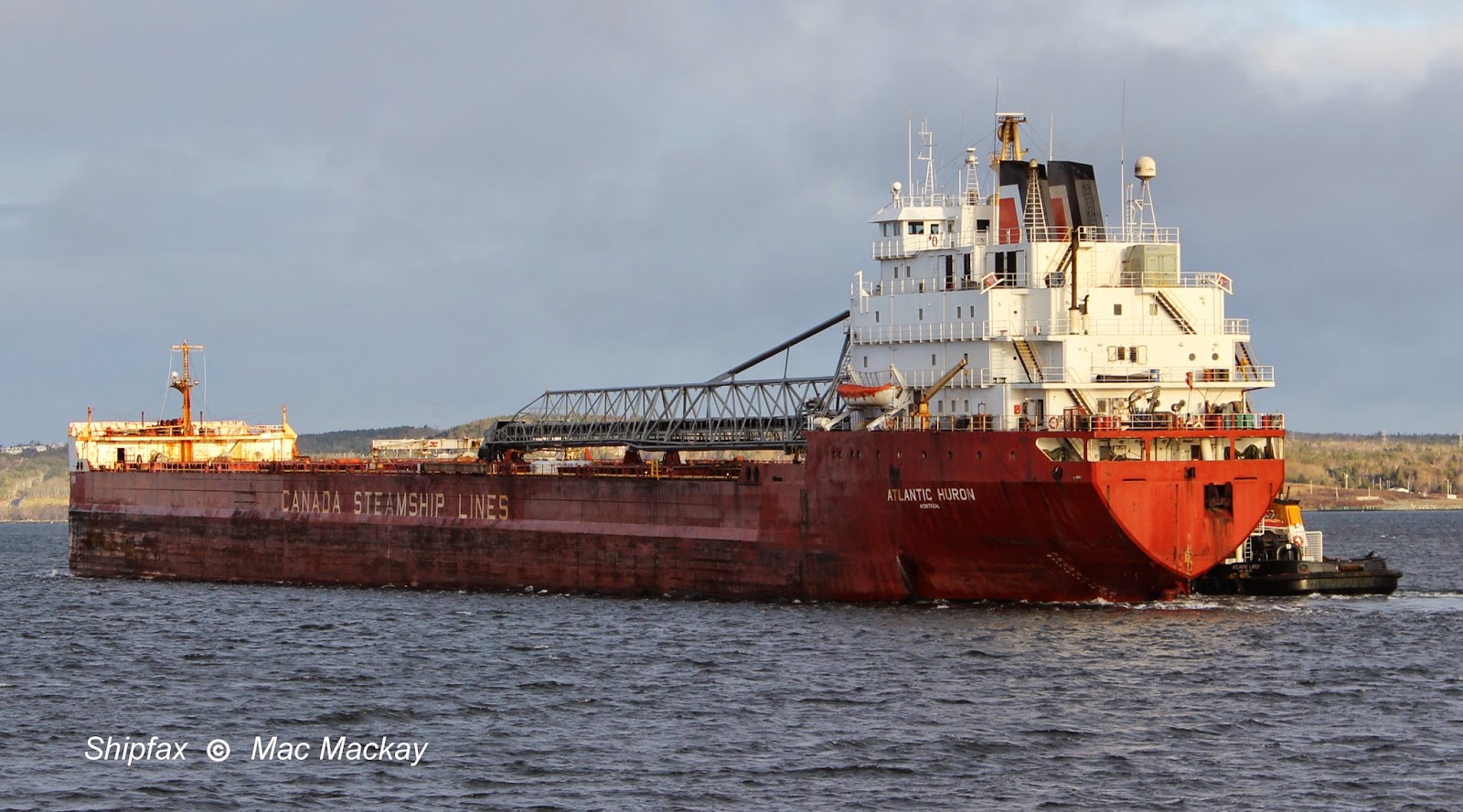 With Atlantic Larch alongside, the ship makes for National Gypsum.

Meanwhile in the other corner of Bedford Basin the tanker Crown II shows off its new name, acquired only this week. The former Greek tanker High Nefeli was renamed Thursday. It has also been reflagged to Malta.

The crew has painted out the funnel in white before applying the new owner's insignia.

The Liberian product tanker Elka Sirius did not have to go to anchor, but docked at Imperial Oil dock 4 on arrival. It was built in 2003 as Stinice by the Split Shipyard in Croatia and of handysize tonnage 30,770 grt, 45,467 deadweight. European Product Carriers Ltd of Athens acquired the ship in 2005 and gave it its current name.