A little less than twelve hours was all it took for the heavy lift / general cargo ship HHL Mississippi to arrive, discharge and sail. 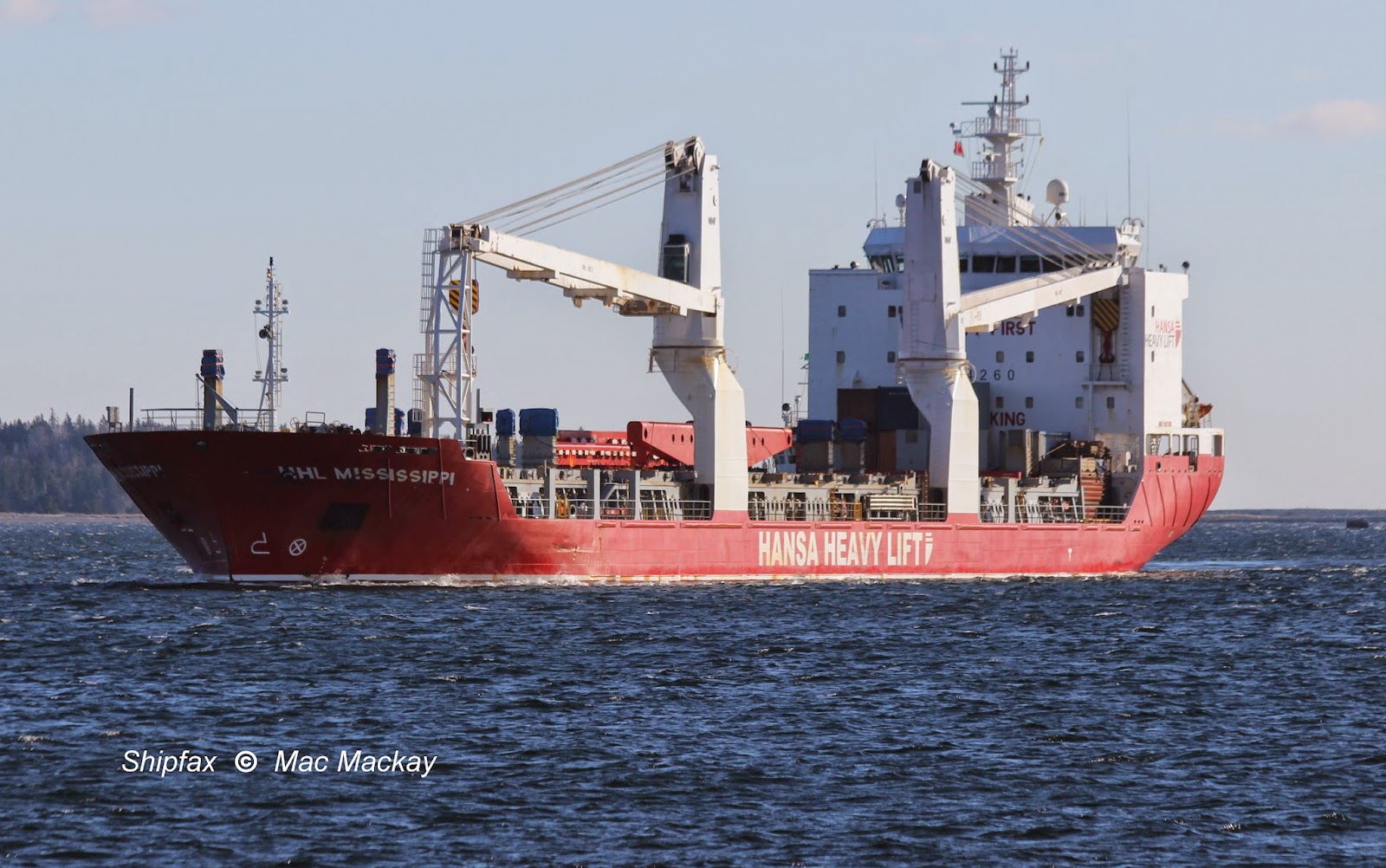 Built as Beluga Fantasy by Jiangzhou Union shipyard in Ruichang, China, the 9611 grt, 12,669 dwt ship is fitted with two 180 tonne cranes, which can combine to lift up to 360 tonnes. The Beluga Shipping juggernaut collapsed amid criminal charges and the fleet was sold off. This ship was briefly named OXL Fantasy in 2011 before Hanasa Heavy Lift GmbH of Hamburg acquired and renamed it late in 2011. 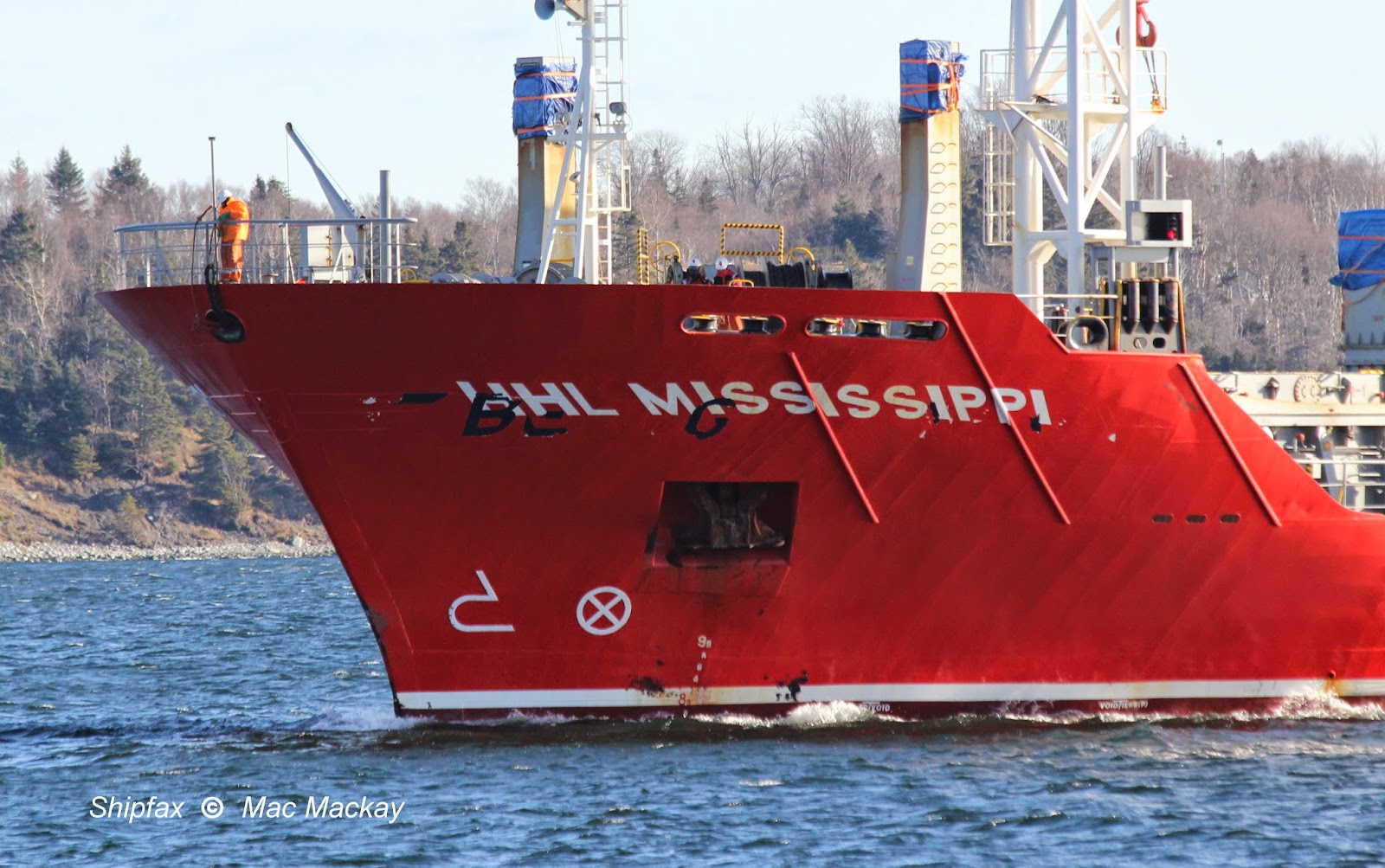 A crew man prepares mooring lines on the bow. A remnant of the ship's original name shows through, indicating a hurried overpainting of the HHL red/orange on the Beluga blue. Note the hold ventilators are tarped.

The first order of business was to off load a huge 770 tonne capacity spreader from the deck, to allow the hatch to be opened. The spreader itself weighs 37 tonnes, so it was easy work for one crane.
Unfortunately the ship tied up at pier 27 where its cargo was not visible- I will have to wait until tomorrow to see what it left behind. 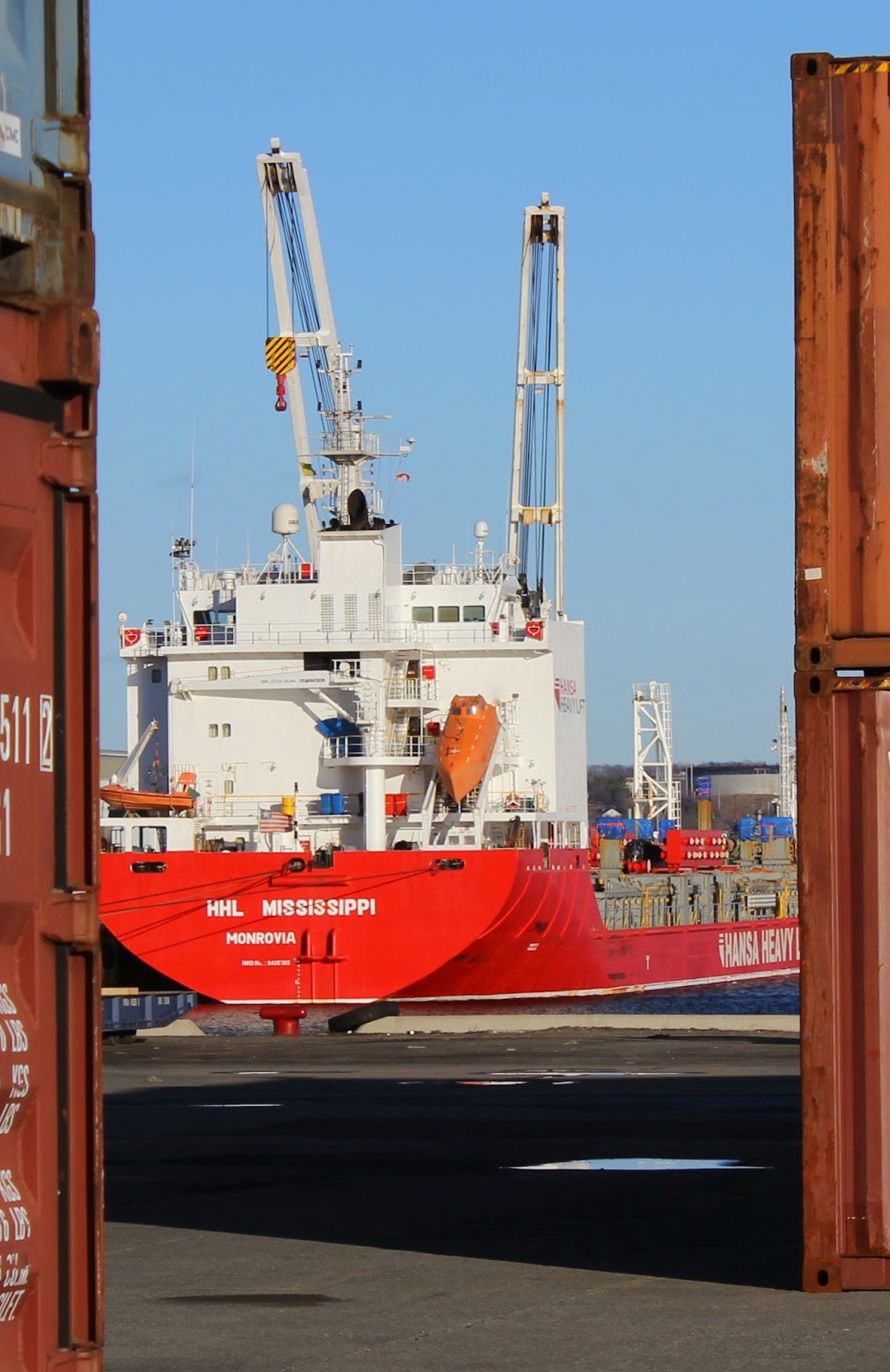 A a narrow slot between containers allowed for only a partial view of the ship working at pier 27.