The big Canadian tanker Heather Knutsen sailed this morning from anchorage in the harbour. 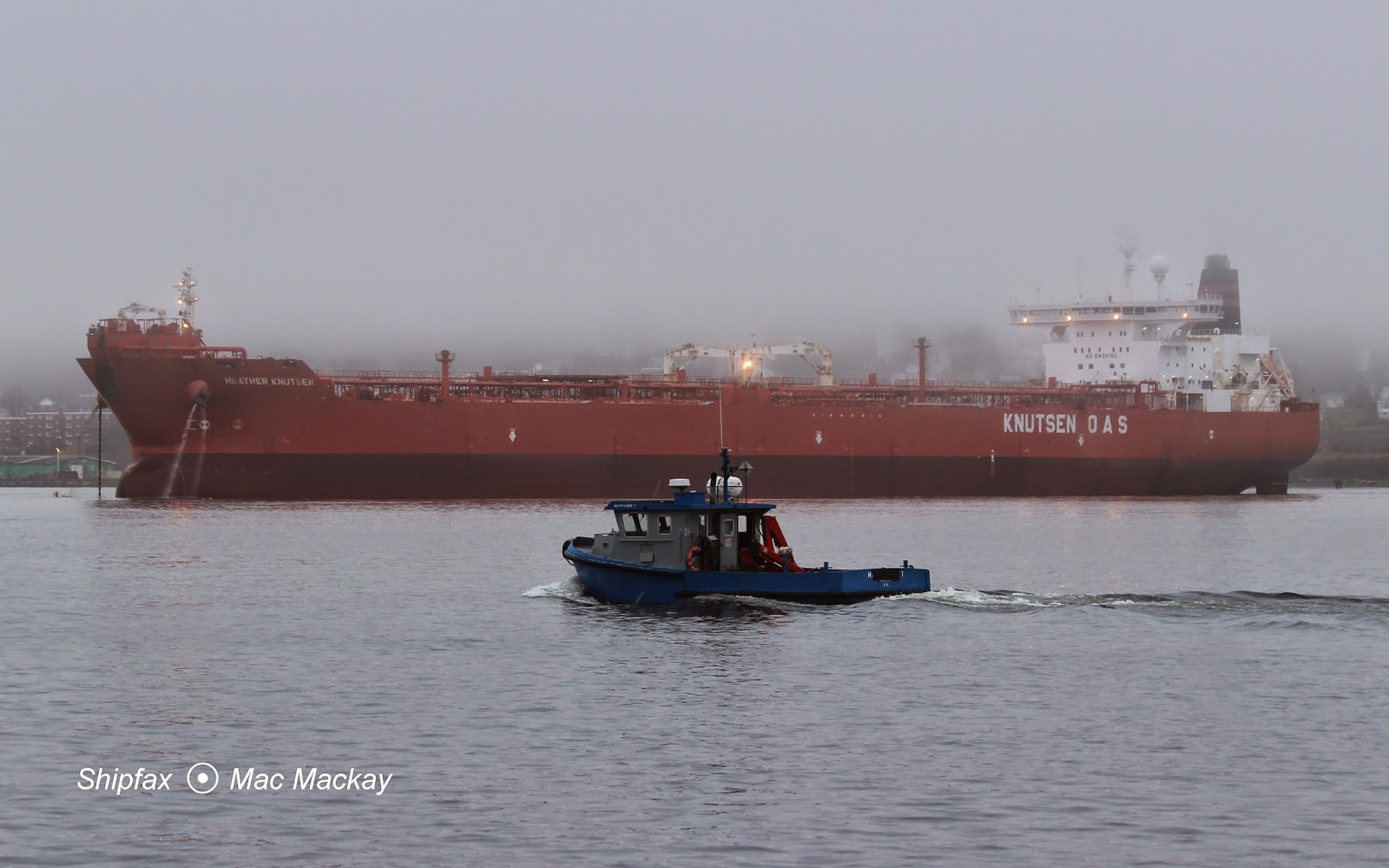 The Port Authority work boat Maintainer I  goes about its business as the Heather Knutsen weighs anchor, and fog sets in.

After laying off Halifax for a day until weather improved, the ship made a first attempt to enter port yesterday afternoon. It was till too rough to board the pilot safely, and it put back to sea until last evening, when it was finally able to enter. As a (partially) loaded tanker, it required a tethered escort tug.
After taking on bunkers, stores and making some crew changes, the ship sailed this morning, timing its departure to pass the inbound Australian Spirit under tow. 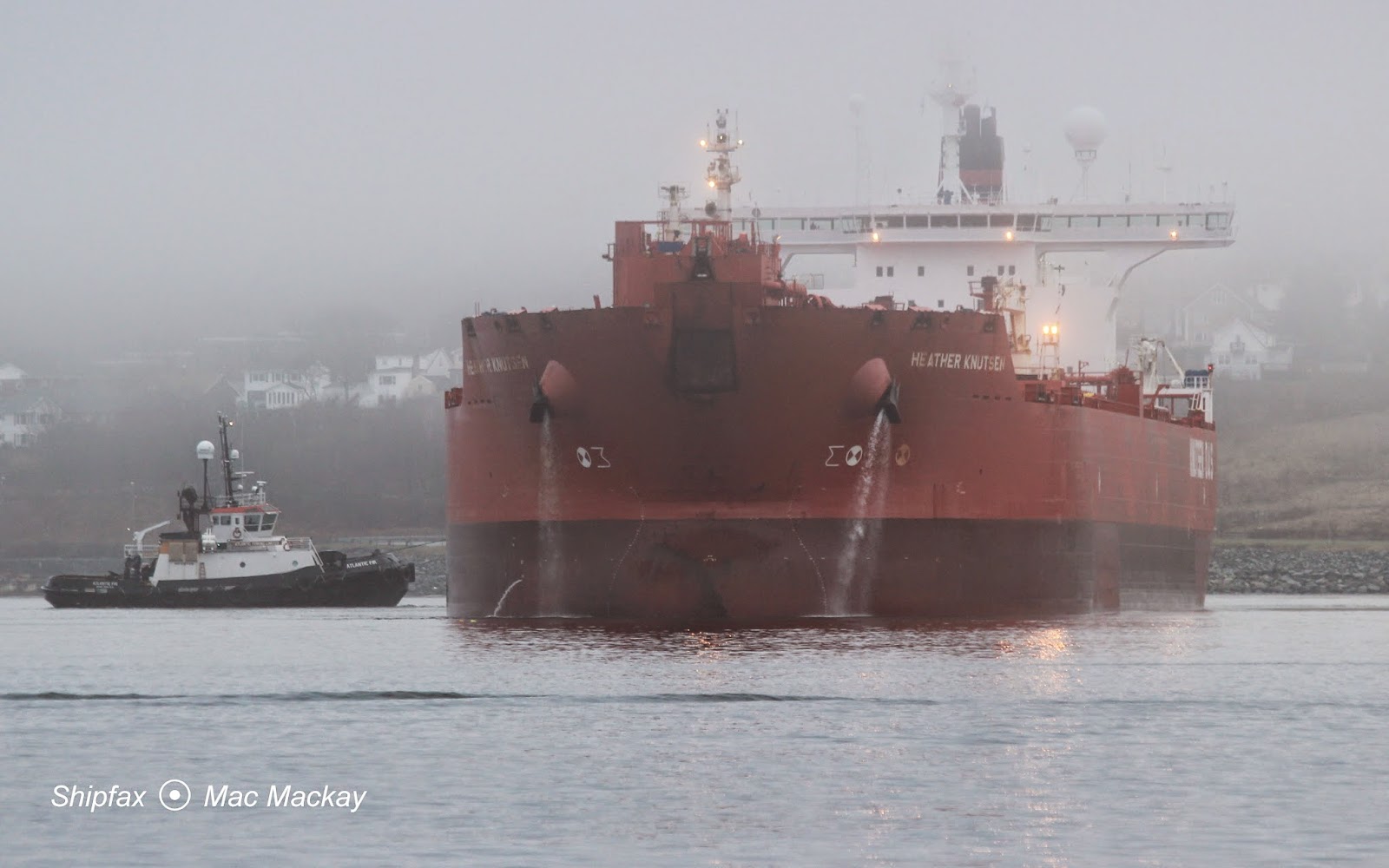 The ship has oil aboard, but is nonetheless heading to Hibernia to load more. I suspect that loading operations there were suspended due to weather and the ship made for Halifax as a nearby convenient port that could handle a ship of its size.
Built in 2005, the 80,918 grt, 148,644 dwt ship is one of Canada's two largest tankers. It shares the distinction with sister ship Jasmine Knusten. They are products of Samsung, Koje, South Korea.