The ferry that will take over the Digby, NS to Saint John, NB ferry service next year arrived at first light this morning. Its first stop in Canada was in Saint John, NB on Tuesday, when it passed the outbound Princess of Acadia, which it will replace. After a brief goodwill visit to its new homeport, and a political photo op, it sailed for Digby to do a docking trial then on to Halifax. 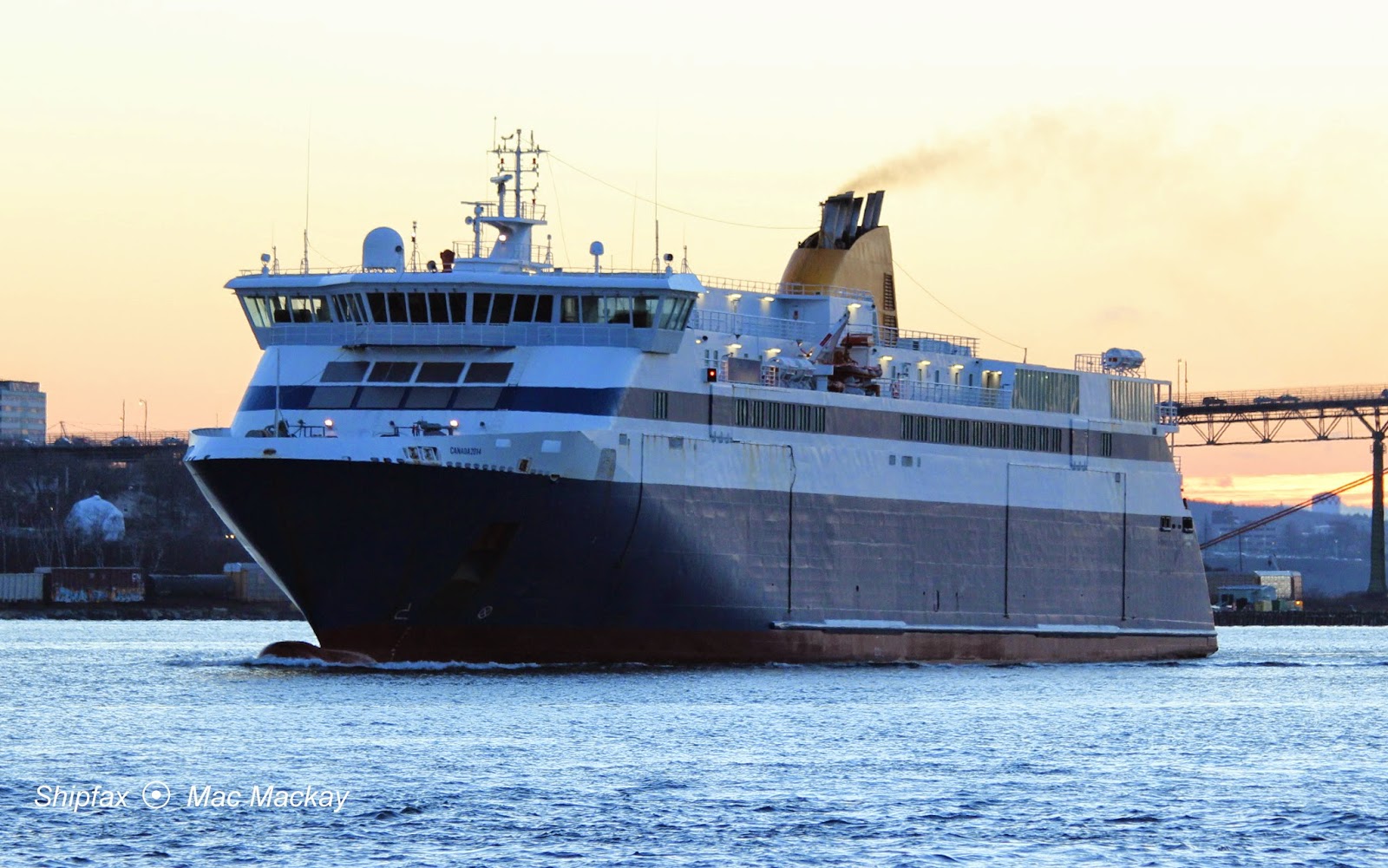 It berthed at pier 9A where it will undergo a major refit before it is ready for service in the spring.

Renamed Canada 2014 and registered in Ottawa (it is owned by the Minister of Transport) it is the former Blue Star Ithaki, a name which still appears on the ship's hull, but has been painted over. 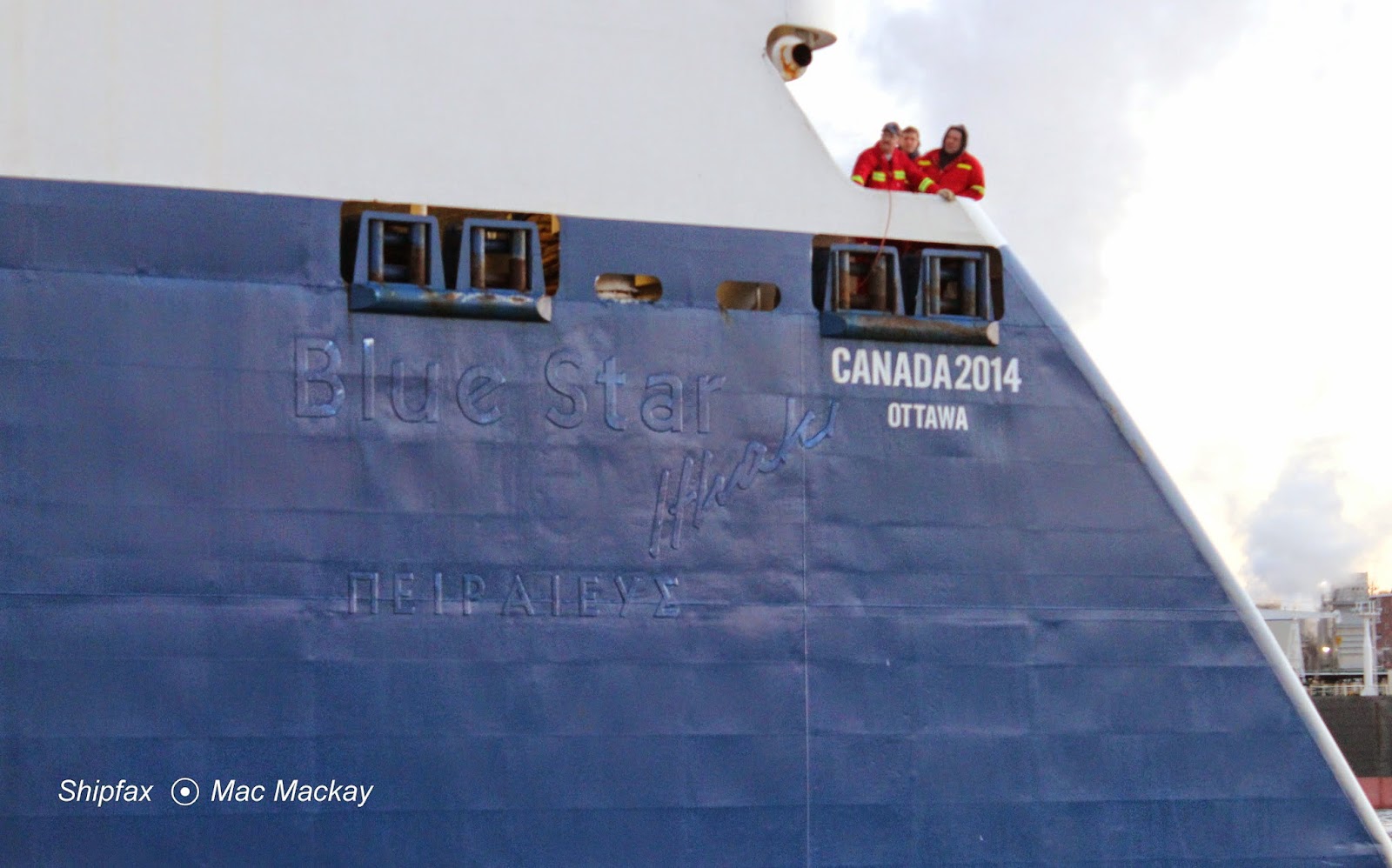 Let us hope that "Canada 2014" will also be painted over soon, and the ship will be given a proper ship's name, befitting is importance to  both Nova Scotia and New Brunswick.