Work has started on construction of a new bollard on the Tall Ships Quay, behind the Nova Scotia Power office building. Crews from Waterworks Construction have cut out a section of the deck and were busily removing timber piles this morning in order to make room for the new bollard. 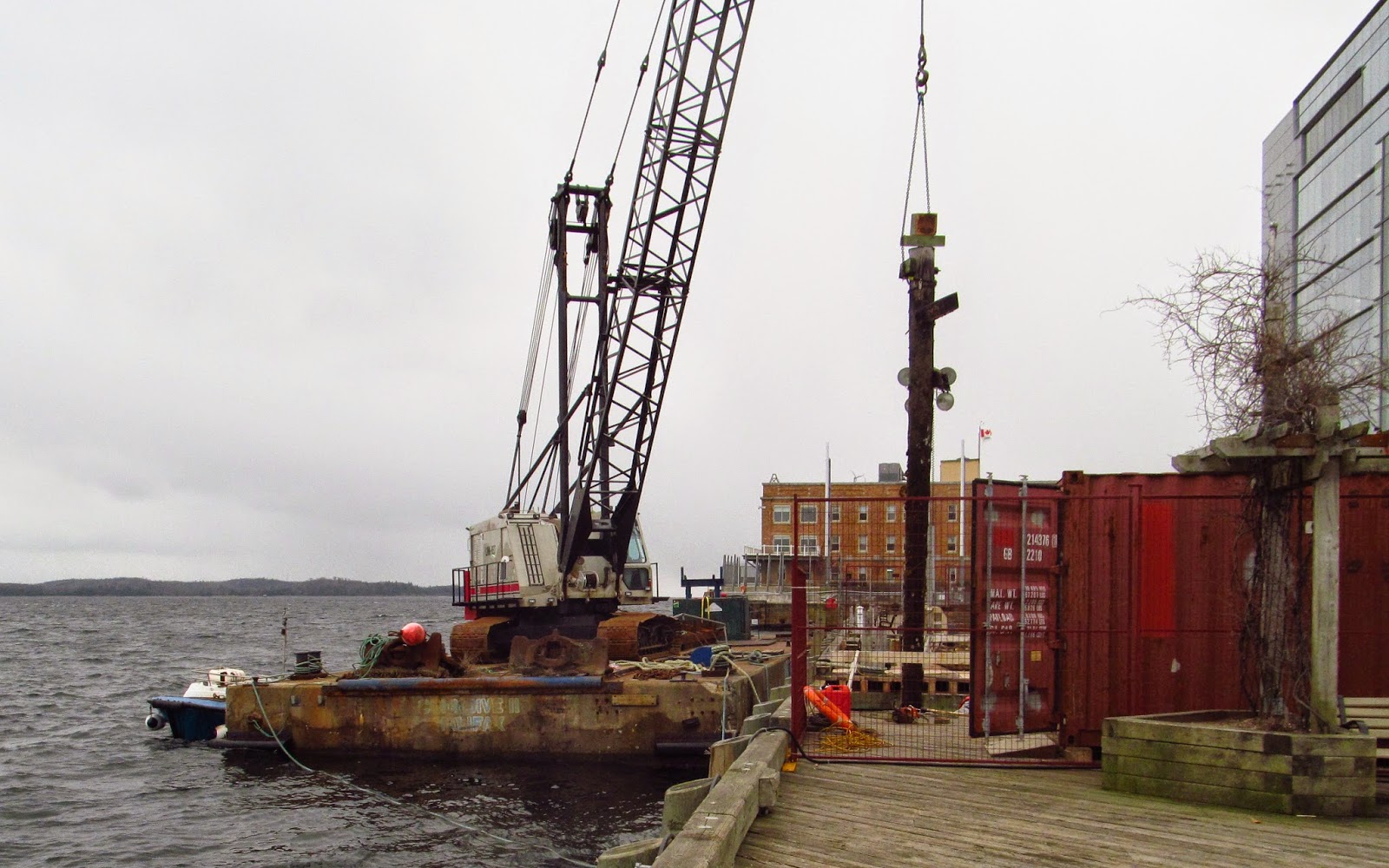 The new bollard will take the head lines of cruise ships tying up at nearby Pier 20, thus making it possible for larger ships to berth at the sea wall from Piers 20 through 22. As it is now, two large cruises ships cannot tie up at the same time, without extending mooring lines across the camber at Pier 23 to Pier 26, blocking access to four berths. The new bollard will allow sufficient scope on the headline of a ship to tie up safely at Pier 20.

When the seawall was built it was expected that only one large transatlantic passenger ship would tie up at a time, using the immigration facilities of Pier 21. The famous photo of Aquitania's four funnels projecting above the roof of the sheds shows how the pier was intended to be used.

Now it is not unusual to have three or four large cruise ships in port at the same time. As cruise ships grow in size they need more and more room and the 2,006 ft long seawall can accommodate only two ships. Without extending the pier itself, this seems to be the only way to increase the capacity.

There will be several problems:
One is how longshoremen will be able to secure such a long line. I hear that the ships may use a rocket gun to fire a messenger line. That will certainly mean that the Tall Ship Quay will be closed to "civilians" during mooring. I hope that NS Power has glass insurance!
The linehandlers will have to use some sort of capstan to haul the heavy line in, since it will be several hundred feet long.
Another is security of the line while the ship is in port. There will have to be a fence around the bollard to prevent tampering.
And there is the risk of a line parting during the docking, undocking or in bad weather. A parting line can be lethal, so there will be more restrictions on pedestrians in the area if the line is over tensioned- and who watches out for that? 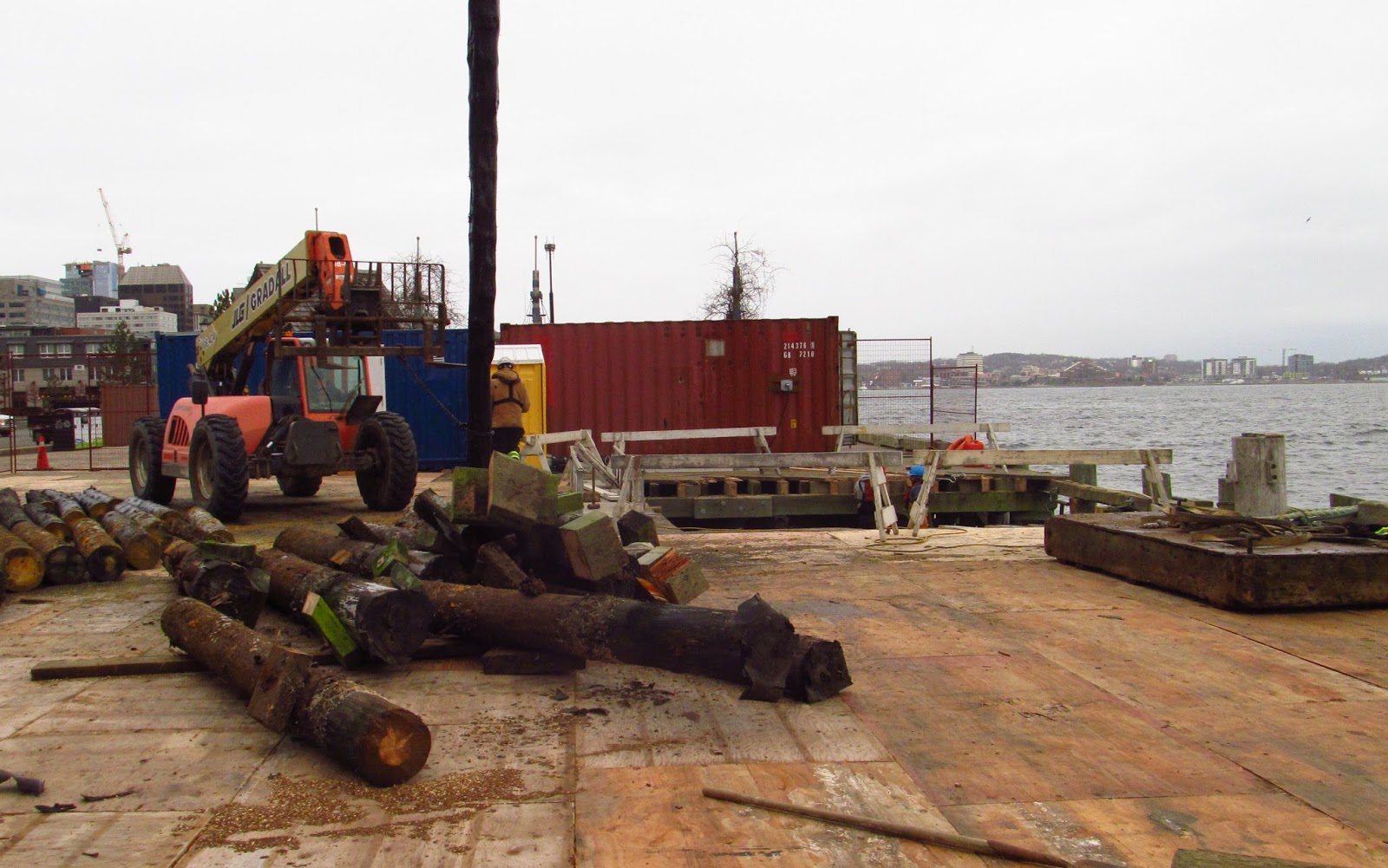 Far from being a cleat bolted down to the wharf, this bollard will require its own piles driven well down into the seabed and a large concrete top. The bollard itself will also be a substantial piece of steel if the old "Queen Mary" type bollard at the north end of Pier 20 is any indication.. 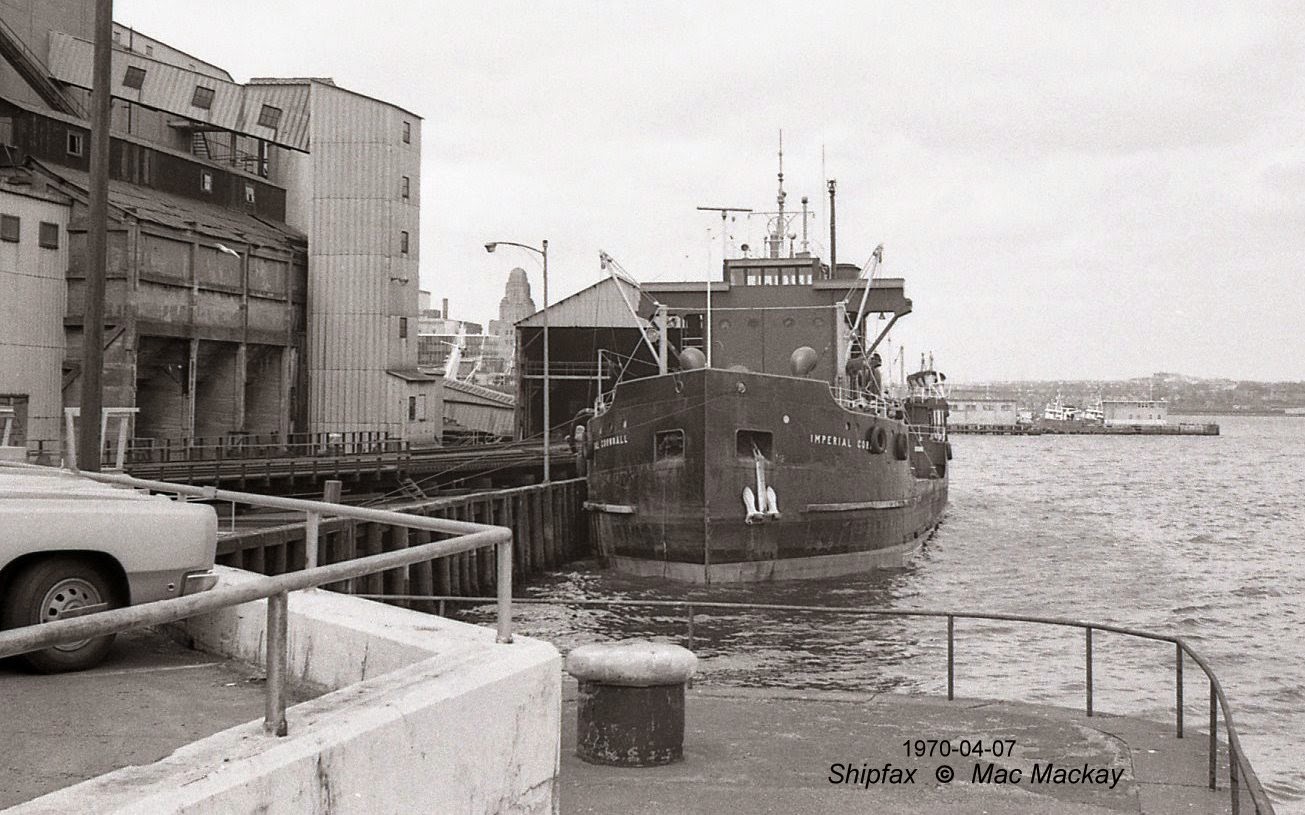 The large bollard at the north end of Pier 20 is substantial enough for large passenger ships.
Before the Tall Ships Quay, the timber wharf to the north of Pier 20 was the loading dock for Nova Scotia Light+Power and was fitted to take coal from rail cars and bunker C fuel from tankers, such as the Imperial Cornwall, the port bunkering tanker. The power plant has been transforned into the new corporate headquarters for the Power Corp.
Posted by Mac at 9:14 PM