Woodside to Halifax took on new a new meaning on Saturday, when the old Woodside ferry pontoon was removed and replaced with the new one. Dominion Diving's Halmar assisted by Waterworks Construction's Waterworks I towed the old pontoon across the harbor and tied it up at the Svitzer Canada dock. It will be cut up for scrap. 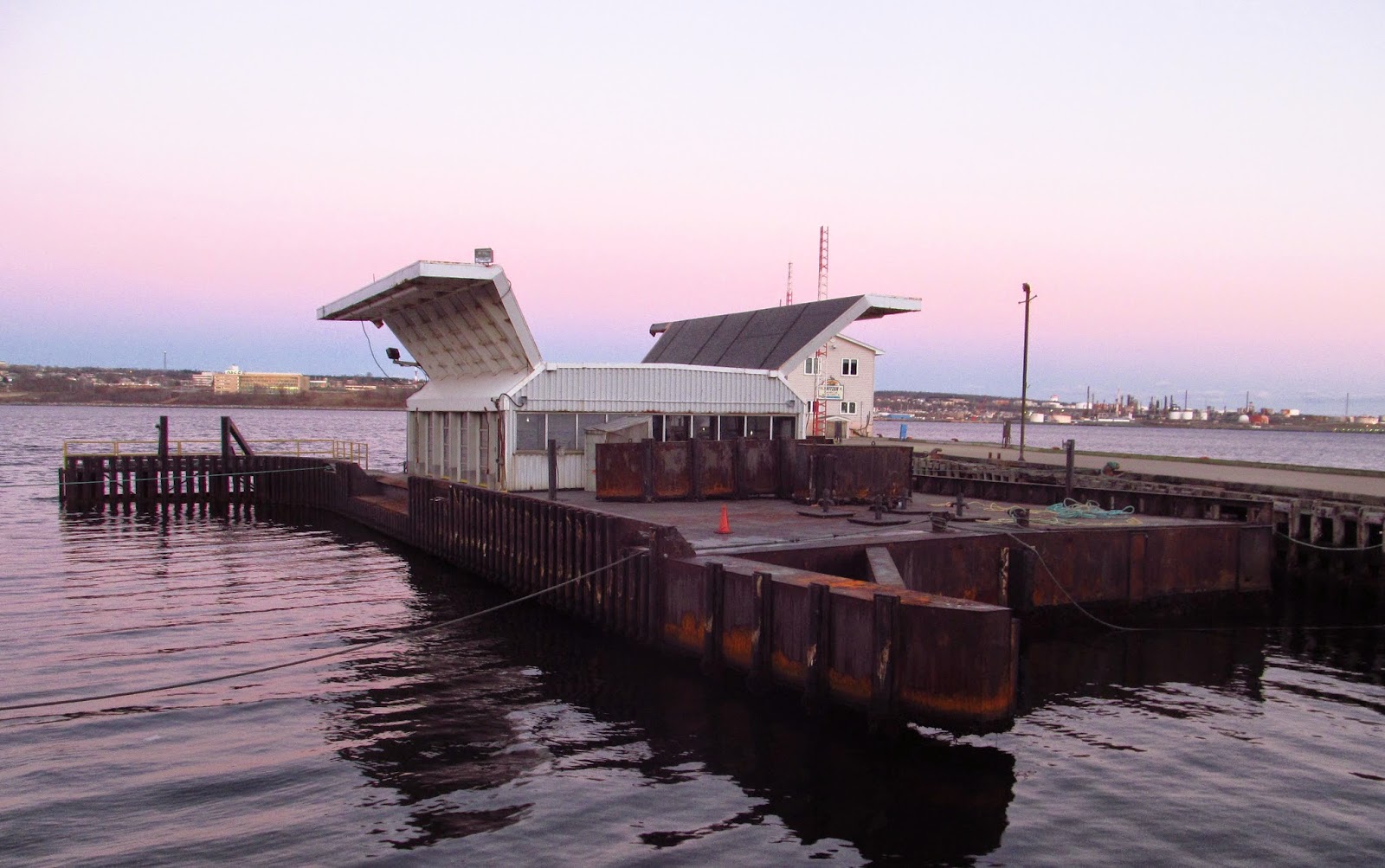 The new pontoon was connected and was in service for Monday morning.
As previously reported, the distinctive gull wing overhanging roofs have been removed from the other ferry pontoons in Halifax and Dartmouth, and the new Woodside pontoon has been built without them.

The ferry Woodside I also returned to Halifax Saturday night after a refit in Lunenburg, and so the ferry fleet is back up to strength. The Christopher Stannix was in service this morning, so whatever its problems were on Friday they are apparently resolved.