After a week at anchor in Bedford Basin the tanker Cenito was finally able to move to Imperial Oil this afternoon. See also http://shipfax.blogspot.ca/2014/12/tankers-and-names.html 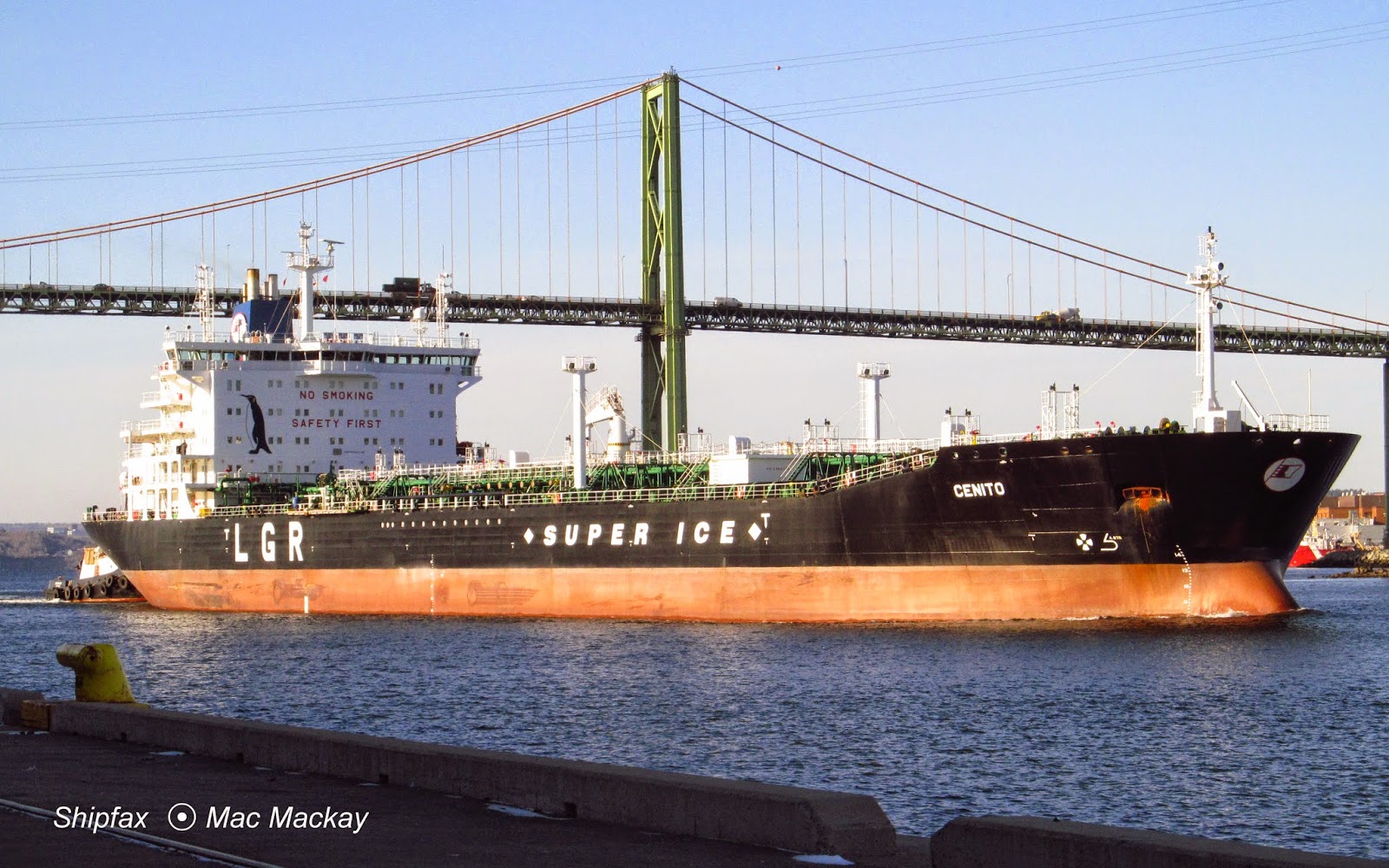 Cenito makes its way in the Narrows with the tethered escort tug Atlantic Fir tucked in under its stern. The full width bridge will provide a comfortable space for the pilot in today's sub-freezing temperatures. The A. Murray MacKay bridge is in the background. 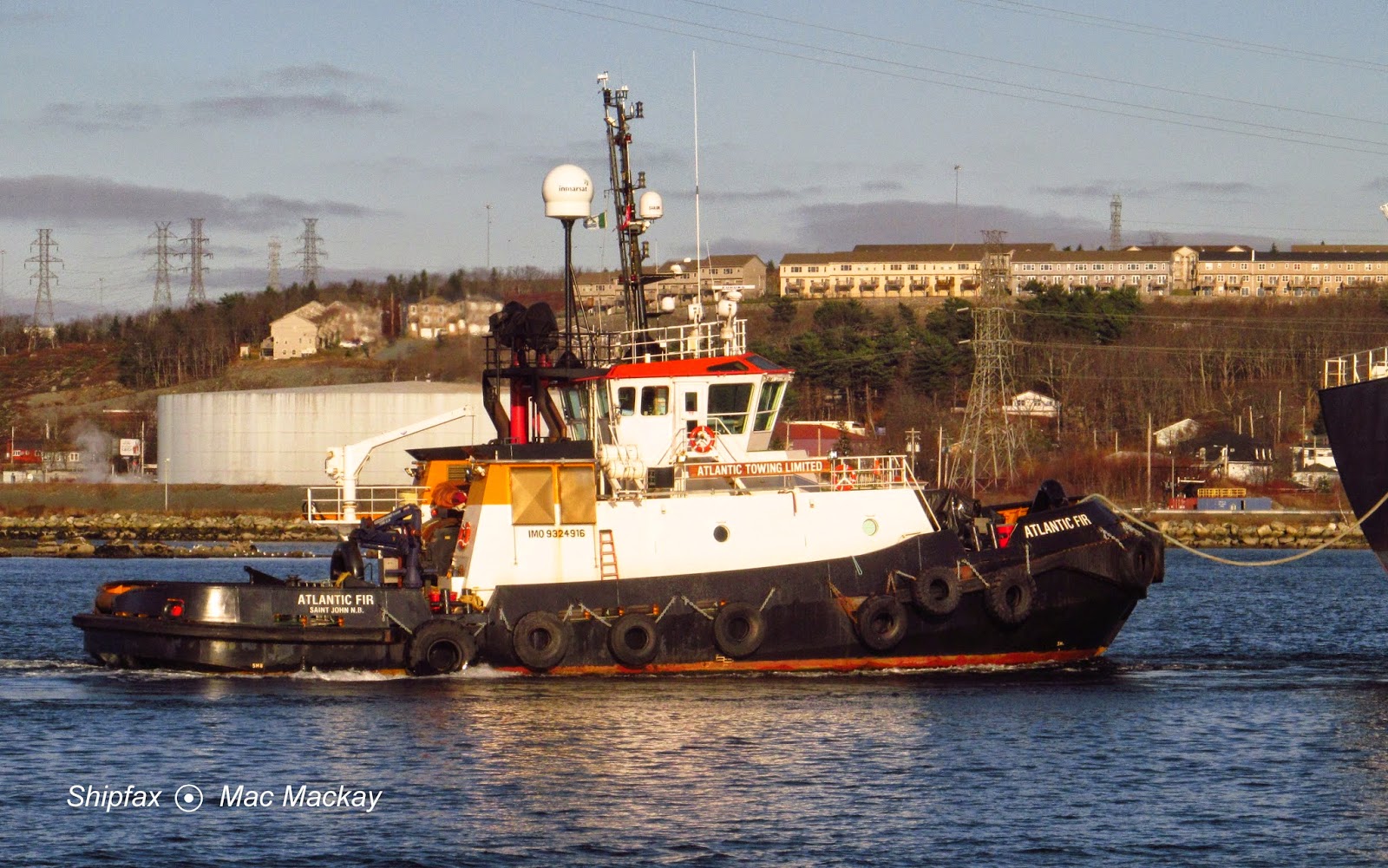 Atlantic Fir is filling in for Atlantic Oak as the designated escort tug in Halifax. Atlantic Oak is at Shelburne Marine Shipyard for its 5 year survey.


Meanwhile at Imperial Oil another Italian tanker, Mare di Venezia completed unloading and was ready to sail. As soon as it cleared the berth, Cenito came right in to take its place. 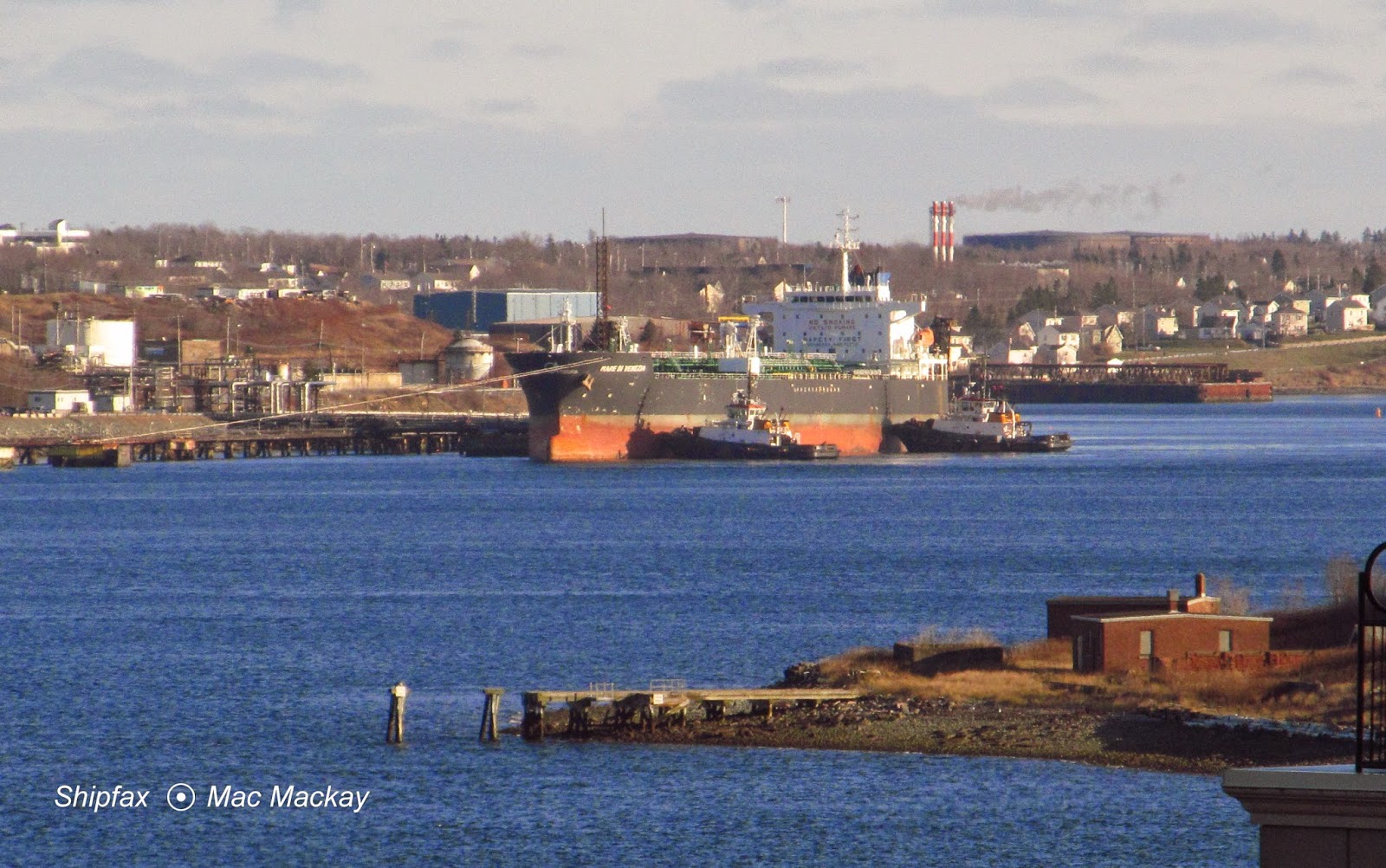 The tugs Atlantic Larch and Atlantic Willow are alongside Mare di Venizia at Imperial Oil dock 4 ready to pull the ship clear. The George's Island landing stage is in the foreground. Note the extra long headlines extending to the dock 5 dolphin.
Mare di Venezia arrived December 4, and also spent some time at anchor in Bedford Basin until going alongside December 5. Built in 2008 in Tongyoung, South Korea, it measures 29,683 grt and 51,371 dwt and is owned by Gesarma of Ravenna, Italy. Its open bridge wings would certainly present some challenges in this weather.
.﻿
Posted by Mac at 3:07 PM