The general cargo ship BBC Edge arrived at Pier 9B this afternoon. This is a return engagement for the ship, which was here before in September 2020. 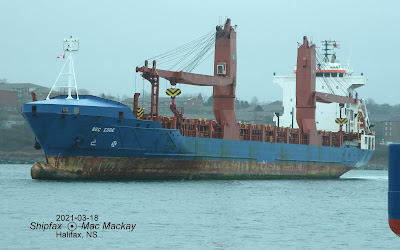 The ship is in port this time to load racks to carry subsea fibreoptic cable. The components of the racks have been pre-fabricated locally and will be assembled in the ship's hold. Many ships have had these racks installed here and then sailed  to Portsmouth / Newington, NH to load the cable directly from the manufacturer. 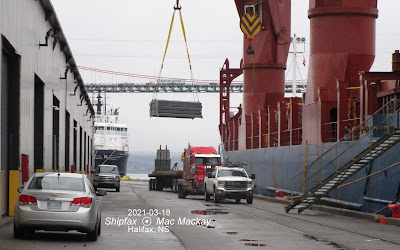 Due to limitations on the safe bending radius of the cable, it must be carefully fed into cylindrical "baskets" (sometimes called tanks) in the ships' holds, hence the curved shape of the components shown in the photo.