There are several Nova Scotia marine icons (see also today's Tugfax) but the best known is probably the schooner Bluenose. The original schooner was built to win the international schooner races against the pride of the United States fishing fleet. It also had to be a working fishing vessel in order to earn its keep, and Bluenose was a success at both. The schooner represented on the back of the Canadian dime is widely believed to be the Bluenose (there have been some doubters) because it so captured the imagination of the public in its racing years. 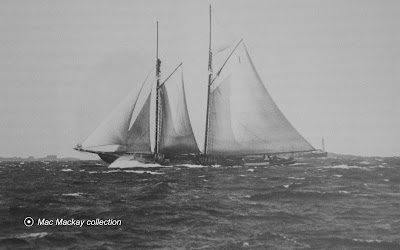 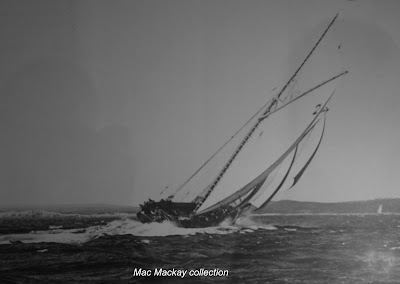 Or is this the Bluenose wearing number 2 on it sail?

One hundred years ago today Smith and Rhuland shipyard in Lunenburg launched the schooner to great fanfare. Despite objections from temperance advocates (it was during prohibition) the hull was christened with champagne. That must have been an omen, for good luck stayed with the  schooner during its various careers up until almost its end as a motorized trading schooner in the Caribbean, wrecked in Haiti in 1946. 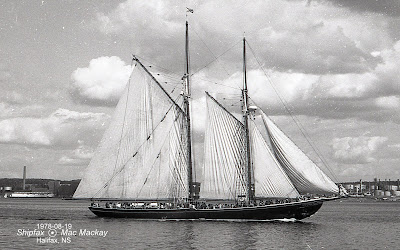 Bluenose II in 1978 when it was illegal to take pictures of it.

A replica, Bluenose II, was built in 1963. It has become nearly as iconic and was dismantled and rebuilt in 2013 to continue the work as Nova Scotia's floating ambassador. 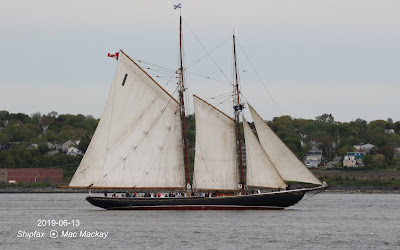