Aging ships, endless repair and refit requirements, downtime and slow delivery of replacements is the name of the game for the Canadian Coast Guard. That they are still able to carry on their mandated duties is remarkable in view of the equipment they have to work with.

The latest bad news emanating from the CCG is that one of their inshore patrol boats has been unserviceable since June 2020 due to main engine failure. According to press reports contaminated lube oil damaged both MTU main engines on the CCGS G.Peddle S.C. and will now require replacement. 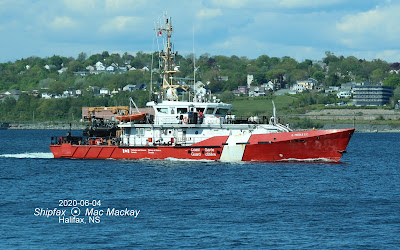 Perhaps leaving on its last patrol, June 6, 2020, CCGS G.Peddle S.C. has been sidelined.

It will be no easy task to replace the engines because, as with most ships, there is no way to remove an engine intact. Soft patches (essentially access panels) permit replacement of parts only, so in this case the engines must be dismantled and removed piece by piece. The process must be reversed to build the new engines in place.

The G.Peddle S.C. was number five in the series of Hero class patrol boats  built by Halifax Shipyard and was launched June 15, 2013. Because of the age of the ship the engines are well beyond warranty     now, and will have to be replaced at the Coast Guard's cost.

This is the second Hero class boat to be laid up in Halifax. CCGS Corporal McLaren M.M.V. has been out of service since it fell off the cradle at CME shipyard in Sambro Head, November 17, 2018 and was partially submerged.  The incident was deemed a deliberate act when someone intentionally cut the cables securing the marine railway cradle. There is an estimate of $11 mn to rebuild the ship. 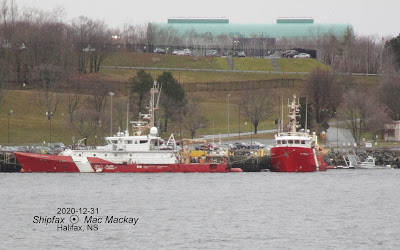 There is still one active patrol vessel  built in Halifax. CCGS Corporal Teather C.V. is also based at the Bedford Institute. 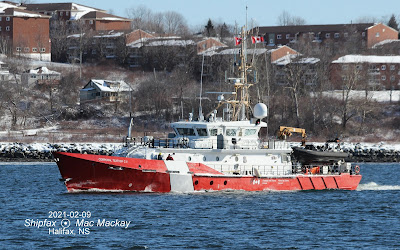 The Hero class boats are powered with two high speed MTU 4000M engines, developing close to 5,000 kW, giving a maximum speed of 29 knots. Cruising speed would normally be 14 knots. MTU was founded in Germany, and is now part of Rolls Royce  Power Systems. Their engines are widely used in high speed craft.