The Transportation Safety Board of Canada report into the sinking of the workboat Captain Jim has now been released. It is very detailed as expected, and describes the circumstances of the vessel's loss and the drowning death of one of its crew members on January 29, 2019 in a position 2.8 nautical miles from Eastern Passage, NS. It also draws specific conclusions about the causes and presents recommendations for prevention of future occurences. 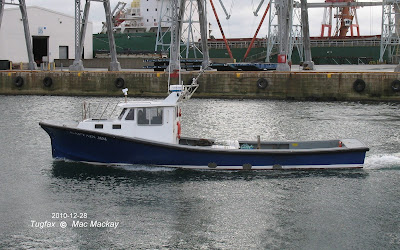 Note the stoppers in the freeing ports in this photo.

I will not attempt to summarize all the information in the report, which can be found at:

Built in 1989 the boat was put to work in Halifax harbour in 2004 and performed a number of functions as a tug/workboat, dive tender, and for personnel transfers.

The TSB report focuses on the very low freeboard, with clearing ports so close to the water line, and the deck openings which were weather tight, but not water tight. 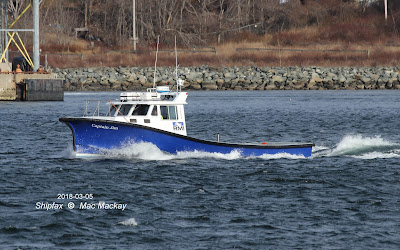 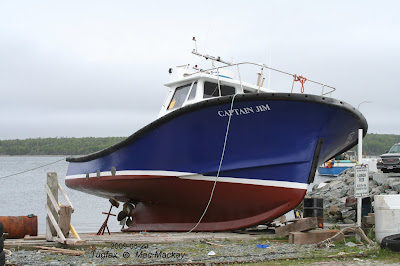 The stoppers are more visible in this photo taken while the boat was in refit in Eastern Passage in 2009.