No Pilot - No Problem?

It appears that the offshore tug/supplier Horizon Arctic sailed from Halifax last night,September 8 -9, without a pilot, when one was required by law. I understand that a pilot was ordered on short notice, but the ship sailed while the pilot was actually on the dock, but had not boarded yet. 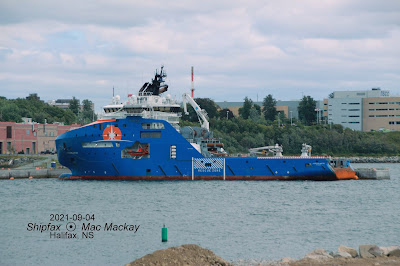 Horizon Arctic at the C.O.V.E. dock in Dartmouth.

With exceptions for some smaller vessels, ships arriving and sailing from Halifax require the services of a licensed pilot or a pilotage certificate holder. In some cases the master of a ship has qualified for a pilotage certificate, but these are usually only issued for ships that are in and out of port on a regular basis. As of today there may only be one or two such persons. Licensed pilots are master mariners who through examination, experience and an apprentice program, acquire specialized local knowledge as well as ship handling skills and other specialized knowledge.

Halifax is a compulsory pilotage area and the Atlantic Pilotage Authority (APA) provides and manages the provision of a number of licensed pilots for the port. Failure to use a pilot in a compulsory pilotage area can result in serious consequences for the master and owner of the ship under the Pilotage Act and the Canada Shipping Act. Wide powers are granted to enforce the Pilotage Act. Waivers are granted under special circumstances for ships to sail without pilots, but these are highly circumscribed. One such circumstance would be if the ship is engaged in rescue operations.

I understand that Horizon Arctic was called out to respond to a ship in trouble in the St.Lawrence, Newfoundland area of the Burin Peninsula. With Hurricane Larry bearing down on Newfoundland this weekend there was certainly some urgency in the situation, but it could hardly be called a rescue operation. SAR resources are located much closer to the scene.

Pilots are dispatched through a central office in Halifax for all of Atlantic Canada. There is a requirement to reserve the services of a pilot several hours in advance of departure. This allows adequate time for a pilot to report for duty and the pilot boat to go out to meet an arriving ship. It also ensures that pilots have adequate rest times between assignments and that there are sufficient pilots on duty to handle the traffic. However some pilots are available on short notice, and apparently there was an available pilot in this case who lived nearby, and was dispatched to the ship. 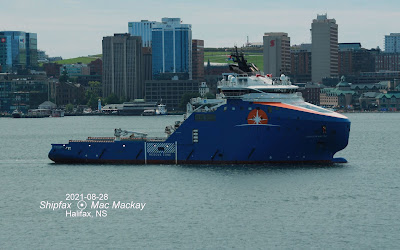 It will be interesting to see how this matter is resolved as pilots are charged with the safe navigation in the harbour, and are relied upon by other port users and the public.

Horizon Arctic is a 8143 gt vessel, built in 2016 as Bourbon Arctic and acquired by Horizon Maritime in 2019 and registered in St.John's early in 2020. It recently arrived in Halifax after hosting the OceanGate Expedition to the Titanic using a crewed submersible.