It was a big day for the Royal Canadian Navy as hosts for Operation Cutlass Fury 2021. There were three visiting warships in port and eight Canadian ships participated in a sail past and several aircraft carried out a flypast. Unfortunately there was some glitch in the proceedings and a lengthy delay in the start and a lagging ship at the finish, so I was not in the best position when it finally got going.

First to leave port was USS Thomas Hudner which did not participate in the sail past. I barely caught site of it as it headed outbound, passing the inbound container ship MOL Experience (see more below). 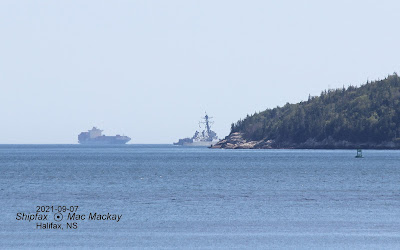 With all the Canadian ships and the French ship Aquitaine in Bedford Basin, HMCS Windsor also headed for the Basin before returning to a position on the ferry track to take the salute. 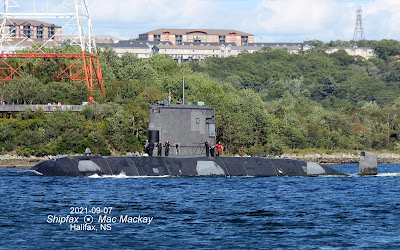 No points for appearance, but Windsor appears to be fully clothed with its acoustic jacket patched in place.

The Canadian ships eventually headed for sea in line ahead, HMCS Toronto in the lead: 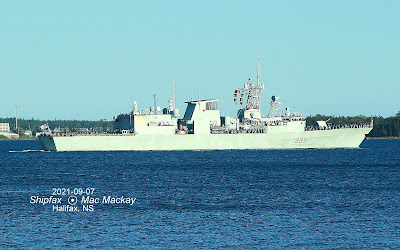 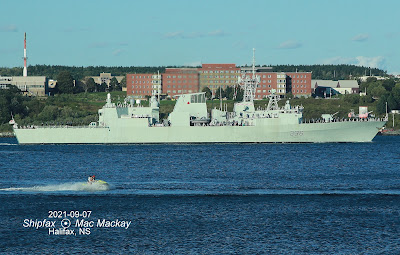 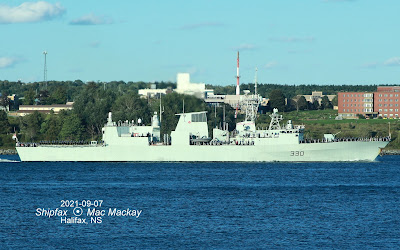 The line then continued with the three MCDVs, HMCS Kingston: 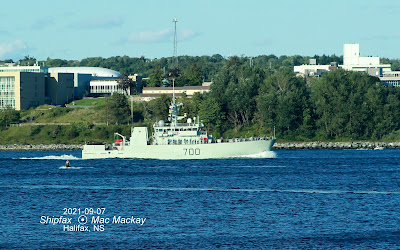 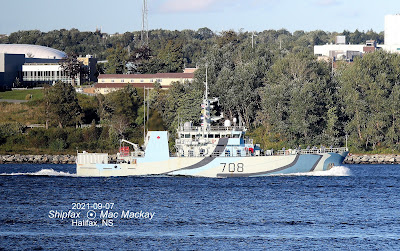 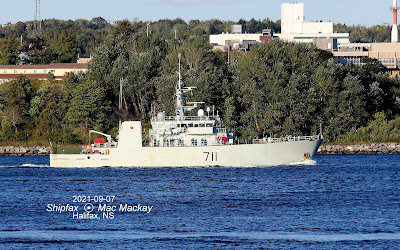 Certainly a rare scene of six Canadian ships in line:

USS Forrest Sherman sailed directly from HMC Dockyad and did not participate in the sail past.
Astrerix was also in the sail past but was well behind the rest of the Canadian ships: 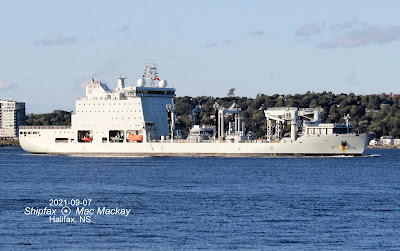 FS Aquitaine , anchored in Bedford Basin, took its pilot pretty much on time at 1530, but didn't seem to be in the same time zone and didn't sail until about 1900 as far as I can figure: 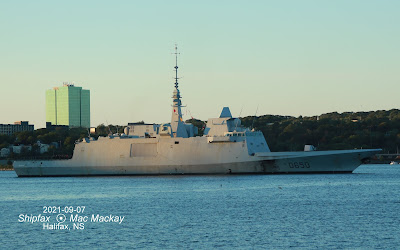 All this activity didn't effect what little commercial traffic there was in the harbour. The container ship MOL Experience, mentioned above, managed to slide in to Bedford Basin before the naval vessels began to leave. 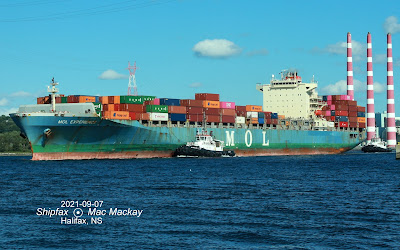 Built by Hyundai, Ulsan in 2007 it is 54,098 gt, 62,953 dwt ship with a capacity of 4803 TEU including 330 reefers. From 2008 to 2010 it was named APL Experience. It is now on THE Alliance's AL5 service for ONE.
Due to the extensive leaf cover of Shipfax headquarters, I missed the flyover, but did catch an errant helo earlier in the proceedings: 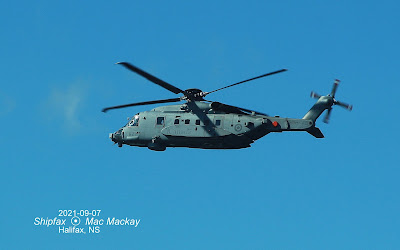 It flew out over Bedford Basin, then circled back inland and I did not see it land on any of the RCN ships.
.