Among the arrivals and departures today (March 19) were the following:

1. The research ship Atlantis from the Woods Hole Oceanographic Institute on Cape Cod. Woods Hole is to the United States as the Bedford Institute is to Canada - the country's primary east coast oceanographic research establishment. With so many of Canada's research ships out of service for various reasons, I assume the Atlantis has been engaged to carry out some work for Canada. 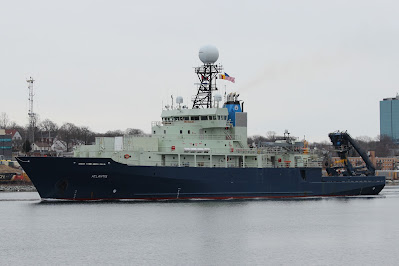 The sleek looking ship was built in 1997 by Halter Marine in Moss Point and is a 3,180 gt vessel fitted out to carry 22 crew and between 22 and 34 scientists and technicians depending on the mission. The ship is perhaps best known as the base for "Alvin"  DSV-2, the  HOV (Human Occupied Vehicle) used for deep ocean research. A gantry on the ship's stern is used to deploy the HOV. With a crew of three the submersible has made numerous notable dives, including exploration of the Titanic.

Atlantis is actually a United States Navy vessel, with pennant AGOR-25, but is on bareboat charter to Woods Hole. 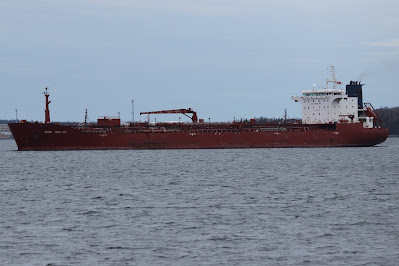 Ships of the Danish Torm fleet are usually easy to identify by their black hulls and burnt orange colured superstructures, but this one is clearly an exception. Built in 2008 by Brodotrogir in Trogir, Croatia it is a 26,809 gt, 45,916 dwt chemical/product tanker.

Originally named Siteam Voyager it  was renamed Team Voyager in 2018. It was only acquired and renamed by Torm AS in June of 2021. The ship is not due for a docking until next year, so Torm will likely wait to repaint the ship. It may then look more like this:

File photo of a typical Torm tanker - the Torm Camilla in Halifax in 2019.

3. HMCS Halifax sailed this afternoon for the Baltic region in support of NATO. It was originally planned that the ship would be going to the Mediterranean, but since the Russian invasion of Ukraine the destination has been changed. 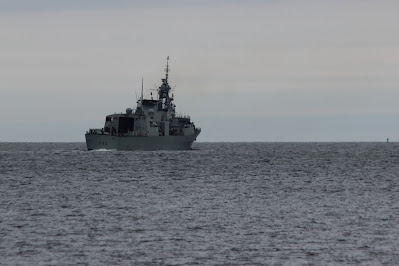 The ship has been working up offshore for this deployment for the last several weeks. [ See my post of March 8 ]. Its usual berth at HMC Dockyard makes it one of the most visible of RCN ships. 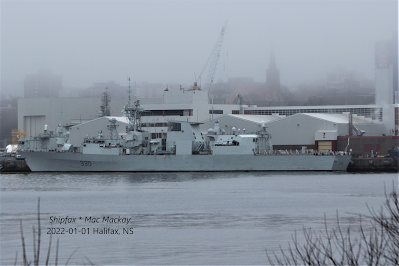