As Hyundai Faith was finishing up cargo work this morning March 15 at Fairview Cove the NYK Demeter was inbound from sea to to take its place. 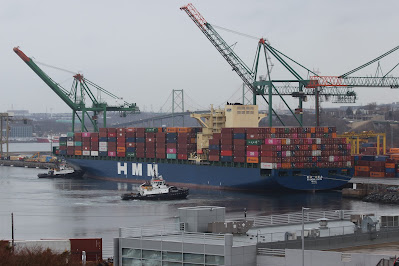 Tugs are preparing to make up to the 8566 TEU Hyundai Faith at Fairivew Cove. 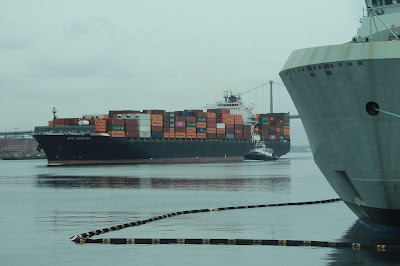 NYK Demeter passes Halifax Shipyard where the third RCN Arctic Offshore Patrol Vessel is fitting out. To be named Max Bernays, it was launched in October 2021.