The container ship Hyundai Force arrived today, March 28, with some sort of technical problem and tied up at Pier 9C. 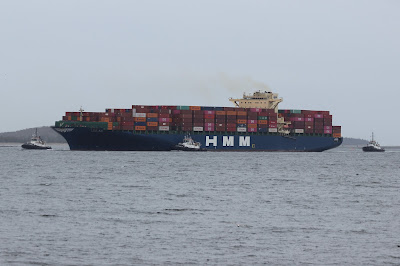 Although the ship is on THE Alliance's EC5 service (Asia-east coast North America) it was not scheduled to stop in Halifax on this westbound leg en route from Colombo to Savannah. Instead it was redirected here and was met by four tugs - one on a bow line, one on each side and one astern. There were also two pilots assigned to the arrival. 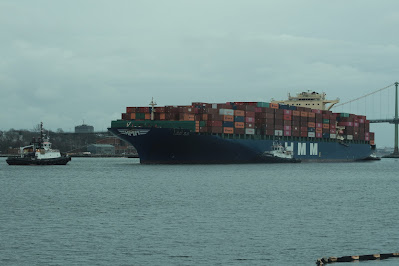 On March 21, when just south of the Azores, the ship reported to be "Not Under Command" -  meaning that its  engine was not working, and the ship was drifting. No cause was given for that condition (it could be due to fire, software glitch, main engine breakdown or even crew mutiny or illness.) When it got underway again after about 12 hours, it was making just over 10 knots, instead of the usual 15 or more.

The ship berthed at Pier 9C where there are no facilities to load or unload containers, so it is likely that it came alongside for repairs that require its main engine to be shut down, and/or that need shore support. 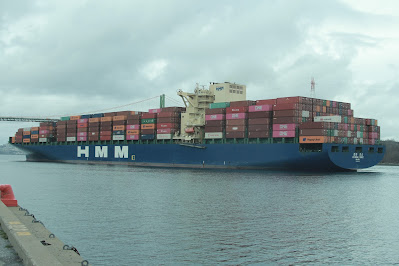