Khalilah - a visitor from Wisconsin

Sturgeon Bay, WI is not famous for its caviar, but for Palmer-Johnson, a shipyard devoted to building high end luxury yachts. Their latest product glided into Halifax at noon time today after a sometimes speedy trip from the shipyard en route to Florida. 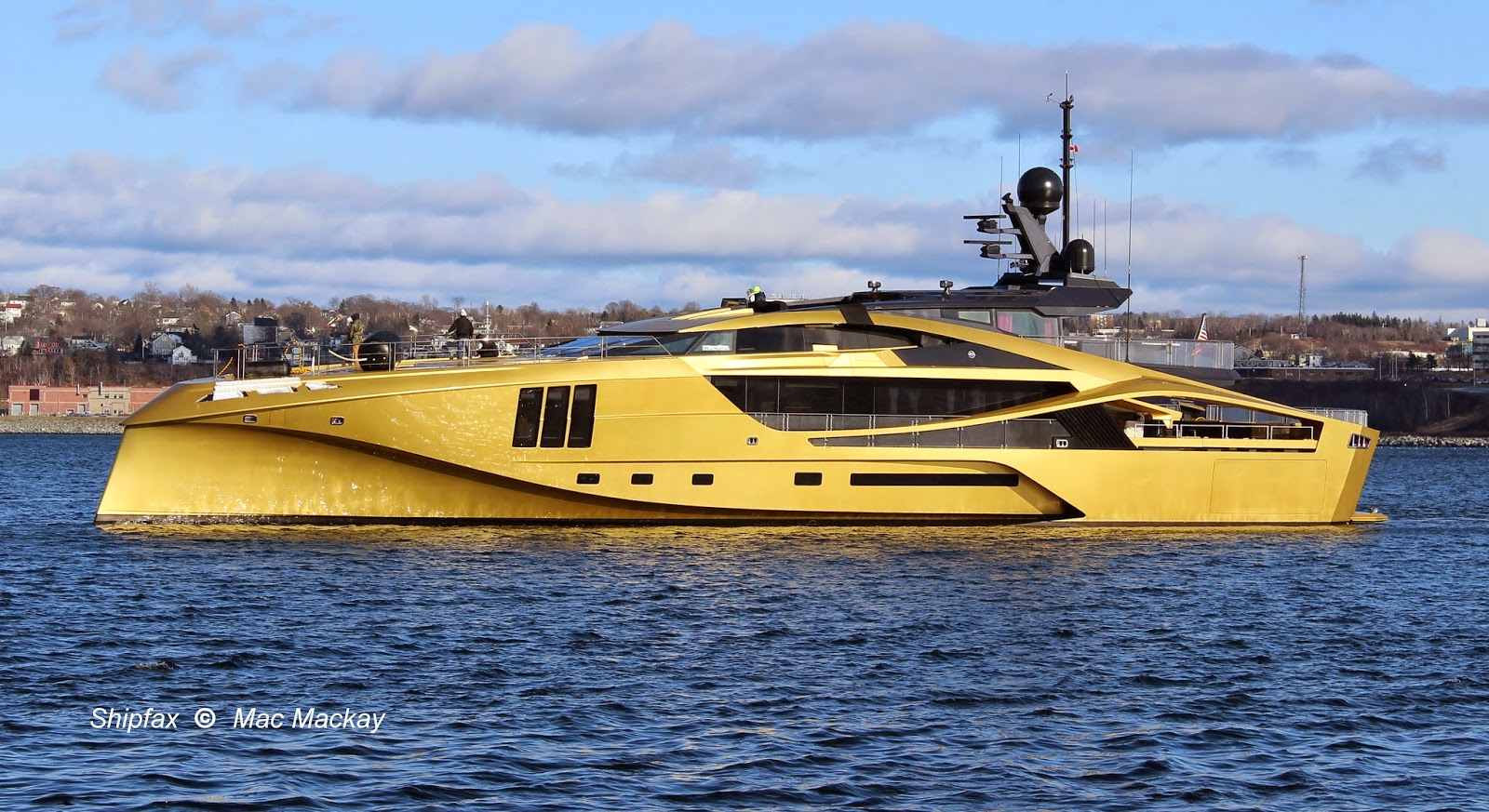 The ship's hull was built of carbon fiber by Brodrene Aa of Hyen, Norway, and delivered to Sturgeon Bay in 2013 by the Canadian cargo ship Qamutik. (That ship works for its previous owners, Spleithoff's, in the winter season, and the Dutch company  transports yachts in addition to its other special cargo capabilities.)
The hull was fitted out in Sturgeon Bay, conducted trials this fall, and set out on November 16 for its destination in Florida. ON the way it encountered the horrific snow storm that struck Buffalo, NY and held over in Port Weller on the Welland Canal until November 21.  It also stopped in Montreal for a few days.
Yesterday AIS recorded it downbound off Rimouski, QC in the morning. When in AIS range it averaged better than 22 knots, and passed through the Canso Lock at about 0330 this morning, arriving off the Maritime Museum dock about 12:30. (Reports indicate that its top speed is about 32 knots). 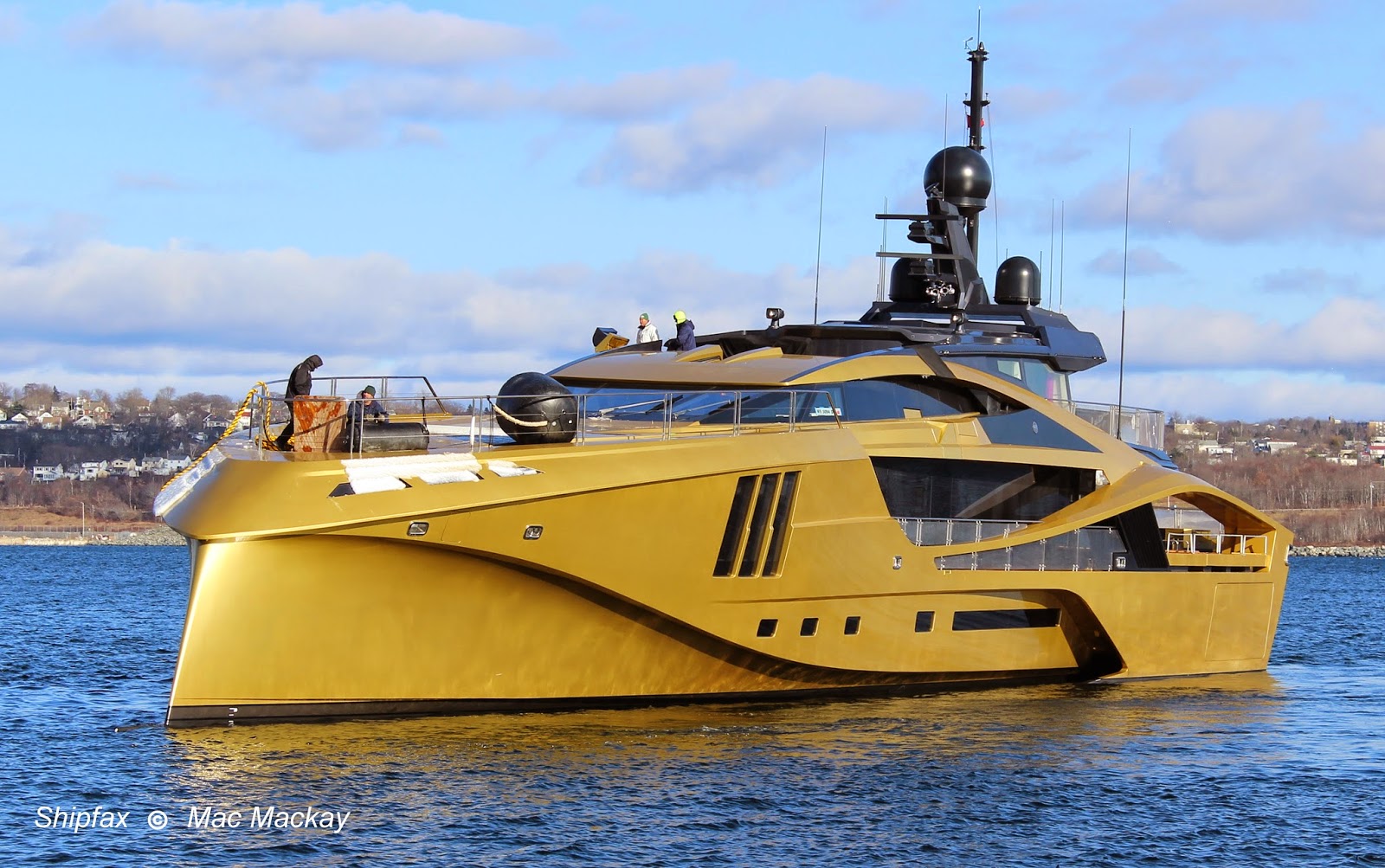 The 58m yacht is operating under a temporary US registry, using its shipyard hull number as a name: PJ265. On delivery to its owners, it will carry its intended name Khalilah.[translation: Friend, also a female given name]. 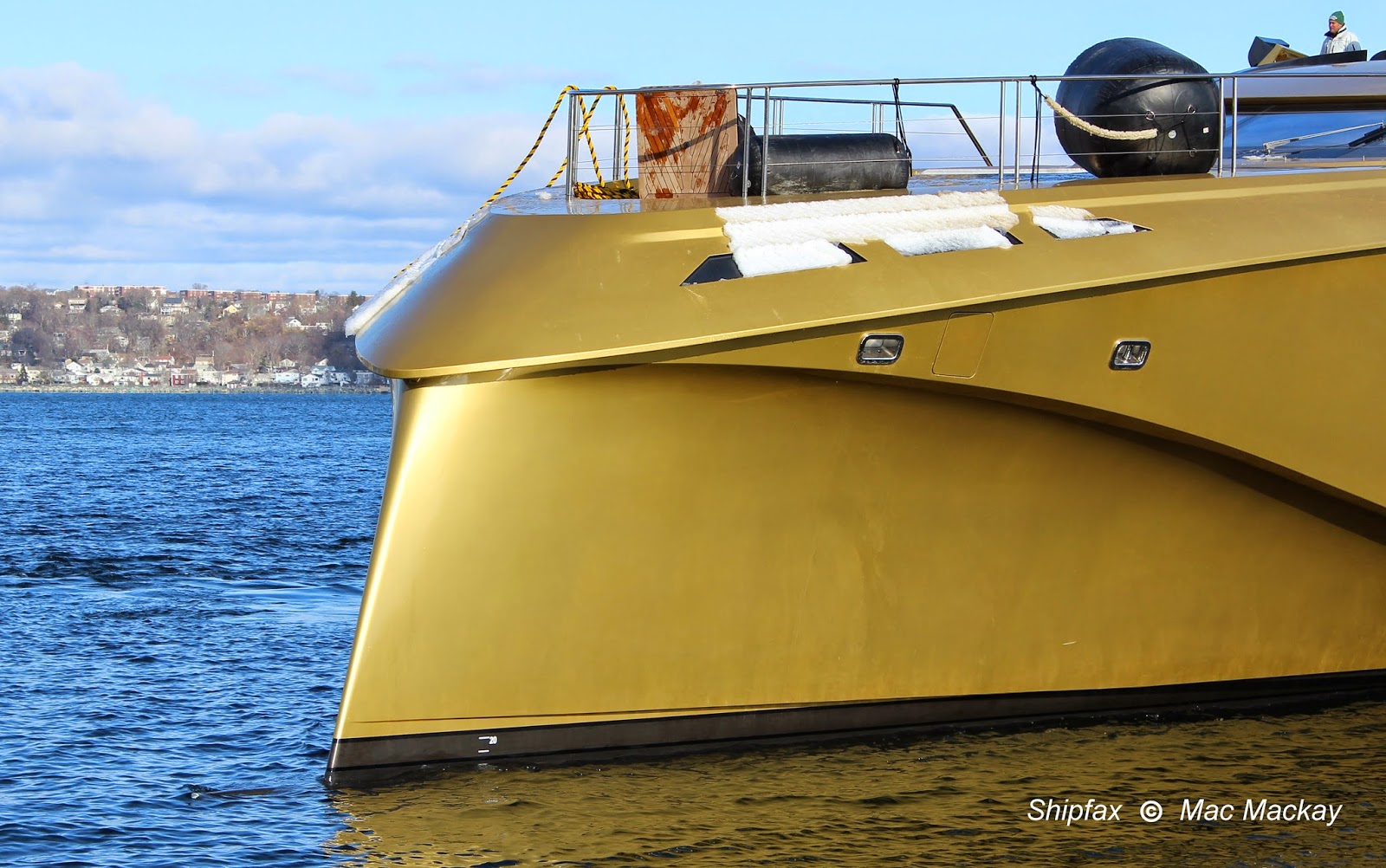 A bulbous bow, barely visible at the water surface, projects well beyond the reverse rake stem. A little frozen spray has accumulated at the bow on some windows.

For more on Palmer Johnson and the 48M Super Sport see: http://www.palmerjohnson.com/#!Palmer-Johnson-48-SuperSport-in-Boat-International/c134r/1 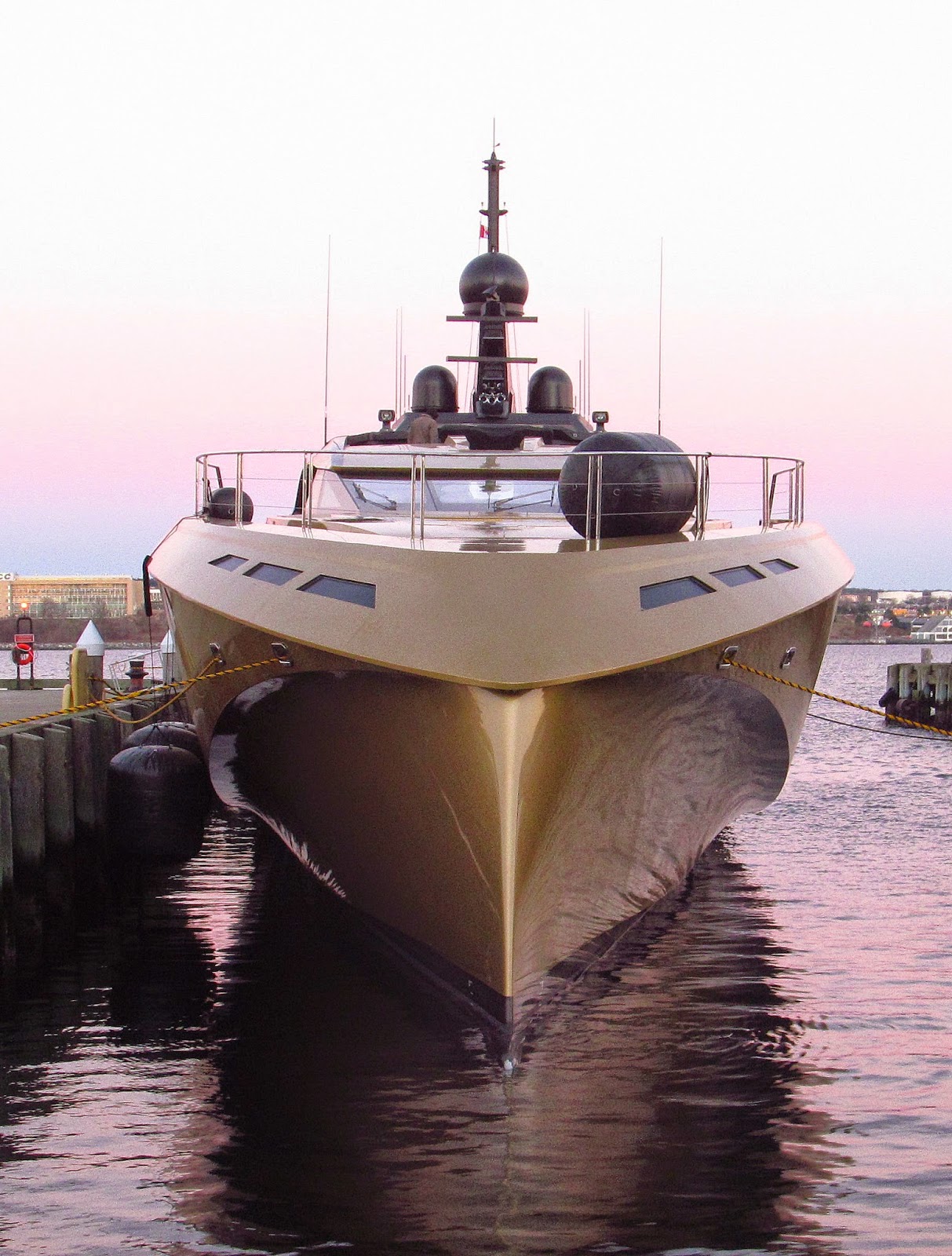