After a period of delays due to weather, activity picked up in the harbour this afternoon.
Irving Oil's Acadian sailed for Saint John after delivering is cargo of refined product. 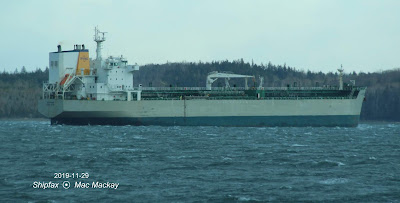 Its place at the Irving Oil terminal in Woodside was taken by the supplier Burin Sea. 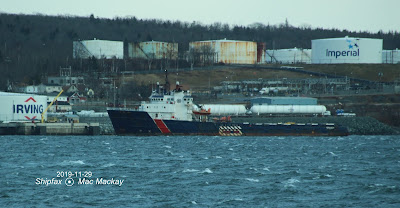 It is taking on fuel for its next assignment - which it seems will also be its last. It is due to sail for Turkey towing fleet mate Trinity Sea where both boats will be broken up for scrap. They are due to sail Sunday - see Tugfax for an update.

It was still quite breezy in the harbour, (the camera flattens waves) but there were lots of white caps and even the gulls were "sitting it out".

Things were about the same in Bedford Basin where HMCS Toronto took up position on Jonquiere Bank anchorage. 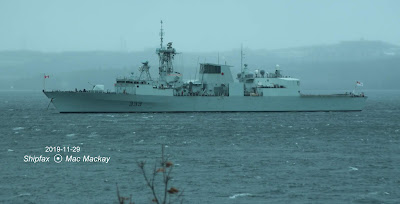