It was typical Saturday business in Halifax, despite a light dusting of snow over night. 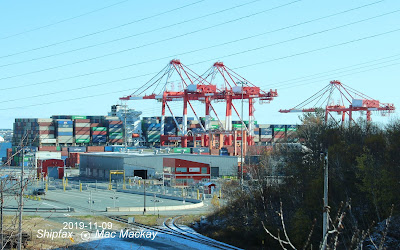 Maersk Patras tied up at pier 42. It is a regular on the five ship rotation usuallly calling on Saturday  from Montreal. 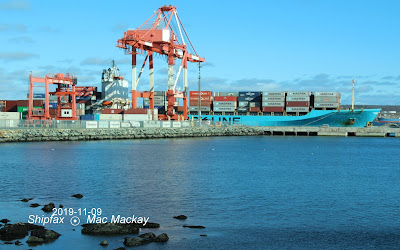 It was a different ship for Nirint's service from Cuba at pier 31. Hooge flies the Gibraltar flag while sailing in the Briese fleet. 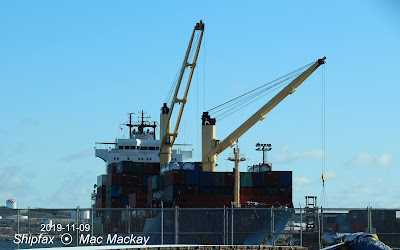 Dating from 2006 when it was built by Shandong Weihai, the 15633 gt, 16,986 dwt ship has a capacity of 1306 TEU (870 if loaded to 14 tonnes) and has a pair of 45 tonne cranes. Both cranes were working today to unload bagged nickel cargo. (I would not have taken a picture through so many fences if it had not been a first time caller.)

The PCTC Morning Crystal managed to squeeze in at the adjacent pier 27 to unload RoRo cargo. 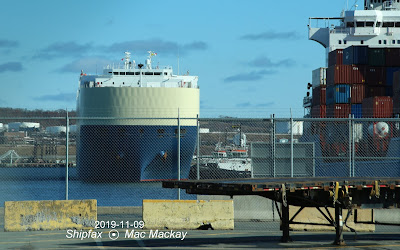