The Force is no longer with us

After months of idleness in Bedford Basin, the container / roro Ocean Force sailed Saturday evening for the port of Izmail, Ukraine. The ship had moved this morning to Pier 9C where I assume it took on water and stores for the trip. 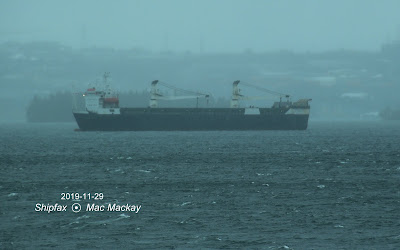 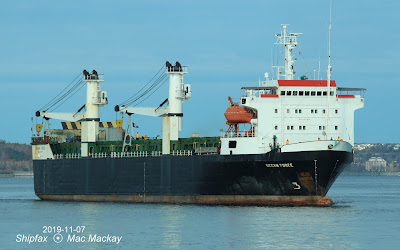 The ship also made a visit to Pier 9C earlier in the month, but has otherwise been anchored in Bedford Basin since  completing its work for TSMI on the Halifax to St-Pierre et Miquelon service in September. 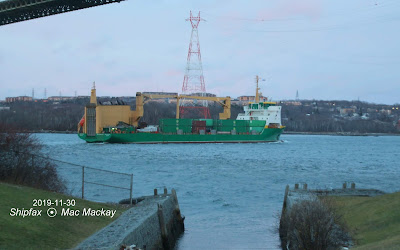 Nolhan Ava returned to the SPM service, but Ocean Force was apparently kept in standby as a backup if needed. That need has now passed and the ship is free to return to its home base.