The Port of Halifax's South End Container Terminal, known since 1969 as Halterm, has been rebranded by its new operators as PSA Halifax. Those owners, part of the Port of Singapore Authority have adopted the name to align with their own image building exercise as a major world terminal operator. It certainly lacks the originality and catchiness of "Halterm" but I guess all things shall pass. 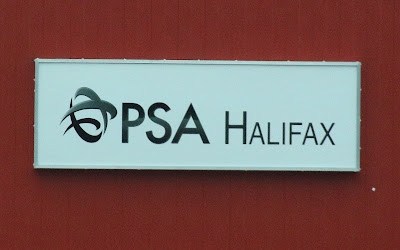 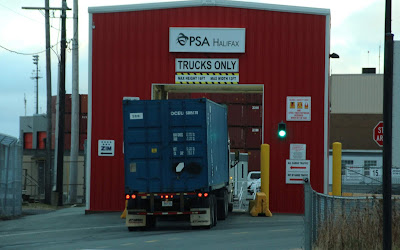 The old Halterm "H" may still be found in a couple of spots: 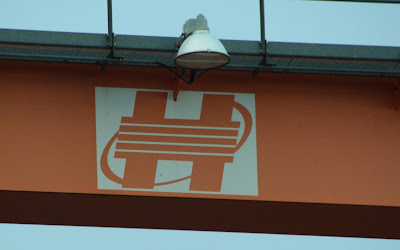 Such as this RTG which may be the next one for the scrap pile. (See previous post) 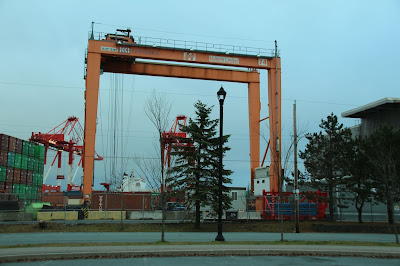 The oldest of the ships cranes is the only one left with the Halterm logos (maybe it is bound for the scrapper too?) 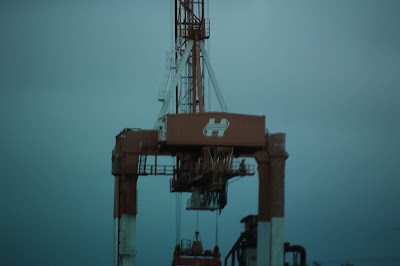 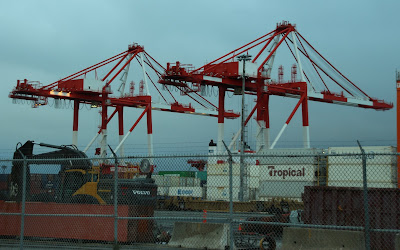 The PSA logo has yet to go on the big cranes  but it hasn't exactly been painting weather.