I was surprised to see a familiar ship in the outer anchorages today. The Oranjeborg has never called in Halifax before as far as I can remember, but it is a regular caller in Pointe-au-Pic, QC, the port nearest my summer roost in Quebec. 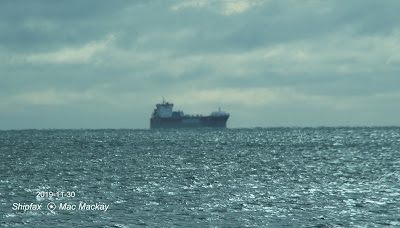 At maximum (200 mm) telephoto my camera unfortunately focused on the water, not the ship! All is not lost however since I have many photos of the ship taken in Quebec. 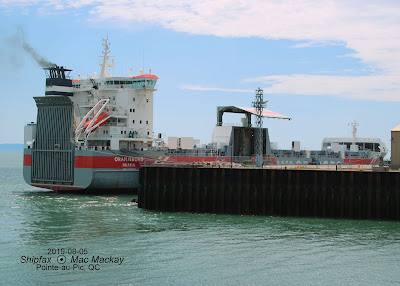 As previously published in August, the ship loads newsprint rolls through side door and elevator.
http://shipfax.blogspot.com/2019/08/summer-report-pointe-au-pic.html 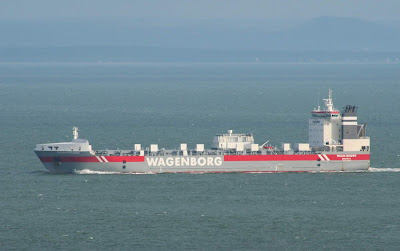 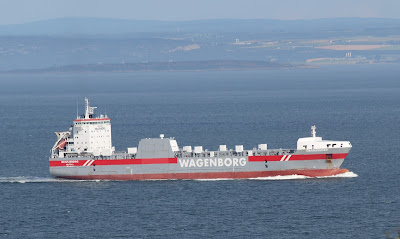 ...and August 1, 2016. Note it is quite assymetrical, with its offset funnel, stern ramp and starboard side elevator anbd side door.
The ship sailed from Halifax later in the day, so it may have been here as weather passed over or even to board a pilot for the St.Lawrence.