With the same ships returning to Halifax time after time for years on end, it is easy to become blase and to ignore the repeaters. There may be something to learn however from seeing the same ship in the same setting after different times.

Westbound (that is arriving in North America) the ship is always heavily loaded. Once it has completed its US calls and turns Eastbound it is more lightly loaded and has fewer boxes on deck. The trade imbalance of imports versus exports becomes pretty obvious as does the quandary of how to return empty boxes to Asia when there is no revenue in doing so.

YM Modesty is one of those repeaters, as it shows up regularly for the Alliance, both eastbound and westbound. Its arrival today on the Eastbound leg gives an opportunity for such comparisons. 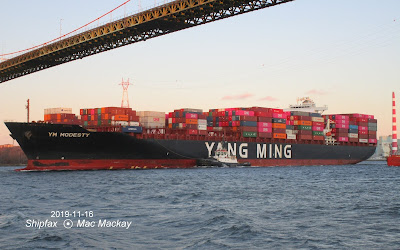 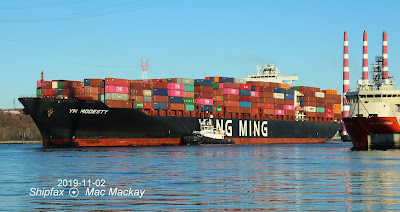 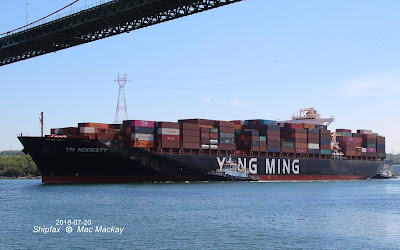 Note also the many new or newly repainted ONE (Ocean Network Express) boxes in 2019, indicating that the merger of the three primary Japanese container lines (K-Line, NYK and MOL) is slowly taking effect. Are they scrapping old boxes - effectively abandoning them in the west, and building new ones in the east? 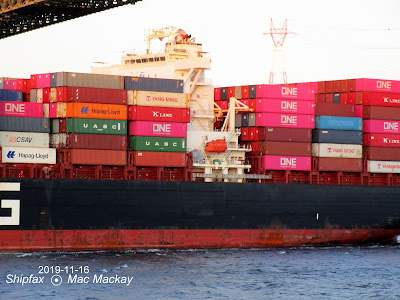