All out at Irving Oil

Irving Oil's Woodside terminal has been the busiest place in Halifax harbour with three ships in three days.

First in was the Dee4 Elm (see July 10 ) It had unloaded part cargo at Saint John, NB before arriving here. 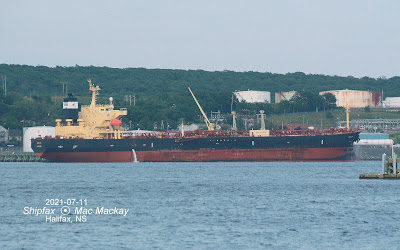 It did not take long to pump off the rest of the cargo, and by early this morning (July 12) the ship was on its way back for Amsterdam.
Meanwhile Irving Oil's domestic fleet tanker Acadian had arrived and anchored until the berth was available. 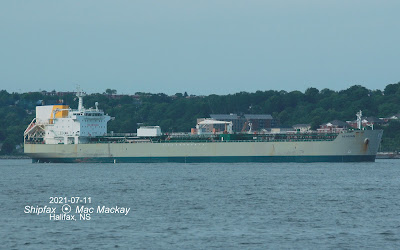 It only took twelve hours to unload its cargo and then it headed for Saint John. Meanwhile the next ship arrived. This time it is from Amsterdam directly, and it is Kibaz. 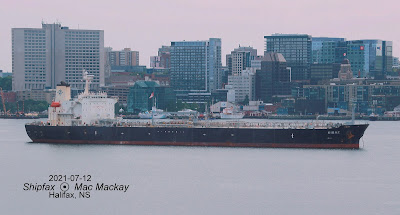 It is not often that these product tankers make repeat trips to Halifax, but this is the third time I have recorded this tanker. The first time was March 28, 2020 and the second was May 4, 2021. I still have no explanation for the name.
.