HMCS Fredericton off to NATO 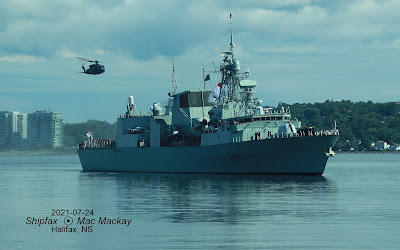 A helo made a few low passes and hovered over the deck as the ship made its way outbound. The waterfront was lined with family and well wishers on a warm summer morning, and were rewarded with a single whistle salute. 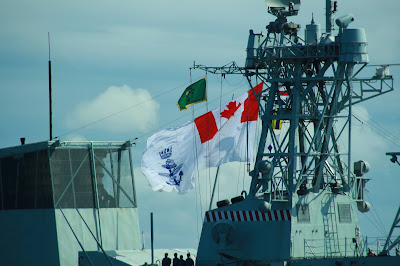 Fredericton hoisted a huge naval ensign in addition to other flags and signals.
About an hour before Fredericton departed the navy's supply vessel Asterix also put out to sea. 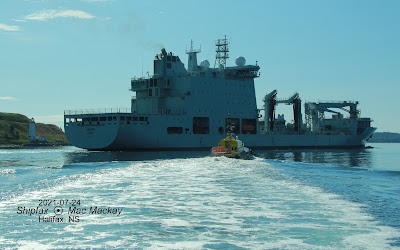 Asterix requires a civilian pilot since it is not a commissioned naval vessel. The duty pilot boat Scotia Pilot accompanied the ship to the pilot station to disembark the pilot.
.