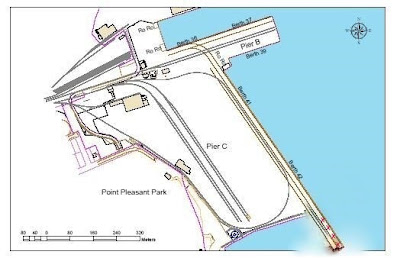 I have not seen an official drawing of the extension of the pier face at Halterm, but based on the 85 meter figure mentioned in news releases, I plotted the distance in the above sketch.
Today however I can see that I may have underestimated a bit.
The dredge Canadian Argosy with the tugs Whitby and Beaver Delta II and scows S.11 and S.12 moved off the south end of pier 42. They positioned themselves for dredging at what I assume will be the southern limit of the work.
As predicted the extension will block the view of the entrance to Eastern Passage. 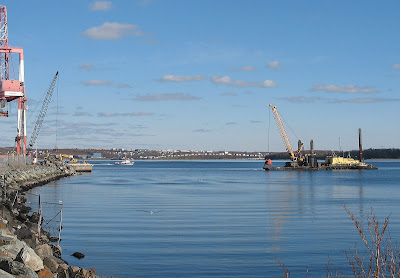 1. Dredge Canadian Argosy off the end of pier C Halterm. Tug Whitby and dump scow S.11 alongside. That is the pilot boat A.P.A.No.1 outbound. 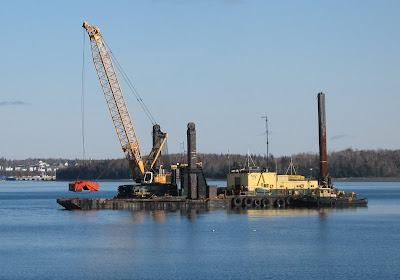 2. Indian Point on Macnab's Island is in a direct line with where the dredge is working. 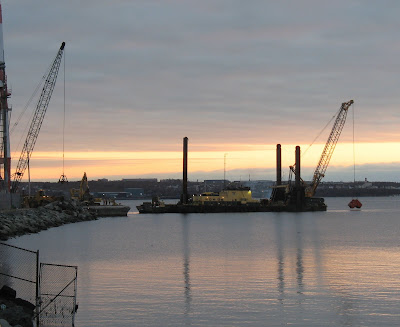 3. At 8 am the dredge was moving off while demolition continues on the end of pier 42.