On the drawing boards 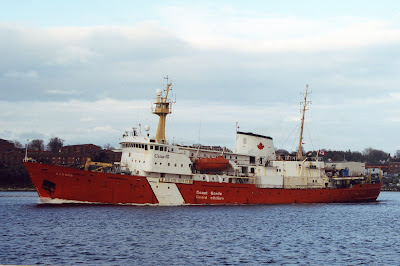 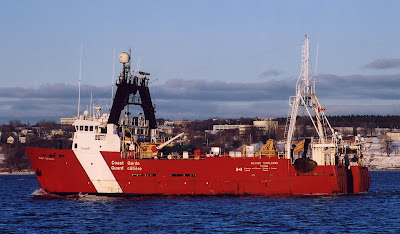 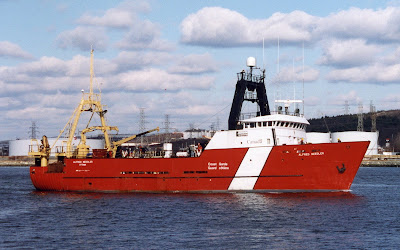 The federal government has awarded design contracts for replacement of four Canadian Coast Guard/ Department of Fisheries and Oceans vessels.
STX Canada Marine will be designing the replacement for CCGS Hudson. The research vessel based at the Bedford Institute in Halifax dates from 1962 (when it was launched by Saint John Shipbuilding & Dry Dock) / 1964 (when it was commissioned) and is justifiably renowned for its many scientific discoveries. Although built as a hydrographic research vessel it has also conducted significant oceanography work, and as a Coast Guard vessel, has been multi-tasked. It participated in recovery operations following the sinking of the Ocean Ranger in 1982 and the Swissair crash in 1998 among others.
The replacement vessel will be 90m long and will accommodate 59 crew and scientists. It will play essentially the same role as Hudson, but will include many newer features including dynamic positioning.
STX Canada Marine is the former Aker Yards Marine Inc and its Canadian operations are based in Vancouver.
Robert Allan Ltd, also of Vancouver, will prepare a single design for three new offshore research vessels to replace the Alfred Needler and Wilfred Templeman on the east coast and the W.E. Ricker on the west coast. These will carry 39 crew and scientists and will do fish surveys and oceanography. The current ships are essentially stern trawlers, but the new vessels will have upgraded capability. Alfred Needler, based at Bedford Institute and Wilfred Templeman, based in St.John's, are sister ships, built at Ferguson Industries in Pictou in 1982. W.E.Ricker was built as Calistratus in 1978 in Hokkaido, Japan.
These are design contracts only, and no construction contracts have been awarded yet. However it is expected that all the ships will be delivered in 2014, allowing Hudson to celebrate its 50th anniversary.
.
Posted by Mac at 8:55 PM