I have heard nothing official, but the word on the waterfront is that Scotia Dock II is a write off. After sinking May 8 and spending a month on the bottom, the dock was raised but my sources say it is too far gone to be repaired. The cost would be prohibitive, they say, and so the craft will be scrapped.
When this might happen and what the yard will do for a replacement remains to be heard. 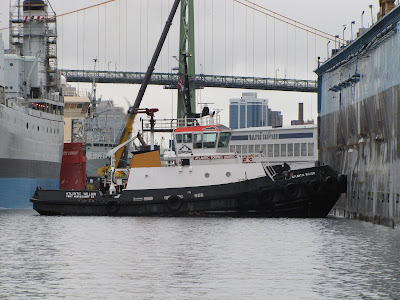 1. Atlantic Willow pushes up on Scotia Dock II this morning as lines are resecured after last night's blow. Some mighty big indentations of side walls indicate the incredible pressures that the dock experienced in the sinking. 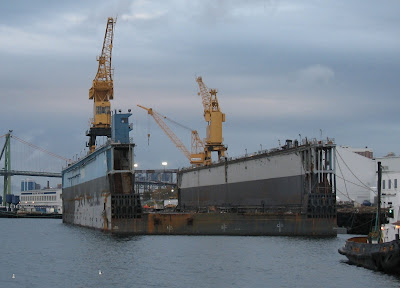