CPO Miami, Zim Tarragona - in from the fog

A swirling band of fog greeted CPO Miami and Zim Tarragona as they arrived for Halterm this morning. 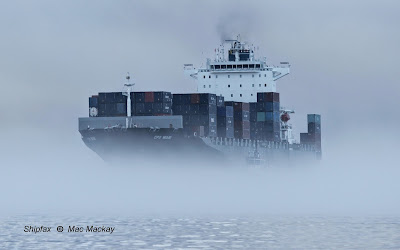 CPO Miami emerges from the band as the tug Atlantic Larch comes alongside. (Atlantic Willow is on the ship's starboard side, out of view.) 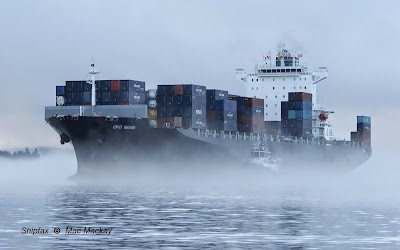 The fog had thinned a bit once the ship reached Pleasant Shoal.

CPO Miami is here to take on the cargo of the broken-down Stadt Cadiz running for the joint Maersk - CMA/CGM transatlantic service. See: http://shipfax.blogspot.ca/2015/05/maersk-help-on-way-to-be-updated.html 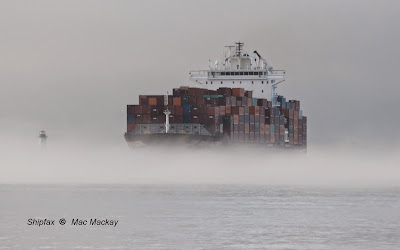 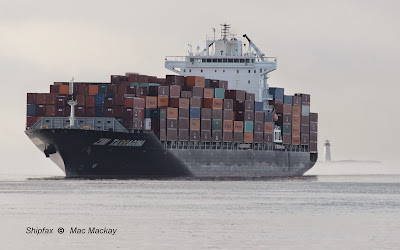 It was quite clear at Pleasant Shoal.

Zim Tarragona is a regular caller on Zim's service. It was built in 2010 by Jiangsu Yangzijiang, Jiangyin, China. At 40,542 grt and 50,089 dwt it carries 4256 TEU (698 refrigerated).Rickmers Management operates the sip under the Liberian flag. 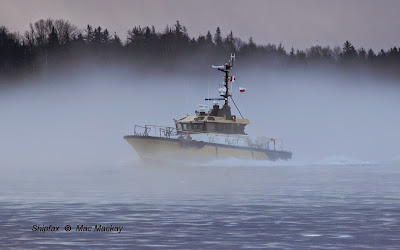 Chebucto Pilot stirred up the fog as it sped inbound. 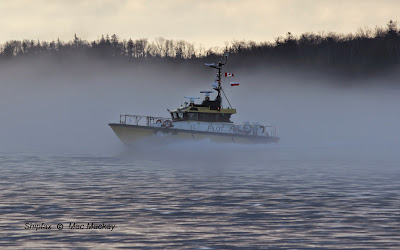 The sun tries to burn its way through the lingering fog.
.
Posted by Mac at 7:51 AM