The second member of the Hibernia Express cable laying team arrived this morning for pier 28. Decisive is a sister ship to Resolute that has been working for the past week on laying the shore end of the new cable from Halifax to Cork, Ireland. 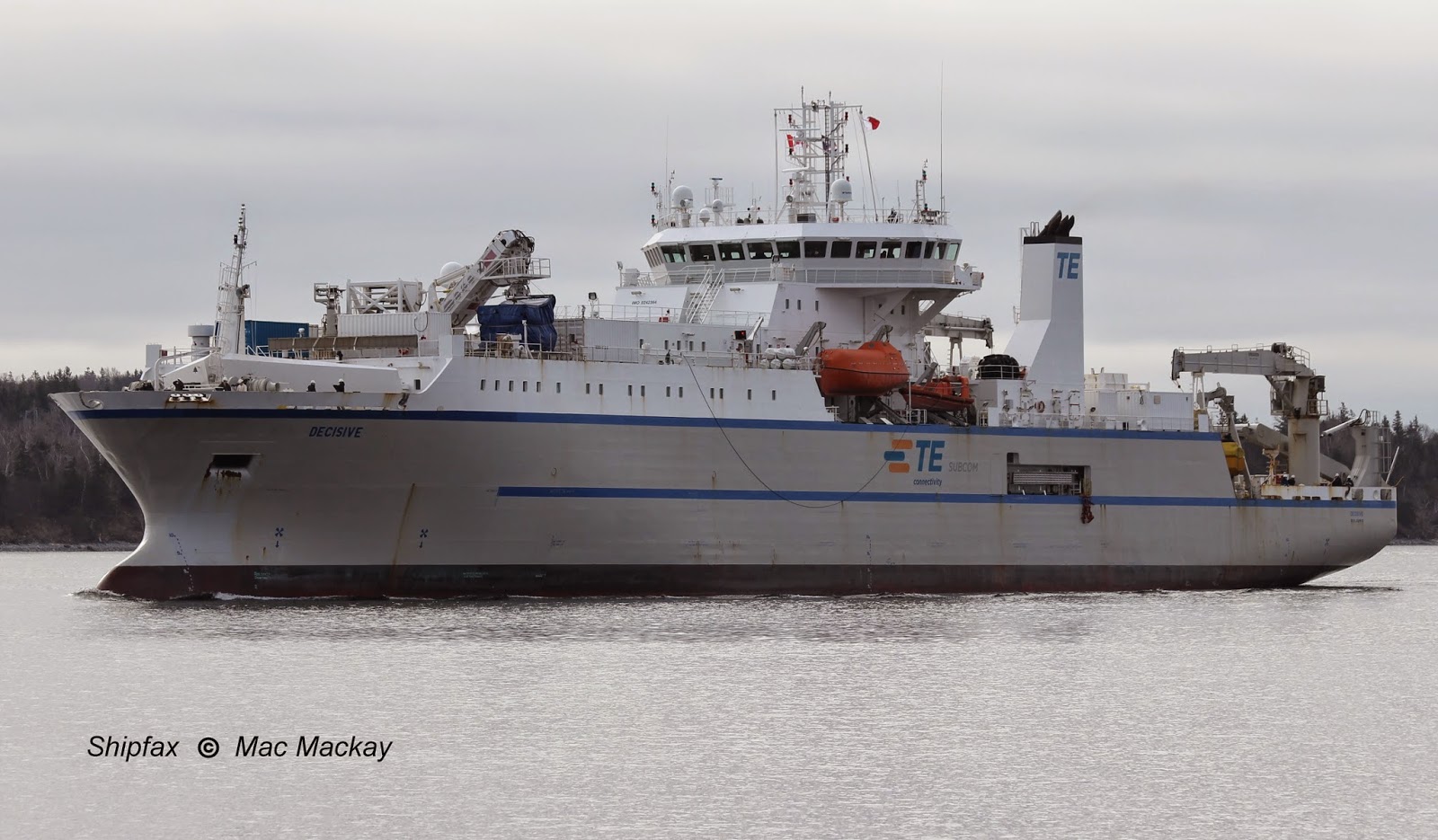 Decisive's job is route clearance, pre-lay grapnel run and general support, and has been granted a Canadian coasting license for the work from March 10 to September 10.
Although the ship is a sister to Resolute it has different equipment installed. Most notable is the crane on the foredeck, instead of the gantry on Resolute.