Fishing Boats, Now and Then - UPDATED

Once upon a time Halifax was a major fishing port, but nowadays, things are different. We usually see the herring seining fleet once or twice a year for a week or so at a time as they chase the migrating herring, otherwise it is only the odd boat in for repairs, now and then.

This week we have had visits form both. As previously reported the herring seiners are in and out, including Morning Star one of the newer boats, even though it was built in 1991 by Caraquet Marine Ltd in New Brunswick. 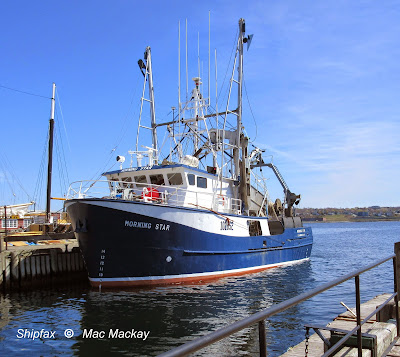 In for repairs was the Setting Sea II, not a herring seiner, but a scalloper, set up for stern dragging.
It was built in 1978 by Georgetown Shipyard Inc in Prince Edward Island. It tied up at the Svitzer Canada dock and sailed this evening to return to fishing on St-Pierre Bank. 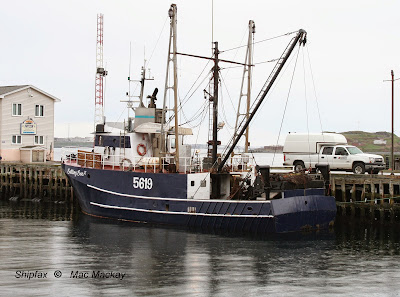 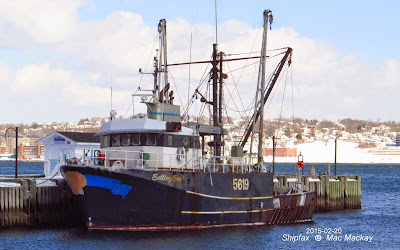 Back in February the boat was also in Halifax. The bow is decorated with a large scallop.

Scallops are bottom dwelling shellfish, and they are caught by dragging a rake and chain bag along the seabottom. The scallops are shucked immediately and the shells are thrown back to restore the seabed.

Both boats are short and wide and use outriggers with paravanes to maintain stability at sea.

There are still may smaller fishing boats around the entrances to Halifax harbour. 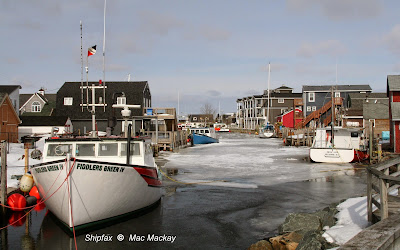 Eastern Passage is picturesque, even in March when it is iced in.

Sambro is home to several larger boats, one of which is Ivy Rose. It was built in 1999 by A.F.Thériault & Son Ltd in Meteghan River, NS. 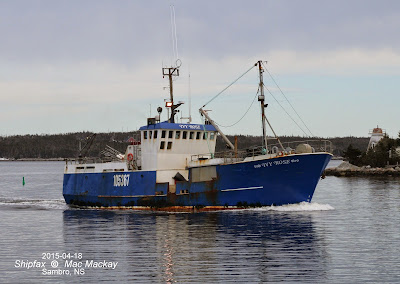 It is seen here returning from the fishing grounds.

Many smaller boats are also based in Sambro, both lobster boats and longliners. 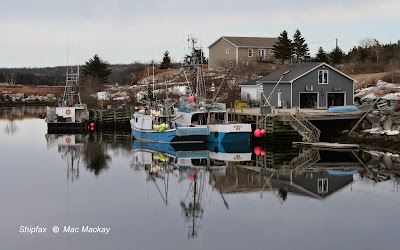 The deceptively placid waters of Sambro Creek (the incoming tide was running at a fair clip when I took this in April) has several wharves. Alongside on e of them is the remarkable Oran II, built in 1957 by John McLean + Sons Ltd in Mahone Bay. It has been fishing out of Sambro ever since I can remember. Though often rebuilt and re-rigged here is what it looked like in 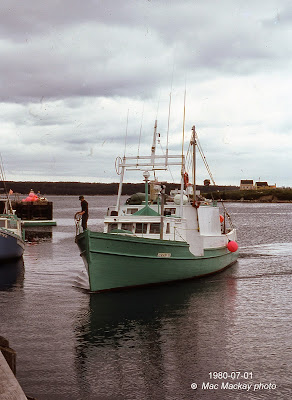 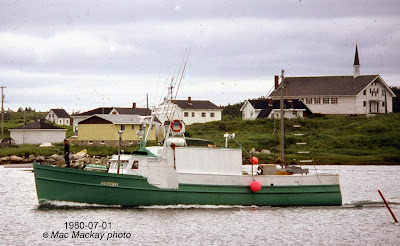 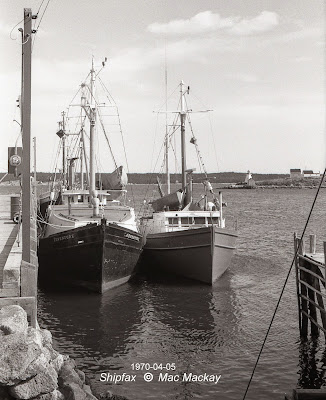 Alongside the schooner hulled Adventure, also built in 1957, but in Shelburne, NS.