The fog creeps in

"The fog comes on little cat feet. It sits looking over harbor and city on silent haunches and then moves on."
Carl Sandburg had it right when it comes to today's harbour conditions. 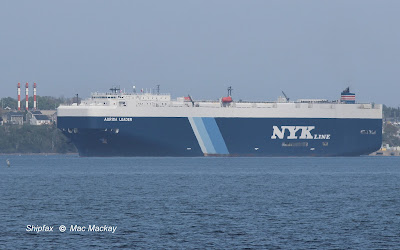 Exiting Eastern Passage it was all clear.


As the autocarrier Auriga Leader sailed from Autoport, in bright (warm) sunshine, the fog was  lurking off shore and crept its way in as the ship made its way out. 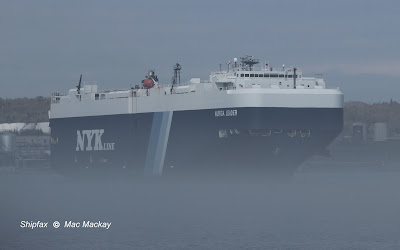 There was low fog at Ives Knoll 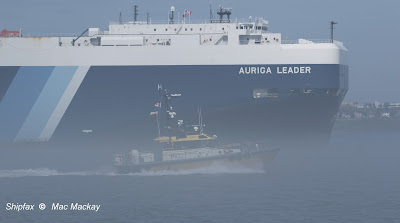 From my vantage point at the Halterm Breakwater, it was beginning to get thick.

By the time the ship reached the Middle Ground between Ives Knoll and Meagher's Beach it had vanished from view. 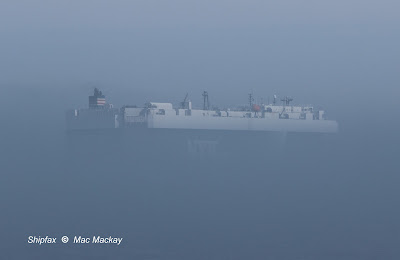 Auriga Leader, operated by NYK Line under the Singapore flag, was built in 2008 by Mitsubishi Heavy Industries in Kobe. It measures 60,123 grt, 18,686 dwt. [Auriga is a medium sized constellation, whose brightest star is Capella.]

Needless to say there was no attmept to capture the arriving  Courageous Ace - maybe tomorrow.