The perennial cruiser Maasdam made it first call of the season today. Built in 1993 it has been a regular since 1999. This year it is expected to make 16 visits. Sistership Veendam has also been calling here for several years, and its first of eight scheduled calls is on for May 18. 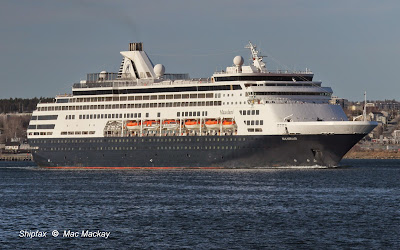 Maasdam made the news last week when it returned to Port Everglades with about 60 cases of gastrointestinal illness. Holland America stated that they would thoroughly sanitize the ship before embarking on its next trip (this one) a 15 day outing to Montreal from Fort Lauderdale.


Freya finally sailed today. It arrived April 26 but was unable to start working cargo of rail for some days due to a crane malfunction. 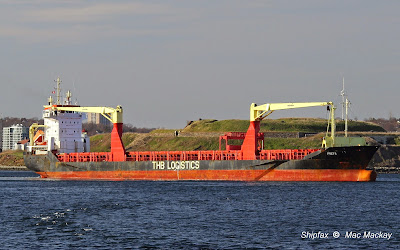 Freya's hull is sponsoned in way of the cranes.