It was quiet in Halifax harbour for most of the day, then all activity seemed to be happening at once for a short time, before quietng down again. Here is a north to south tour: 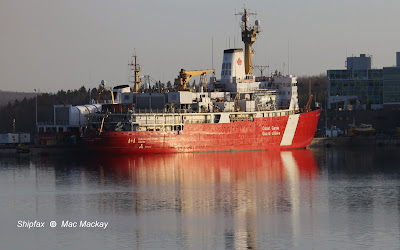 Louis S. St-Laurent at BIO, and behind her Sir William Alexander prepares for  trials trip.\

At pier 9C the beleaguered Harefield, still undergoing repairs since March 21, has been keeping her crew busy on daywork touching up paint and maintaining the two gantry cranes.

I noticed last evening one of the gantry cranes had been moved toward midships, and the crew were working on deck. 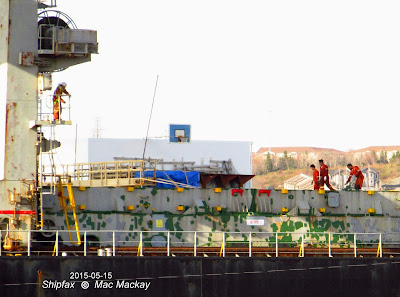 Today I discovered why... 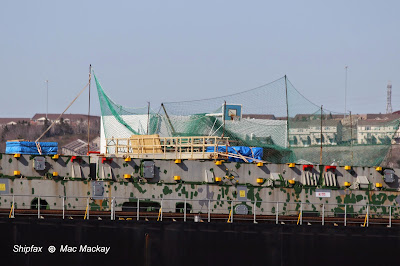 They had built a net screen around their basketball hoop, to contain errant free throws. After being in port for nearly two months, and to now built this net, suggests that they expect to be here for some time to come.

At pier 9 the classic herring seiner Margaret Elizabeth No.1 put in one of her occasional appearances. 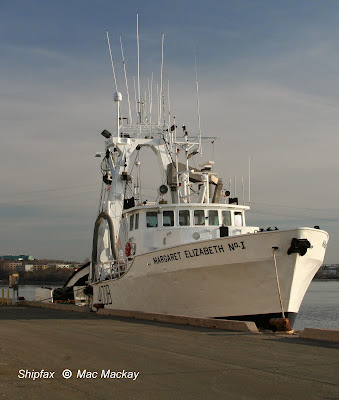 Early this morning the autocarrier Grand Ruby anchored for the Canadian Food Inspection Agency to conduct a check for Asian Gypsy Moth. 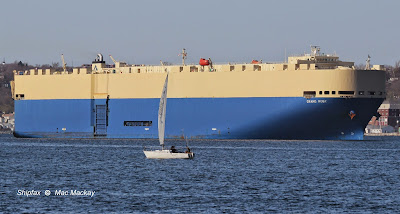 Once the berth at Autoport was clear later this afternoon, the ship weighed anchor and got underway.

At Autoport since mid-day yesterday, Wallenius Wilhelmsen's Elektra finished its work mid-afternoon and got underway to move over to the Halifax side to unload machinery at pier 31. 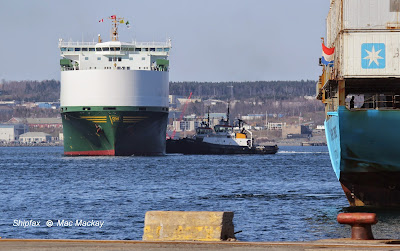 and turned the ship in number one anchorage to back it in to pier 31. Appearing on the right is the arrival for Halterm: 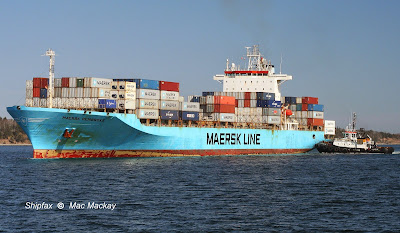 Maersk Pembroke looks pretty good in the afternoon sun, on arrival from Montreal. 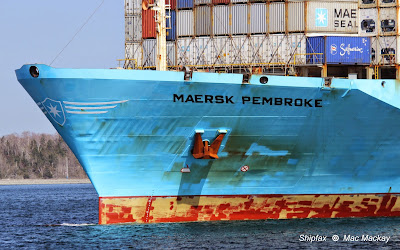 But on close inspection the ship is definitely showing signs of heavy use. The wrinkled bow plates speak of heavy slamming into seas as it makes its way back and forth across the Atlantic.

The port then returned to relative quietude.
.