The third and final new ship built for Imperial Oil, based on the original concept of the Imperial Acadia, was Imperial St.Clair. Imperial returned to Port Weller Dry Dock for construction of this ship, which was intended primarily for service on the Great Lakes. It was slightly smaller than Imperial Bedford, measuring 7964 grt and 12,708 summer dwt, but about 10,000 dwt at Seaway draft of 22'-6" and a capacity of 105,645 bbls at 26' draft. It had a noticeably bluffer bow, which was more vertical above the waterline, but was built to the same ice standard as the two previous ships.It entered service in April 1974 and headed directly for Montreal and salt water.

In December 1976 it began a three year winter navigation experiment on the Great Lakes, and was the first Canadian ship to do this. It did run aground near Parry Sound and was holed in 1976, but the experiment was deemed reasonably successful, and tankers continue to operate off an on in the winter.

At the end of the experiment the ship had major hull repairs at Port Weller in July 1980 and became the first Canadian ship to have a satellite communication system (MARISAT), which was especially useful in working in remote locations such as the arctic.

Imperial St.Clair shows signs of working in the Seaway locks, with scrapes and scratches on its hull. The heavy fendering was intended to reduce impact and the chance of sparks. 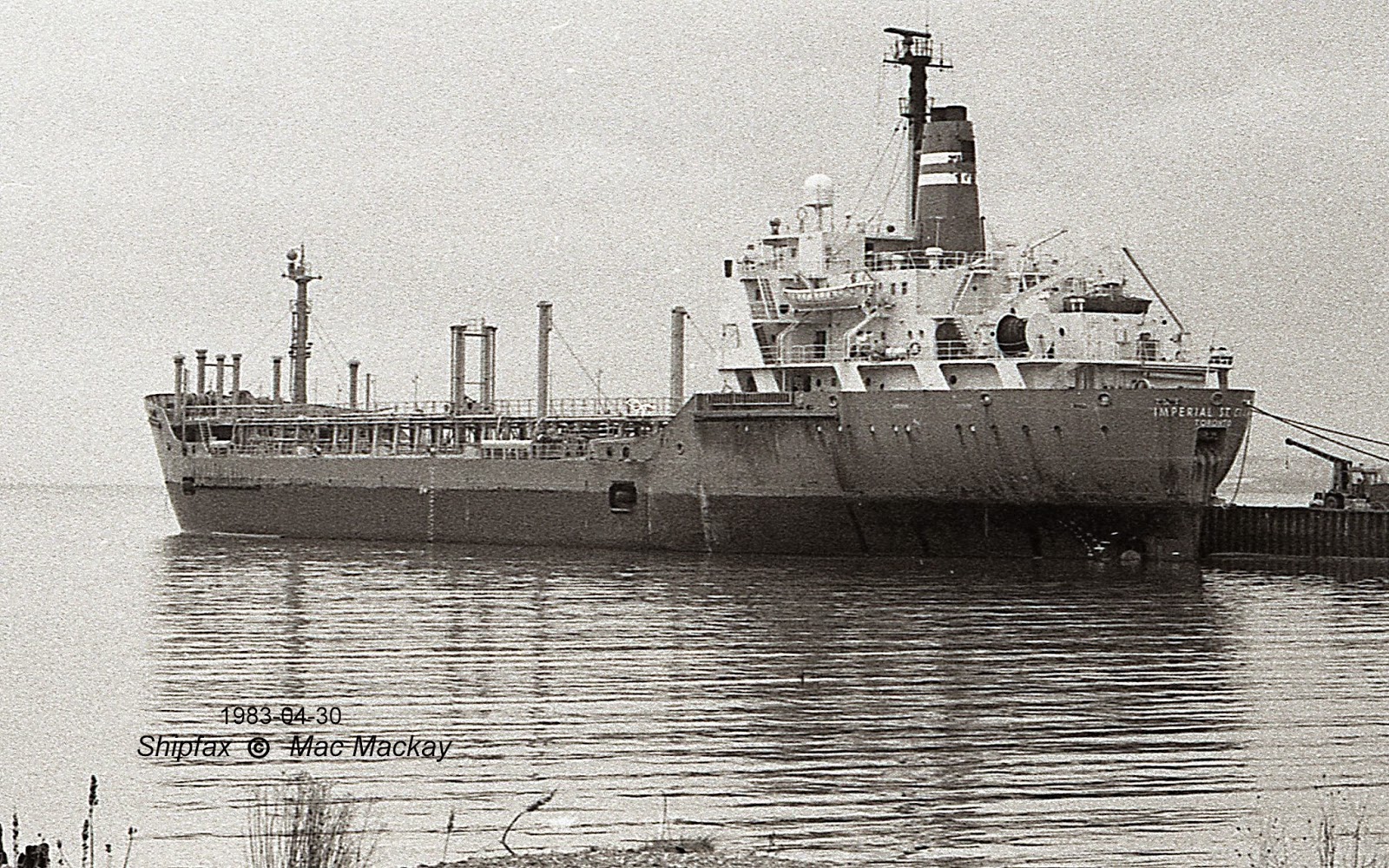 As built, the ship had special pneumatic fendering set into the hull at the waterline. These consisted of rubber tires, which could rotate on a vertical axis, and were intended to absorb the impact of contact with lock walls. However they did not allow for vertical movement (as the water levels raised or lowered in the locks) and were later removed and plated over.

In summer the ship would typically work on the St.Lawrence, east coast and into the north. It was also fitted  with an oil spill containment boom reel on its after deck.It was also equipped to transfer fuel to tidal ports such as Frobisher Bay (Iqaluit)

In 1998, along with the rest of the Imperial fleet, it was sold to Algoma Tankers and renamed Algosar, (SAR for Sarnia, its Great Lakes home port) although it did still call in Halifax from time to time. 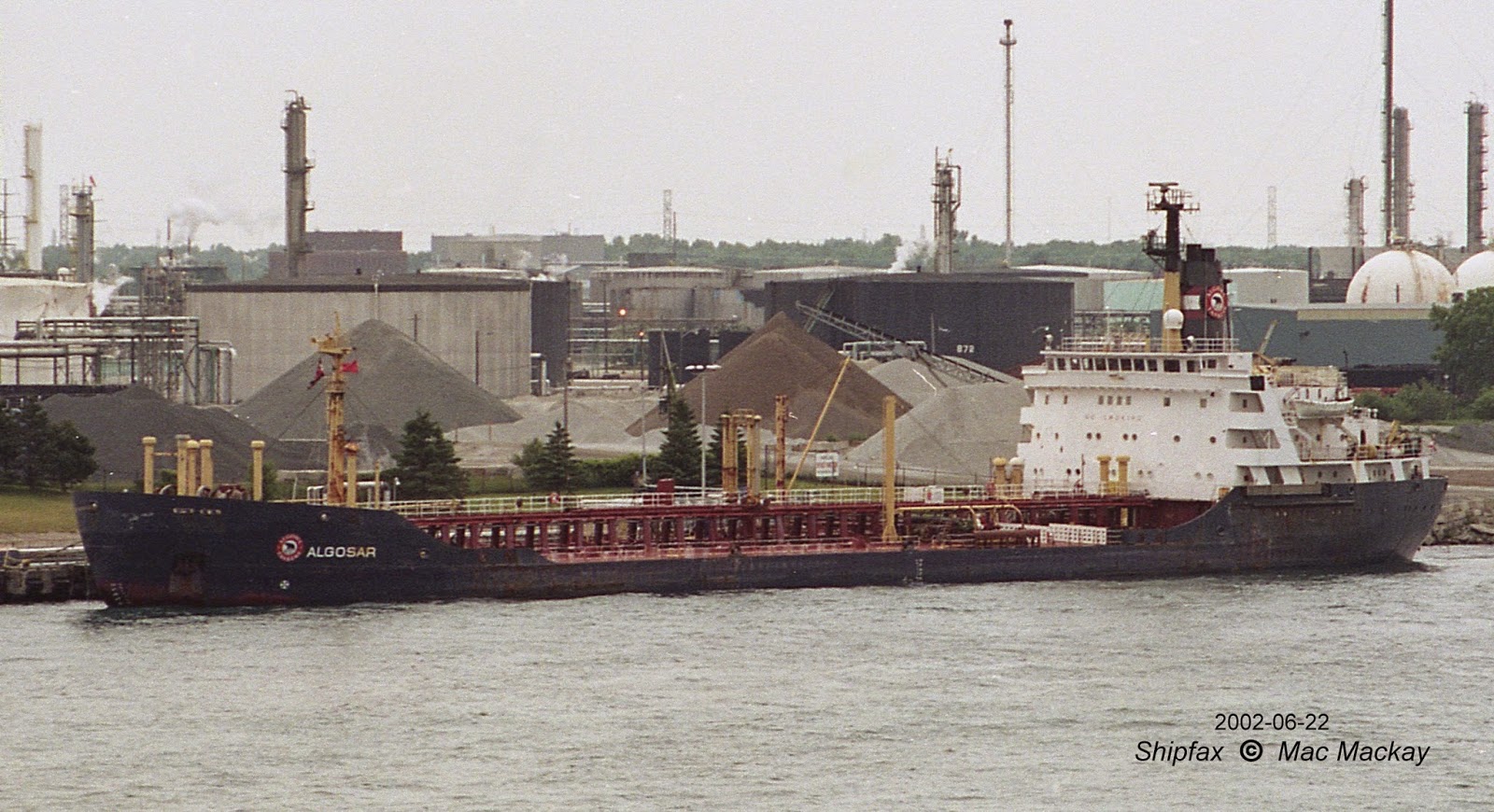 Algosar at its namesake port of Sarnia. 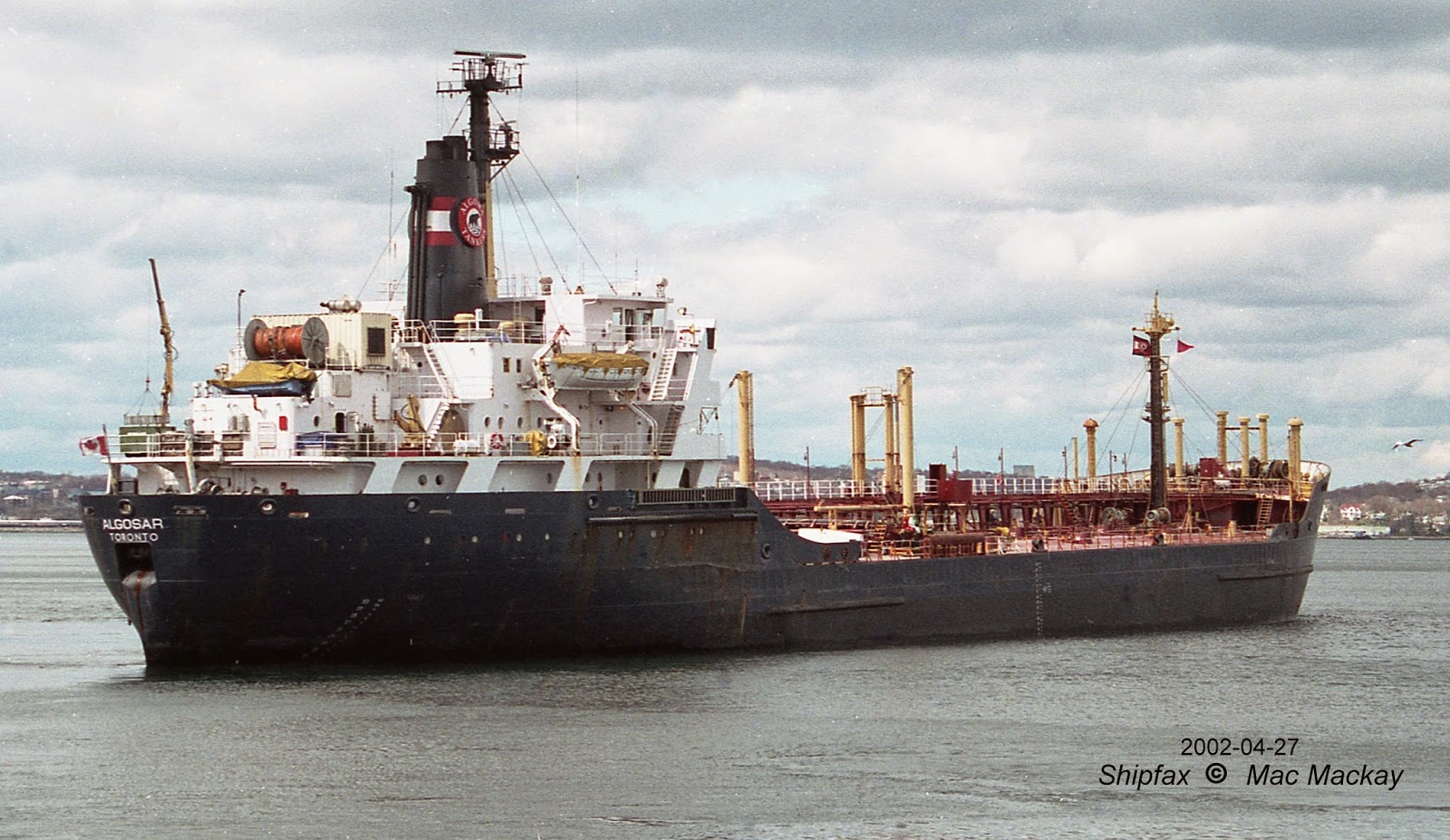 Algosar was registered in Toronto, but made frequent trips off Lakes. High astern is a reel with containment boom and work boat. A package genset had also been added.

On December 26, 2004 the ship arrived in Halifax on its last trip and moved to the IEL dock where ownership was transferred to Genesis Worldwide Shipping of Nigeria. Renamed Genesis Explorer under the Cook Islands Comoro Island flag, it sailed January 12 for Quebec City. There it loaded a cargo of tallow for delivery to Lagos, its new home port. Once in Nigeria it hoisted the Nigerian flag and was used in bunkering work in the Lagos area.

Winter conditions were a novel experience for the ship's Nigerian crew. 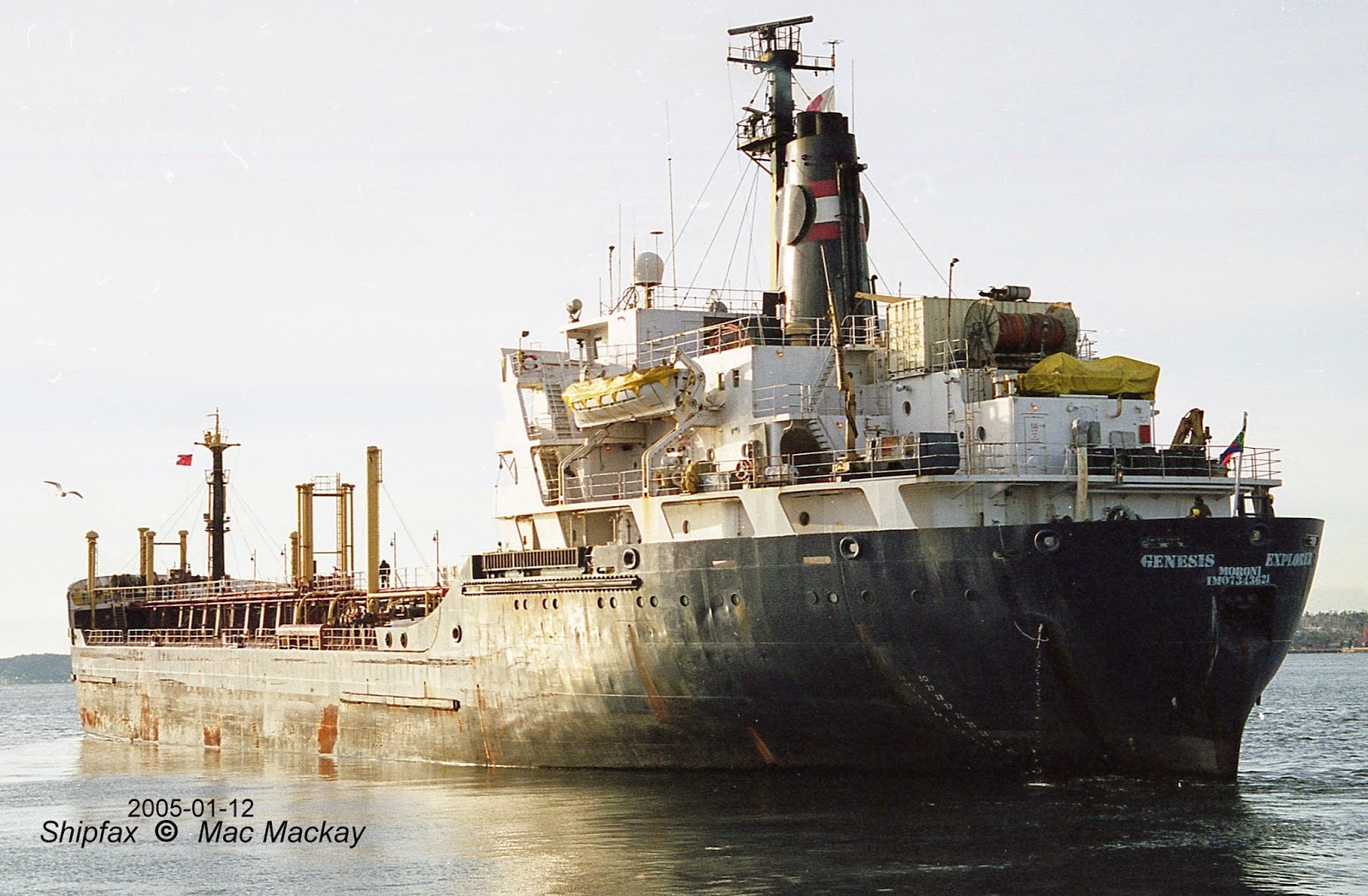 Leaving Halifax for the last time, the ship was registered in Moroni, Cook Islands, for the trip to Nigeria, by way of Quebec City.

Nigerian domestic shipping, despite cabotage laws, was  in free fall, and Genesis sold the ship in April 2011 to Lavorani Shipping of Panama and it was renamed Explorer, still under the Nigerian flag. It was reported broken up later in the year.