The Royal Canadian Navy's "afloat sustainment point" Asterix returned to Halifax today April 17 after nearly a month at sea. The ship sailed from Halifax March 21, first for NATO exercises and a call in Bermuda, then on across the Atlantic as far as the English Channel approaches with HMCS Halifax. 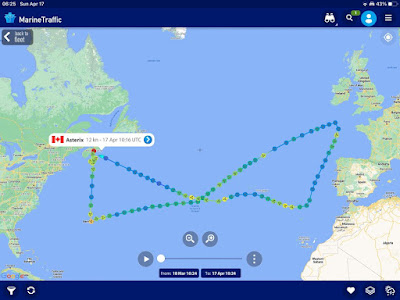 The ship then returned solo via the Azores, recrossing its eastbound track mid-Altantic. There may be some explanation for that odd return track- perhaps it was to stay clear of any iceberg zones. (This was  Titanic anniversary week). 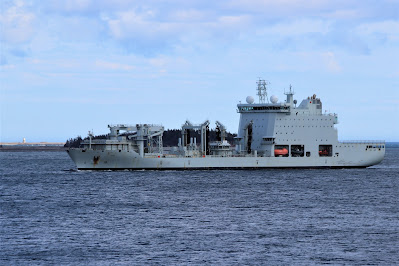 Once past Mauger's Beach the ship deployed a couple of fast craft - which sped off into the harbour. 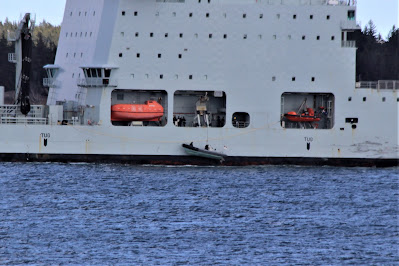 The ship is leased by the Royal Canadian Navy, and has a civilian crew. It therefore takes a civilian pilot and uses civilian tugs when arriving or departing port. However it also carries some navy personnel for specific duties, and I suspect these boat crews are navy matelots doing some boat drills.