Please Take A Bow plus amendment

The barge Atlantic Marlin was used this afernoon, April 30, to transfer bow sections from Woodside, on the Dartmouth side of the harbour, to Halifax Shipyard. [see previous post of April 27, 2022] 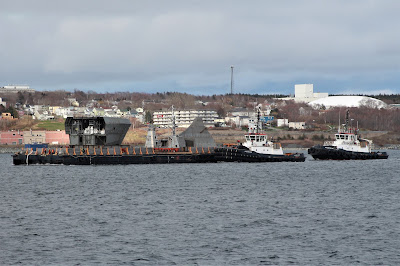 The are two pieces - one is the "sharp pointy bit" with hawsepipes and anchor pockets, which is close to the waterline. The other is to be installed above it. Both  will be incorporated in the fourth Arctic Offshore Patrol Vessel AOPV 433 William Hall. (It was laid down February 17, 2021.) 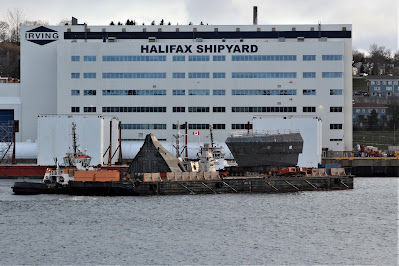 The harbour tugs Atlantic Fir and Atlantic Bear did the work. The tug Atlantic Elm stood by and will remain with the barge at the shipyard while the structures are transferred to shore. 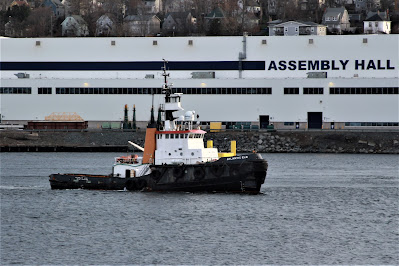 Added info: A closer look at the top photo reveals that there are also two structures that appear to be the bases and lower sections for masts.