The Mediterranean Shipping Company MSC is firmly entrenched in first place in the pantheon of container shipping companies, thanks to an aggressive buying plan that saw the line purchase 186 "used" ships since August 2020. This puts the fleet at 664 ships / 4,351,960 TEU of which 325 are owned and 339 are chartered. (Other sources say the fleet is only 650 ships / 4,337,384 TEU). Among the chartered ships is today's (April 26) arrival, the Liberian registered Varna Bay owned by the drawer in a Marshall Island office building called Arzel Shipping Inc. It is servicing MSC's Indus 2 route from North India.

On arrival this morning Varna Bay took the western channel, allowing the Norwegian Getaway a strait run in the eastern channel. [Was the pilot on the cruise ship the Getaway Driver?]

Meanwhile the 5th largest container line, Hapag-Lloyd: 246 ships / 1,741,980 TEU has announced a new service to Saint John, NB. Termed a "seasonal extra loader" [which is code for something - not sure what] the service called the AT3 will use 2200 to 2300 TEU ships running weekly from Hamburg and Antwerp, starting May 14 with Milan Express 2268 TEU followed May 21 with Valencia Express. 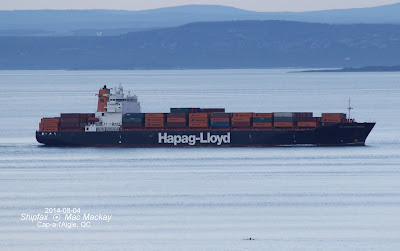 Valencia Express 2330 TEU and a kayak 0 TEU, on the St.Lawrence.

That puts Saint John it in direct competition with ACL's Halifax service which has been carrying H-L boxes for years. 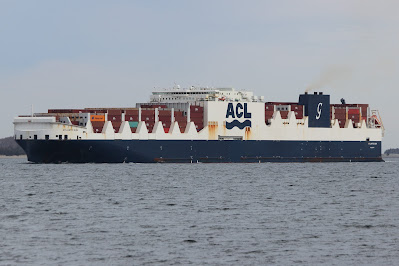 Saint John's rejuvenated relationship with the merged Canadian Pacific / Kansas City Southern (and its newly minted deal with CSX / Pan Am) boasts of shorter rail routes to the US midwest from Saint John through Maine. (CP also has running rights on CSX trackage between Buffalo, NY and Chicago, and operates through trains from Montreal to Chicago, crossing into the US at Fort Erie.) However there is extra sea time to reach Saint John, versus Halifax, which is not publicized. 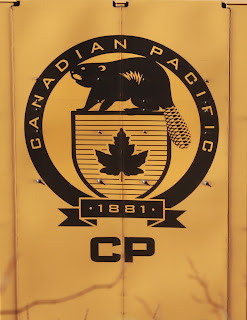 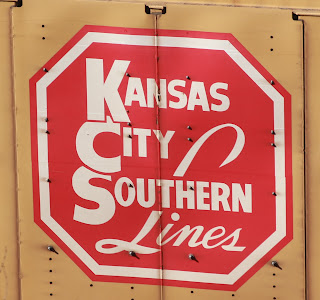 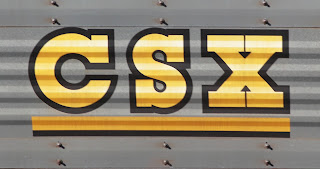 Hapag-Lloyd remains a partner in THE Alliance, which is probably the largest customer of the port of Halifax, so the announcement does not threaten that traffic. It may however effect H-L's and even Maersk's services to Montreal, which take significantly longer sea time and have to deal with ice and whale zones, also seasonally. 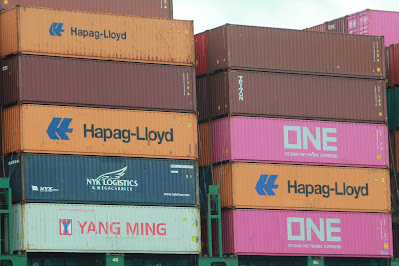